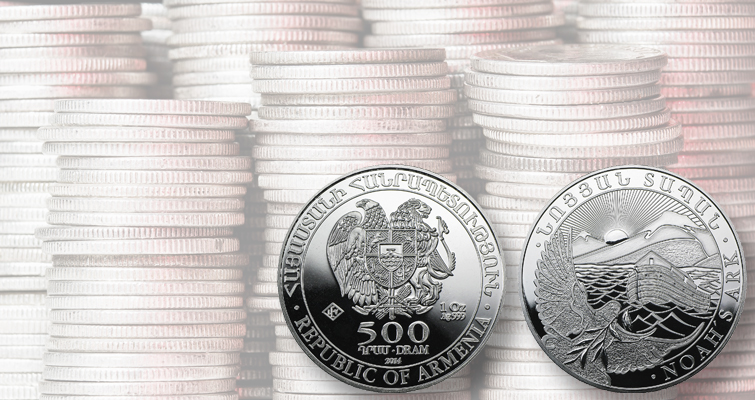 What may be one of the world’s oldest zoos, Noah’s ark, is the centerpiece of a silver bullion program from Armenia. A German firm has coordinated the program since 2011, and seven sizes of coins are now available.

Editor's note: this is the final piece of an article about the rise of silver bullion coins. The complete story originally appeared in the July issue of Coin World.

Following China’s lead, Australia honors a native animal, in this case the Kookaburra (a bird known for its distinct laughing-like call), as the subject for its silver bullion coin. The coins are struck by the Perth Mint, which is owned by the state of Western Australia. The coins are considered legal tender and struck in the name of Australia.

The .999 fine silver $5 coin, in another nod to the Panda program, changed designs annually. The denomination was altered, though, after just two years. Since 1992, the 1-ounce silver coins are denominated $1.

Multiple-ounce sizes have been part of the program from the beginning, with 2- and 10-ounce options, as well as kilogram-sized coins (which were also offered, along with half-ounce versions, as Proofs).

The third entry in Australia’s silver bullion program is the Koala 1-ounce .999 fine silver bullion coin, which emerged in 2007. Three other sizes, a half-ounce, 10-ounce and kilogram coin, are offered.

Koala coins do not have a mintage limit, but rather the mintage is determined by sales during an 18-month period.

Although not as successful as Australia in its offerings, the United Kingdom is an issuer of silver bullion coins as well. The Britannia silver £2 bullion coins, introduced in 1997, 10 years after a gold bullion program began, became the flagship bullion issue for the United Kingdom. However, the coin was initially struck from Britannia silver, which is .958 fine. Although the .958 fine coins contain an ounce of silver, the Britannia £2 coin gained little traction around the world, perhaps because of the lower fineness.

The reception to the Britannia changed in 2012.

Before the switch, the Britannia 1-ounce bullion coin had an authorized mintage 100,000 pieces annually. Limited numbers of Proof versions were issued infrequently. Since the switch, mintage restrictions have been loosed as the Royal Mint seeks to own more of the market. Though mintage figures have not been announced, the Royal Mint has since had to expand bullion production facilities and add production shifts in response to increased demand for the finer Britannia.

In 2014, the Royal Mint also began a Lunar silver bullion series, honoring the animals of the Chinese Zodiac calendar.

Austria’s history as a popular silver producer got a boost nearly a decade ago.

One coin that has been well-received during its relatively young life is Austria’s Vienna Philharmonic .9999 fine silver €1.5 coin, introduced in 2008 as an addition to a gold bullion program that has been around since 1989.

The Vienna Philharmonic silver bullion coin program enjoys continually rising demand, unlike some series that started with a bang only to see demand wane. The Austrian Mint has not expanded silver offerings, but in 2016 did launch a platinum version.

Rarely encountered in the United States is the silver 3-ruble bullion coin from Russia that made its debut in 2009, extending the young St. George the Victorious gold bullion franchise launched in 2007. The obverse of both bullion coins shows the two-headed eagle emblem of the Central Bank of Russia. The reverse displays an image of Saint George the Victorious sitting on horseback and spearing a dragon.

Silver bullion coins aren’t the sole province of national mints, as collectors and investors might infrequently encounter the Taku turtle .999 fine silver $2 coin from Fiji or the Elephant .999 fine silver 100-shilling coin series from Somalia, coins struck by private minters on behalf of the issuing nations and promoted to European and other audiences outside of the United States.

Since 2011, Armenia has issued an annual silver bullion series honoring the biblical Noah’s ark, which some people believe rests on a mountain on the border of Armenia and Kurdistan. What began as a three-coin series in 2011 (with quarter-, half- and 1-ounce sizes) was expanded in 2012 to include 5-ounce, 10-ounce, 1-kilo and 5-kilo coins.

The Armenian program is issued under the auspices of a German firm, Geiger Edelmetalle, and there appears to be no mintage limit for the coins.

Worldwide, demand for silver bullion coins was at record highs in 2015, if one takes U.S. Mint sales figures as an indicator, and generally Canada’s silver sales follow behind the United States.

The Royal Canadian Mint, however, no longer discloses sales figures for specific coins in its bullion program, noting in its most recent annual report only that it sold 34.3 million ounces of silver bullion in 2015, compared to 29.1 million ounces in 2014.

The figure includes special issues like the Birds of Prey bullion coins, which each have a million-coin mintage, and it may contain other special bullion pieces as well.

Continued entry of new private issuers into the marketplace suggests that there is unmet demand for bullion, especially for novel designs or from “new” places.

Whether other world mints and issuers join the fray is yet to be seen, but the silver bullion marketplace already offers an awe-inducing number of options for the willing collector or investor 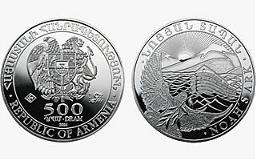 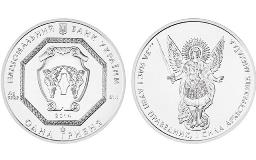