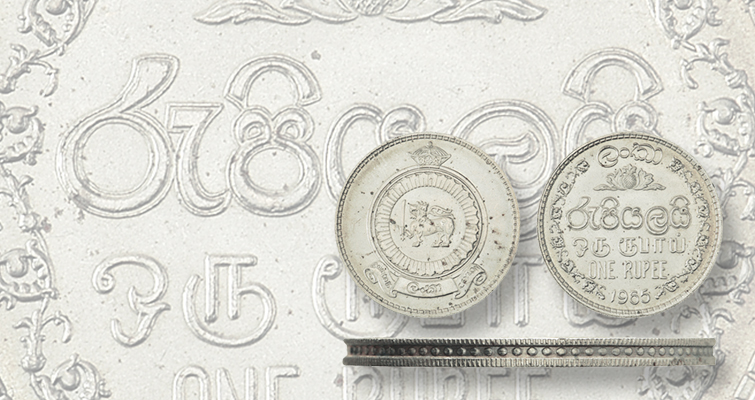 In this example of a fairly elaborate and sophisticated security edge, a reeded edge is split in the middle by a beaded groove. The coin depicted is a 1965 rupee from Ceylon (now Sri Lanka). 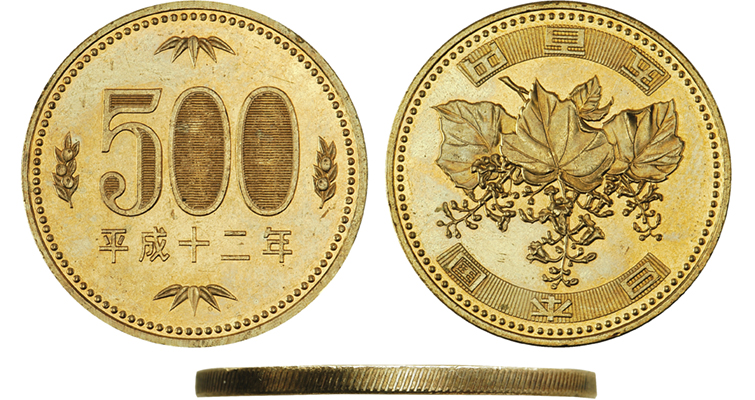 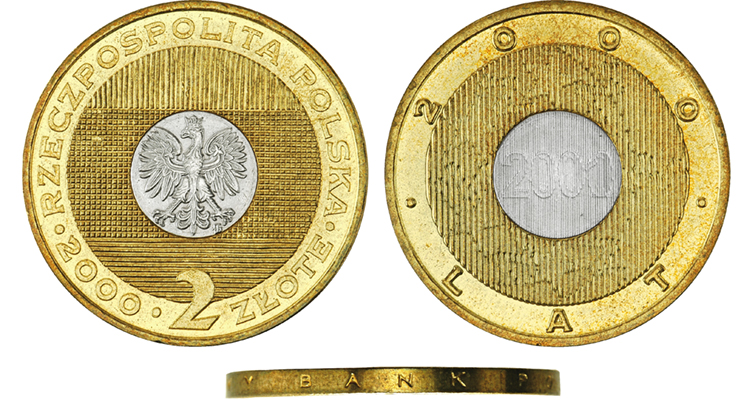 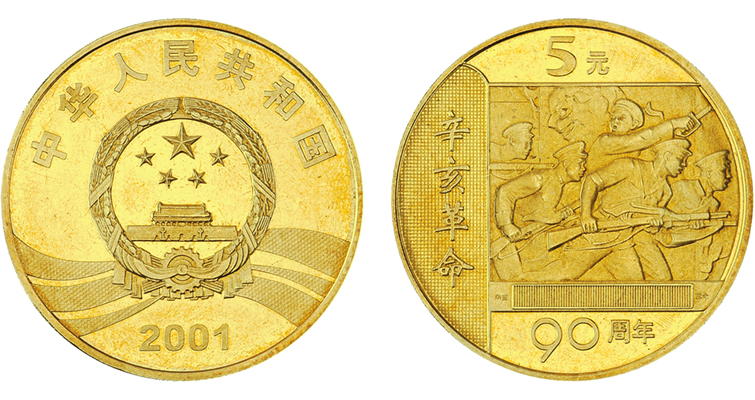 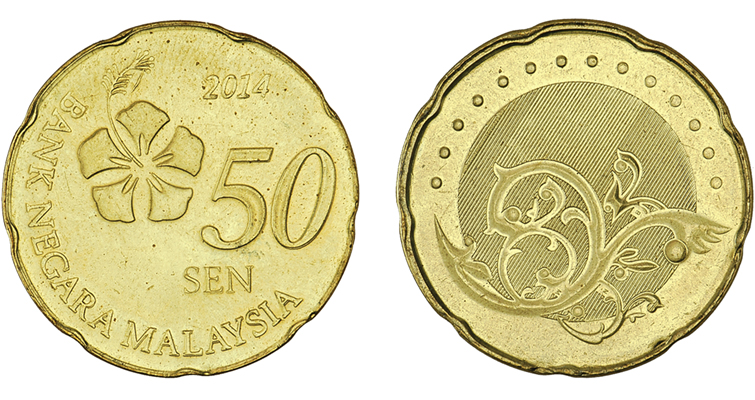 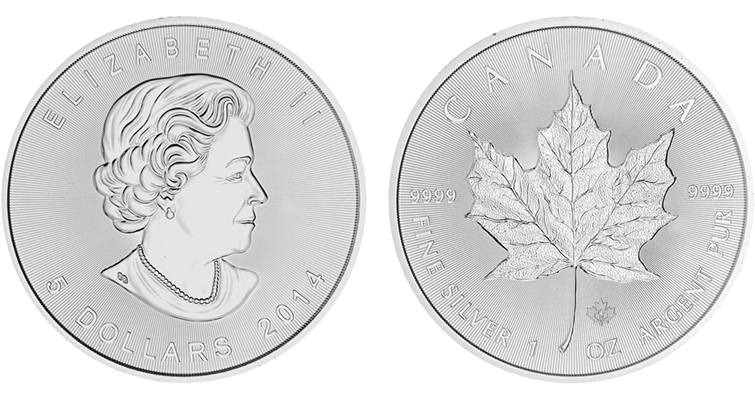 The fine perfectly spaced lines radiating across the surface of the Canadian 2014 Maple Leaf silver bullion coin would be extremely difficult to replicate. Canada calls this “micro-radial anti-counterfeiting technology.” 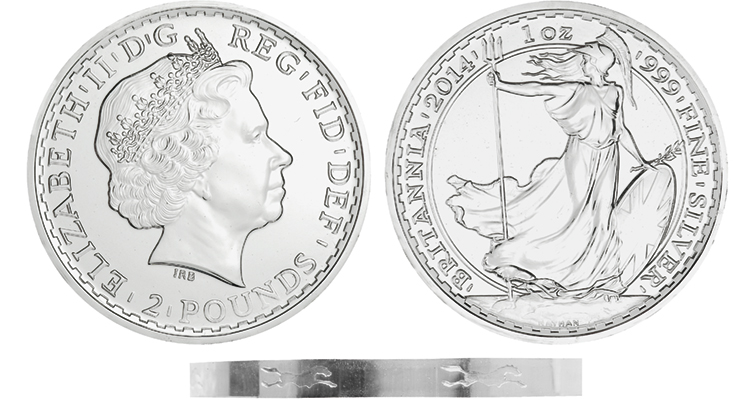 The 2014 Britannia Horse Privy marked silver £2 bullion coin has a pattern of tiny galloping horses repeated all the way around the edge as a security measure and as a nod to the Year of the Horse. 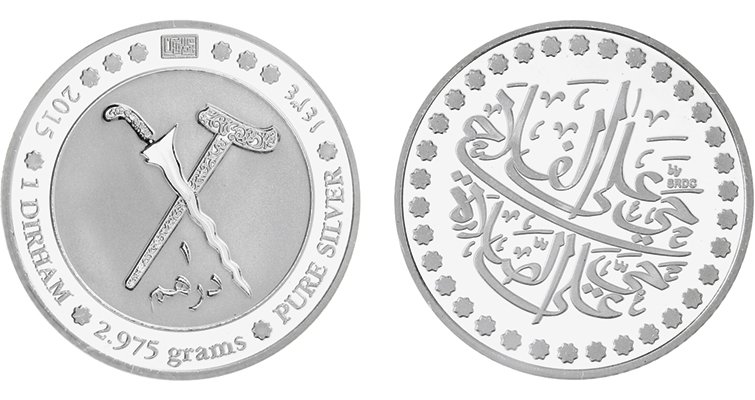 World mints are constantly striving to advance the technology of coin security, to stay at least one step ahead of the counterfeiter.

Security measures also discourage fraud like clipping. Clippers shave the plain edges of coins made from precious metal. One of the oldest techniques for confounding the counterfeiter and the clipper revolves around altering the coin’s “third side,” or edge. An enhanced edge can have indentions, reeds, grooves, letters, or a pattern. And the complexity of the edge an be further enhanced by a patterned rim on both sides of the coin.

A “security edge” is a combination of edge alterations, such as grooved and reeded together.

The high cost and difficulty associated with security edging means that it is not common, but it is always interesting.

The edge has evolved over the centuries from a simple set of reeds to discourage clipping to the complex varied security edges of the 20th century that also discourage counterfeiting.

The 1963 to 1971 rupee from Ceylon (now Sri Lanka) has an excellent example of a security edge. The edge device of the 25-millimeter copper-nickel coin is reeding cut in two by a beaded groove. By the 1980s, the security edge on the rupee had been replaced with simply a reeded edge.

Substituting is another type of fraud. In the 1990s, South Korean 500-won coins began showing up in Japanese vending machines made for 500-yen coins. The Korean coin had only 10 percent of the value of the Japanese coin. Canceling the transaction forced the machine to return a genuine 500-yen coin instead of the original 500-won piece.

As Japan has the highest number of vending machines per capita in the world, this was a big problem. Vending machines were changed to reject all but the new more secure 500-yen coins made beginning in 2000. The new 500-yen coin had helical ridges (spiraled reeds) on the edge. The design included latent imaging, microlines thinner than a human hair and invisible to the naked eye, and microdots and miniscule letters.

Poland also introduced a high-tech tough-to-copy ringed-bimetallic coin in 2000 with multiple security features, the 2-zloty coin. The edge was engraved, and the inscription 2000 LAT (2,000 years) encircles the central design devices on the reverse. The latent image date on the reverse changes back and forth between 2000 and 2001, and another area of the design moves back and forth from stars to lightning bolts. Horizontal and vertical microlines were added, as well.

China is widely regarded as a major international counterfeit coin source, so collectors took note of its first “anti-counterfeiting coin” in 2001. The 5-yuan coin commemorating the 90th anniversary of China’s 1911 Revolution was equipped with several special features like microprinting, microlines, and a type of latent imaging that the Chinese called “invisible stealth patterns.”

In 2012, Malaysia totally revamped its coinage. The new 5-, 10-, 20- and 50-sen coins all have different edges: plain, milled, and indented. The two smaller denominations are silver colored and the two larger, golden colored. The coins also use microlines for security and are lightweight to make them easier to carry.

A version of the United Kingdom’s 2014 Britannia 1-ounce .999 fine silver £2 bullion coin has a Chinese Lunar Year commemorative edge design that is also meant to make it more secure. A pattern of tiny galloping horses is repeated all the way around. The 2014 Britannia Horse Privy mark silver bullion coin was issued for the Year of the Horse just as its 2013 predecessor has a snake privy edge for the Year of the Snake. Both animal-edged coins were immediately popular with customers and it is likely that they will end up as part of a 12-year series.

Away from the edge

The fine, perfectly spaced lines radiating across the surface of the 38-millimeter-diameter 2014 silver coin would be extremely difficult to copy exactly. This feature may just be enough to discourage a potential counterfeiter of the coin.

Derived from the Greek “drachma,” “dirham” is and has long been a popular name for a monetary unit in many Middle Eastern nations.

The Jawi calligraphy on the reverse has microengraving around it.

The coins have a reeded edge, and rings of tiny eight-pointed stars, an Islamic art symbol, are positioned just inside the raised rims on both sides.

The coins are issued in several denominations and sizes and are already proving to be a popular wedding gift in the Middle East.