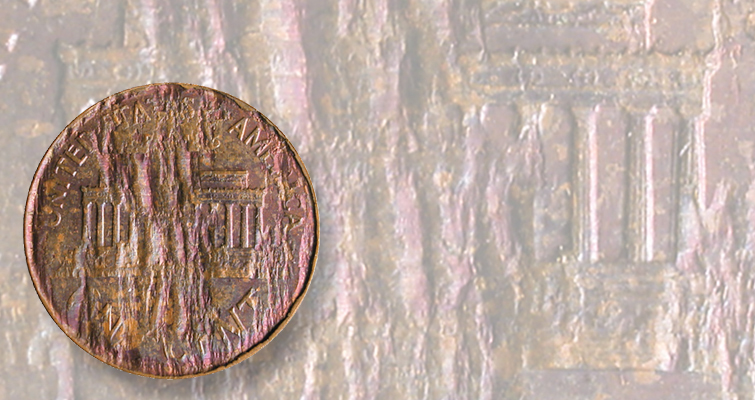 This 1961-D Lincoln cent was struck on a planchet that split before the strike. At 1.4 grams, it is seriously underweight. The reverse was struck on the striated internal side of the split planchet. Images by Mike Diamond. 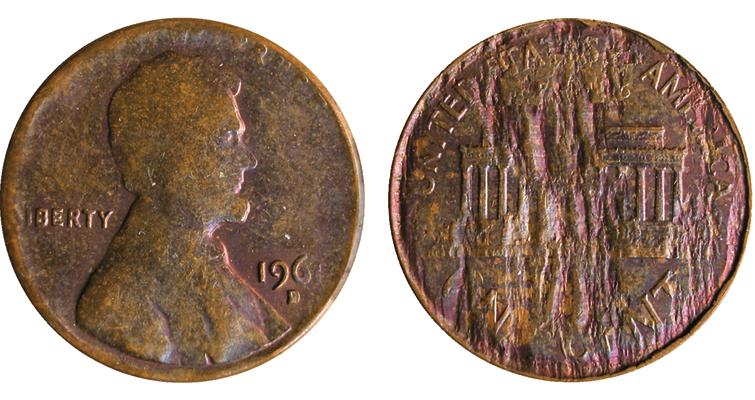 This 1961-D Lincoln cent was struck on a planchet that split before the strike. At 1.4 grams, it is seriously underweight. Images by Mike Diamond. 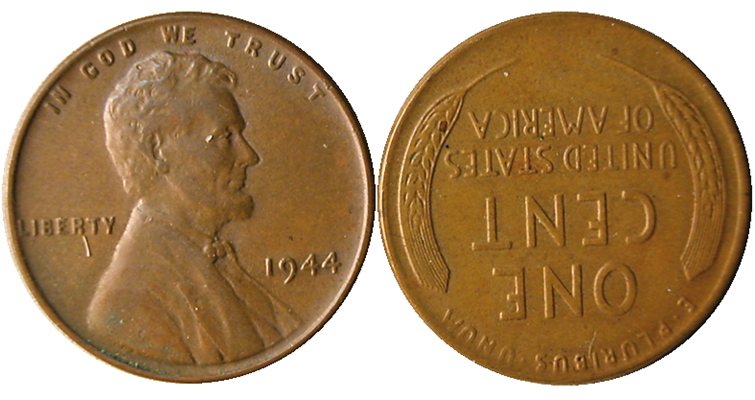 This 1944 Lincoln cent split after the strike. The struck sides of the pieces are shown here. 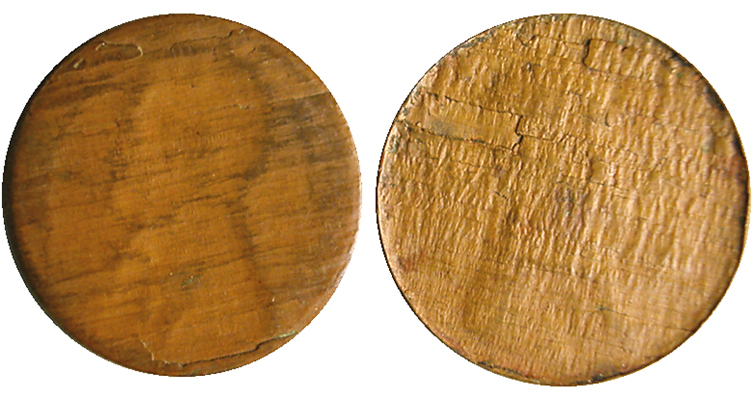 This 1944 Lincoln cent split after the strike. The unstruck insides of each of the halves are shown here. The striations match, according to the author. 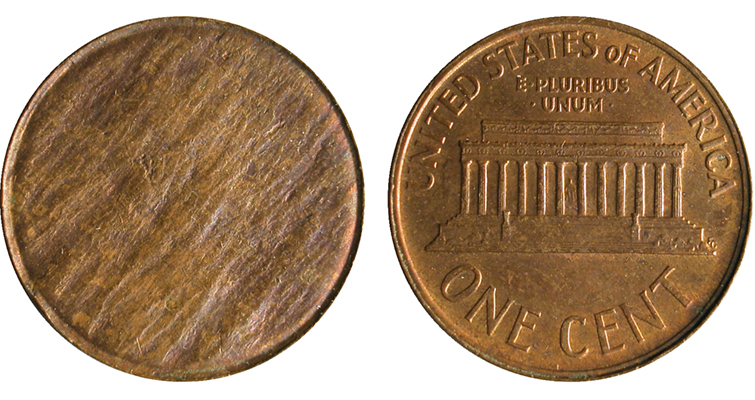 This split-before-strike planchet received an in-collar uniface strike on its obverse face. Such errors are often mistaken for split-after-strike errors.
Previous
Next

A commonly encountered planchet error is the split planchet. Such errors involve a blank or planchet cleaving spontaneously along the horizontal plane. The weights of the two hemi-planchets can be subequal or very unequal; it all depends on how far beneath the surface the plane of cleavage is located.

Split planchets are similar in both appearance and etiology to lamination errors. The latter typically manifest as superficial peeling and cracking. Both errors are believed to be caused by the presence of contaminants in the alloy. They can also be caused by a poorly mixed alloy.

Whether it occurs before or after the strike, split planchets are characterized by the presence of coarse striations on the internal face. The roughness of the internal surface varies considerably.

Planchets are much more likely to split before the strike. A 1961-D Lincoln cent provides a typical example of a split-before-strike error. Coarse striations dominate the reverse face of this 1.4-gram example.

A representative example of a split-after-strike error is provided by both halves of a 1944 Lincoln cent. The direction and texture of the striations on the obverse half match those on the reverse half. This observation, along with the fact that the combined weight of the two halves matches that of a normal cent (3.1 grams), demonstrates that this is a genuine mated pair.

Split planchet errors are almost completely restricted to solid-alloy coins, like copper-alloy cents and copper-nickel 5-cent coins. Clad-composition coins are generally not susceptible to such errors, except in the case of rare “split core” errors.

Sometimes cleavage of a coin or planchet is only partial. The coin ends up with a cleft in the edge that extends a variable distance into the body of the coin. This error is known as a “clamshell split.”

The thinner side of a clamshell split will sometimes break off along its “hinge,” producing a planchet or coin with an exposed partial split. If this breakage occurs before the strike, the coin ends up with a well-struck portion and weakly-struck portion with coarse striations.

Split-before-strike errors are often mistaken for split-after-strike errors when the split planchet receives an in-collar uniface strike. Shown here is a cent that was struck on a 1.6-gram split planchet that entered the striking chamber beneath a cent planchet of presumably normal thickness. The striated surface faced the overlying planchet. The coarse striations are intact but have been slightly softened by the impact. A shallow gutter runs just inside the obverse “rim”; it’s the impression of the overlying planchet’s proto-rim. The die-struck reverse face shows strong finning of the rim. This is a symptom of the elevated effective striking pressure caused by the increased aggregate thickness between the dies.

Split-before-strike errors also are often confused with coins struck on planchets derived from rolled-thin stock. The key difference is the absence of striations on the latter.

The term “split planchet” is often misapplied to cracked planchets and cracked coins. Cracks run parallel to the vertical plane and extend from the obverse face to the reverse face.