What were they thinking? 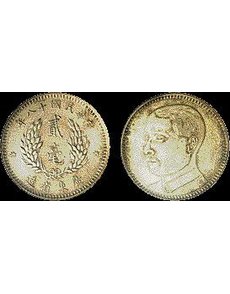 A 1929 Chinese silver 20-cent coin looks so much like a modern white metal Chinese-made counterfeit, some collectors will buy this only after it has been certified as authentic. The obverse portrait is in low relief. 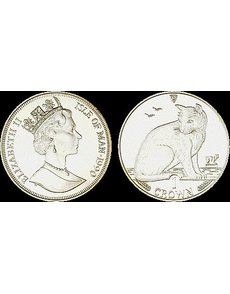 No major cat breed association recognizes the “New York City alley cat” as a distinct breed. However, this didn’t stop the Isle of Man from including it as the third installment (issued in 1990) of that nation’s 25-year cat breed crown series. 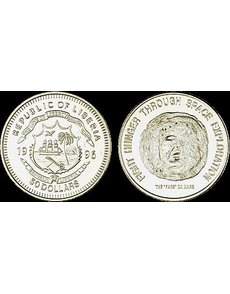 A bizarre 1996 Liberian $50 coin, left, commemorates an optical illusion called “The ‘Face’ on Mars” and connects it to fighting hunger. On top of that, two varieties of this strange coin exist — smooth and rough textured. The rough textured coin is shown. 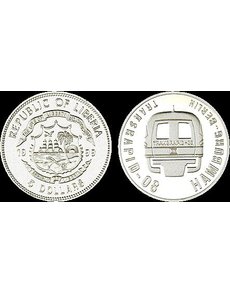 Research, anyone? This 1999 Liberian $5 coin was issued to commemorate an obscure railway in Germany that was never built. 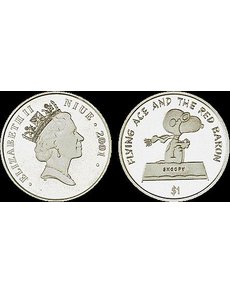 Niue is an island near New Zealand whose coins pander to pop culture enthusiasts. The 2001 $1 coin featuring the comic-strip character Snoopy is a prime example. 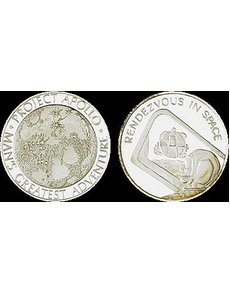 A bad recipe: In 1972, after the Franklin Mint had created and shipped 4,967 “Project Apollo Medal Collections” made with Apollo XIII “flown” silver, it was discovered that the flown metal had not been added to the mix after all. Shown is one of the original medals without any metal that had flown in space. 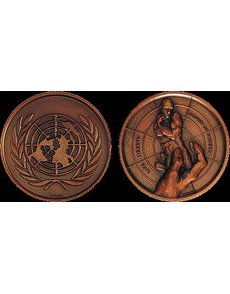 When the United Nations issued a medal depicting “Security of Person,” it inspired more fear than security. The high-relief copper medal shows a terrified man in the grip of a giant, gnarled hand.

Error coins result from accidents during the minting process. Unlike error coins, some coins and medals are flawed or confusing due to their design before they ever see a die or planchet.

Whether due to faulty research, a weird topic or the obvious gimmick, some world coins and medals are infamous instead of famous, and more bizarre than unique. Call them “head scratchers” or oddities, the reaction is often some version of the same question: “What were they thinking?”

The Chinese 20-cent coins of 1928 and 1929 definitely snuck by the design police. The 20-cent coin is one of three different silver denominations issued by Kwangtung province during that decade that feature Sun Yat-sen, but just barely. The low relief, no-detail portrait looks like a cartoon caricature. If it weren’t for the silver content (and the well-defined rice plant on the reverse), these 20-cent coins would be dead ringers for the white metal counterfeits pouring out of China today. Happily for collectors, certified examples can remove any doubt about authenticity.

At the other extreme of design is an undated United Nations medal depicting the theme “Life, Liberty and Security of Person.” This basic entitlement was guaranteed by the Universal Declaration of Human Rights and adopted by the UN in 1948. The Security of Person copper medal shows a naked, terror-stricken man who appears to be in the crushing grip of a giant, gnarled hand while standing in front of what initially resembles a science-fiction-sized spider web. The high relief makes the scene look more frightening. By depicting a positive entitlement with an illustration of the utter lack of it, the design doesn’t teach as much as it unsettles.

Oops! In 1972 the private Franklin Mint in Pennsylvania issued a series of medals made with silver flown in space, but forgot to use the flown stuff. Worse, the bad recipe wasn’t caught until after 4,967 sets were shipped. Franklin Mint officials asked subscribers to return their “Project Apollo Medal Collections” so that they could receive replacements, but 1,269 error sets were never sent back. The FM Mint mark with no line above it distinguishes the unflown medals from the flown follow-ups bearing the Mint mark with a line above the FM.

For the last 25 years, the Isle of Man has issued a new cat breed coin annually. Refusing to let research stand in the way of the third installment of its popular series, the Isle of Man honored the “New York City alley cat” on its 1990 crown. Never mind that no major cat breed association anywhere recognizes the cats that happen to reside in NYC alleys as a distinct breed — New Yorkers love this coin.

Our next example also caught the fact checker napping. Further, it embodies a topic that is both obscure and devoid of any connection to the issuing nation. This 1999 Liberian $5 coin commemorates a Transrapid railway that was intended to be built in Germany, not Africa. But wait, there’s more. The Transrapid line that was to operate in Germany was never built because a totally different railway design won the contract.

Liberia began issuing coins in 1937 with logical scenes featuring its national crest and native elephants. In recent years, however, frivolity appears to have overtaken its designs. One example among many is the $50 coin issued in 1996 that commemorates an optical illusion called the “The ‘Face’ on Mars” paired with the legend FIGHT HUNGER THROUGH SPACE EXPLORATION. Incredibly, two variants can be found of this forgettable issue — smooth textured and rough textured.

Niue is a dependent island state of New Zealand with about 2,000 residents. The government creates revenue issuing commemorative coins that, sadly, often have nothing to do with island life. The 2001 Niue dollar, for example, was one of several denominations issued that year that paid homage to Snoopy, the comic strip beagle. Other Niue series that pander to pop culture enthusiasts have honored Pokémon; events in the life of Diana, Princess of Wales; professional tennis players; and famous Americans.

The Cook Islands, also near New Zealand, engaged in some pandering in 2010 with a three-coin series that is more gimmick than numismatic innovation. The “World’s Smallest Coins” set consists of a silver $1 coin, gold $2 coin and platinum $2 coin. Each coin is 4 millimeters in size and weighs 0.12 gram. This beats the miniscule 6-millimeter to 10-millimeter coins minted by India, Guatemala and Panama more than a century ago. As if to remove any doubt that the Cook Islands set is a novelty, the three coins were sold packaged inside a clear acrylic cube with a magnifier lid.

“What were they thinking?” When it comes to head-scratcher coins and medals, maybe a better question is, “Why were they not thinking?” ¦