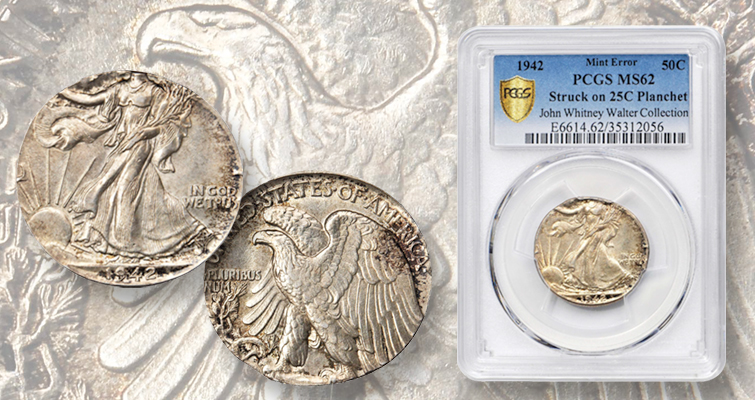 An imposing error from the Walter Collection was a 1942 Walking Liberty half dollar struck on a planchet intended for a Washington quarter dollar. 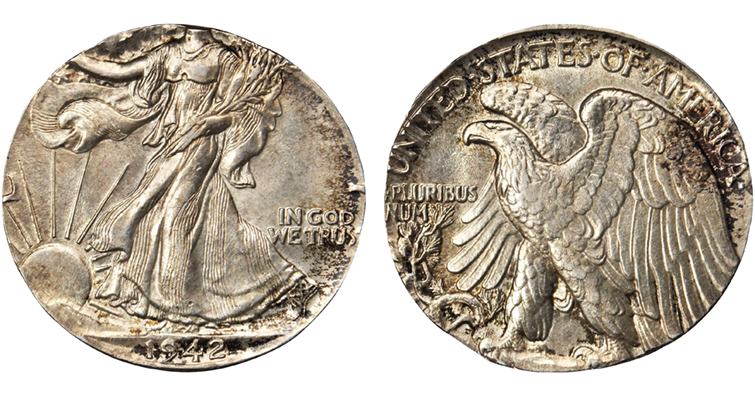 This 1942 Walking Liberty half dollar struck on a silver planchet intended for a quarter dollar, graded MS-62, sold for $16,200 on Aug. 15 in Philadelphia.

John Whitney Walter’s collection of spectacular error coins included a number of World War II vintage, including pieces struck on the wrong planchets or overstruck on coins of another denomination.

One imposing error from the Walter Collection was a 1942 Walking Liberty half dollar struck on a planchet intended for a Washington quarter dollar.

What set this Professional Coin Grading Service Mint State 62 example apart is that its strike was well-centered, with a full date. Most of the roughly 14 known Walking Liberty half dollars struck on quarter dollar planchets were struck off-center, leaving them either undated or showing only partial digits.

The Mint is uncertain, and Stack’s Bowers wrote, “the alignment of the reverse is such that the mintmark area is off the planchet, leaving open the possibility that this error could be a product of the Philadelphia, Denver or San Francisco mints, all three of which produced half dollars in 1942,” before concluding, “Satiny in texture and smooth in hand, a bit more vibrancy to the luster would likely have resulted in a Choice Mint State grade from PCGS.” 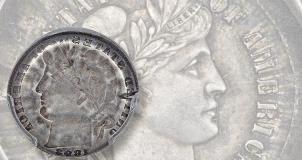 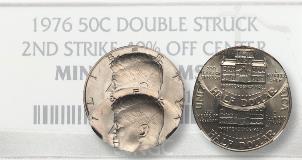 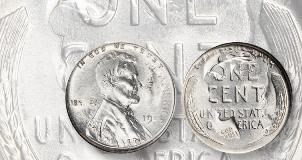