Rare Venetian 40 zecchini up for auction 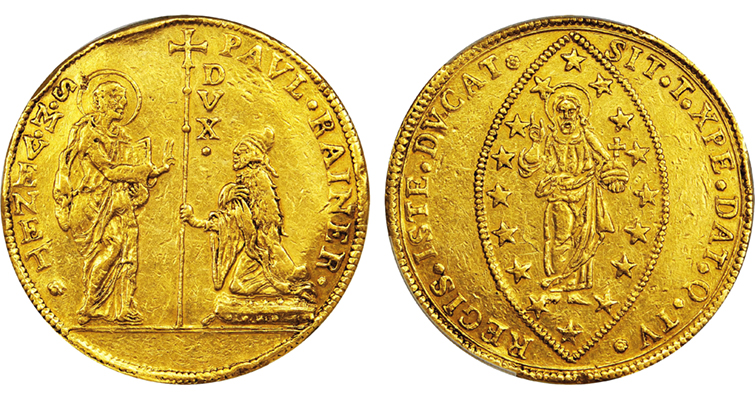 Stack’s Bowers Galleries is set to auction off a rare — and what the firm says is possibly one-of-a-kind — Venetian gold 40-zecchino coin at the New York International Numismatic Convention Jan. 11 to 14. The coin is from the reign of Paolo Renier (1779 to 1789), the 119th doge of Venice, and weighs 139.23 grams.

The coins of the doges of Venice exhibit iconic Christian motifs that went largely unchanged for more than five centuries. This particular coin’s obverse features the doge kneeling before St. Mark with the legend S.M. VENET. PAVL. RAINER around. On the reverse, Christ stands amid the stars while holding a globus cruciger. The legend SIT * T * XRE * DAT * TV * REGIS * ISTE * DVCAT * translates to “Grant, O Christ that Thou shalt rule [the nations].”

The smaller denominations, including the single zecchino, represented crucial mediums of commerce for the citizens of Venice, though coins of much higher value were also struck for presentation, in denominations of up to 100 zecchini and possibly higher.

Very few 40-zecchino coins were struck. The authoritative catalog of coinage of the doges of Venice by Raffaele Paolucci ranks this issue as “known from two or three specimens only, or unique.” Graded Extremely Fine 45 by Professional Coin Grading Service, it is the only example graded by either PCGS or Numismatic Guaranty Corp.

This piece descended in current owners Anne and Daniel Aghion's family through generations reaching back to the 19th century. It was likely acquired by their grandfather, Jules Aghion, who worked at the Parisian stock exchange, where gold coins were often accepted as collateral to cover investments.

For more information about this issue and others up for auction in January, visit www.StacksBowers.com. To learn more about the New York International Numismatic Convention, visit www.nyinc.info. 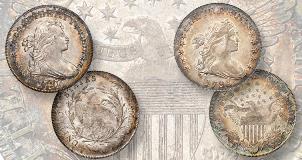 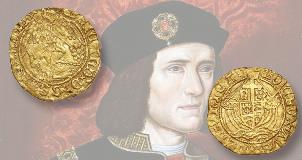 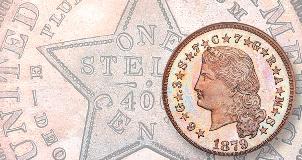