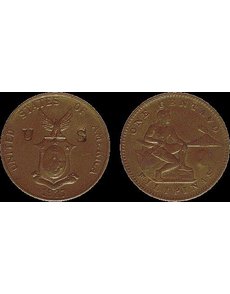 The letters US are not part of the original design on this 1937 Philippines centavo, possibly making this coin “Trench Art” created by a U.S. serviceman during World War II. 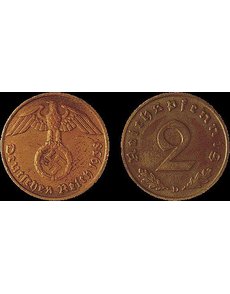 Die doubling is doubly fun to find, because such coins sell for a premium, especially if the doubling is pronounced. On this German 1938-D 2-pfennig coin, you can see it on the word reich and on the date. 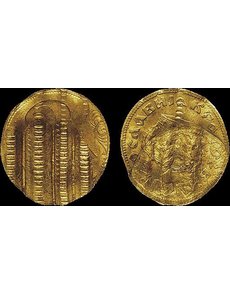 Some mints, including the U.S. Mint, “waffle” damaged or error coins to render them unspendable. This also makes them collectible when found, such as this waffled Yugoslavian 2-dinar coin. 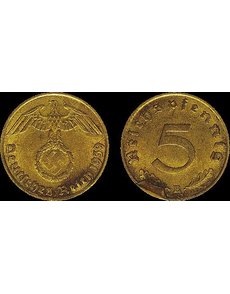 Collecting varieties, errors and altered coins means learning a whole new vocabulary. It’s easy to see why this type of die break on a 1939-B German 5-pfennig coin is called a “cud.” 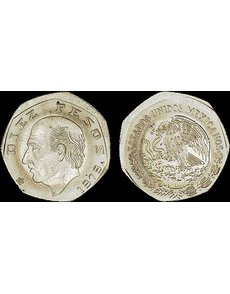 Even if you are unfamiliar with Mexican coinage, this 1978 10-peso coin will look a little odd at first glance. The technical term for this coin’s collar problem is “uncentered broadstrike.” 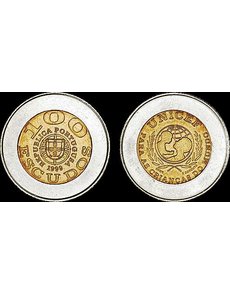 The ringed-bimetallic 1999 100-escudo coin is famous for its obverse misspelling of portuguesa as portugusa. After the mistake was corrected, the coin was reissued. Collectors like to obtain both varieties. 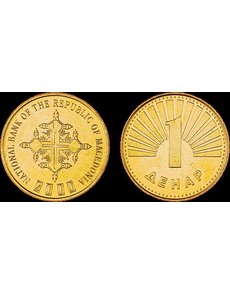 This Macedonian 2000 1-dinar coin is mixed up — literally. The obverse is a commemorative, and the reverse was intended for circulation, creating a “mule.” 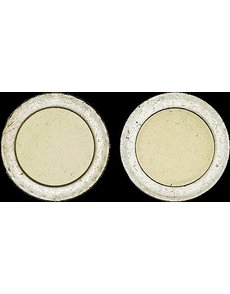 “Euro guess is as good as mine.” A ringed-bimetallic blank planchet with a full edge inscription of stars and the legend 2 EURO has no detail that would absolutely divulge its nation of origin.

As research about error coins has increased, they have gone from being lumped into one large category called “freaks” to be being divided up into clearly defined groups.

This makes collecting them more interesting because the cause of the error or change is clear. These groups are a matter of timing — originating before, during, and after minting.

The first group, die varieties, are created before the minting process begins. These should not be confused with errors although they are often named as such. Die varieties are coins struck with a die that has an engraving difference, problem or mistake. Some of these differences occur accidentally while others are created deliberately. The differences result in missing Mint marks, misspelled words or other design variants. Since many thousands of coins may be struck by a particular die pair, die varieties tend to be more common than errors.

True errors are always made during the minting process. Problems with planchets or blanks, with dies and with striking are all root causes. Since some of these are one-of-a-kind pieces, or nearly so, error collecting can be as exciting as any treasure hunt.

Coins that have been altered with the addition of color or imbedded relics, among other things, or with the subtraction of metal in the form of carving are sometimes very interesting and can be collectible, too. However, most often altered coins are just plain damaged. The alteration always occurs after the minting process and usually after the coin leaves the mint, although some world mints now colorize and imbed their altered issues on site.

Now that you have the definitions, give yourself a quick quiz. Before reading any further, look at the coins photographed for this column and jot down your opinion. Can you tell which one or ones are the die varieties, the errors and the alterations? If you don’t get more than half correct, don’t be discouraged. Expert error collectors will tell you that it took them years to hone their skills, and that’s not a bad thing. Mastering the art of error identification is half the fun of collecting error coins.

A perfect example of a die variety world coin that is often bought and sold as an error is the 1999 Portugal 100-escudo coin. This UNICEF commemorative was issued with a very important word misspelled, the name of the country. The legend portuguesa was deprived of its e and read portugusa. New dies were made and the coin reissued.

Perhaps the most spectacular of all errors is the mule, a coin that resembles its animal namesake by virtue of being a dual-species hybrid. The two sides of a mule do not match. A mule coin can have two obverses, or two different denominations, or even sides from two different nations.

One affordable world mule hails from the country of Macedonia, the year 2000 1-dinar coin commemorating 2,000 years of Christianity. The obverse of the coin is the commemorative side, and is cataloged by the Standard Catalog of World Coins as Krause-Mishler 9. The reverse is from the circulating issue dinar that was last made in 2001, cataloged as KM-2.

Blanks and planchets are fascinating but many error enthusiasts prefer to see enough of a design to make identification possible. In the pictured example, the only details on the blank are on the edge where it reads 2 EURO. The word of the seller is all we have that this is a 2006 Netherlands coin.

Many types of striking errors can be produced. Broadstrikes are relatively common with world coins, especially circulation issues from Mexico dated in the 1960s and 1970s. A broadstrike means that the coin is struck outside of its collar, resulting in a wider than normal diameter, which leaves the design distorted-looking near the edges.

Die breaks are also easier to find than many other types of striking errors because many dies that remain in use will crack eventually. When a crack adjacent to the rim of the die goes undetected by a mint, it can eventually lead to a portion of the die breaking away, resulting in “lumps” of metal on the coins called cuds. German coins from the 1920s and 1930s are an excellent source for cuds.

Among alterations are many collectible types such as counterstamped, colorized, waffled, imbedded, carved and cut coins. Altered coins called “Trench Art” were crafted by sailors and soldiers.

The consumer must be careful because some altered coins are counterfeit errors, manipulated by the seller solely to fool the collector into thinking the coin is a genuine mint error. Knowledge, experience, good magnification and an abundance of caution are the best tools for any world coin error collector to have. ¦