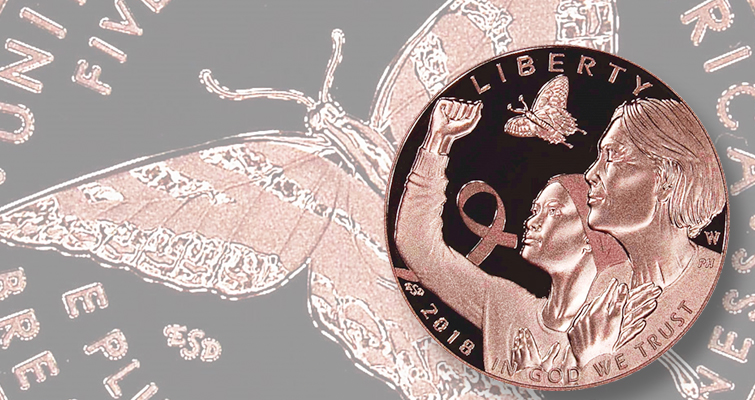 A first-strike ceremony for the Proof 2018-W Breast Cancer Awareness gold $5 half eagle was held Jan. 12 at the West Point Mint. The facility will also strike a second version with Uncirculated finish. 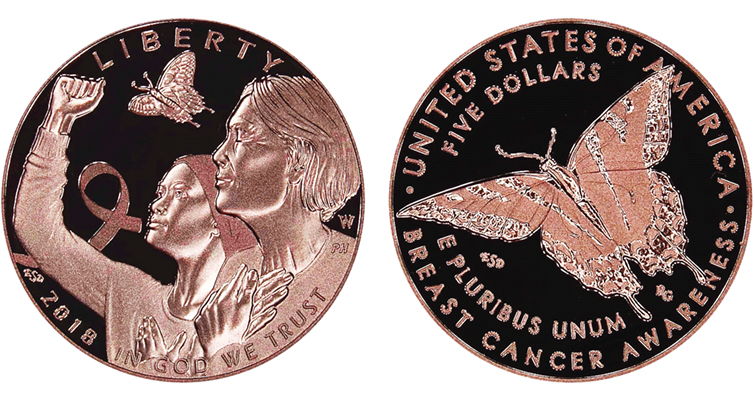 The composition of the first U.S. coin struck in pink gold is 85 percent gold, 14.8 percent copper and 0.2 percent zinc. 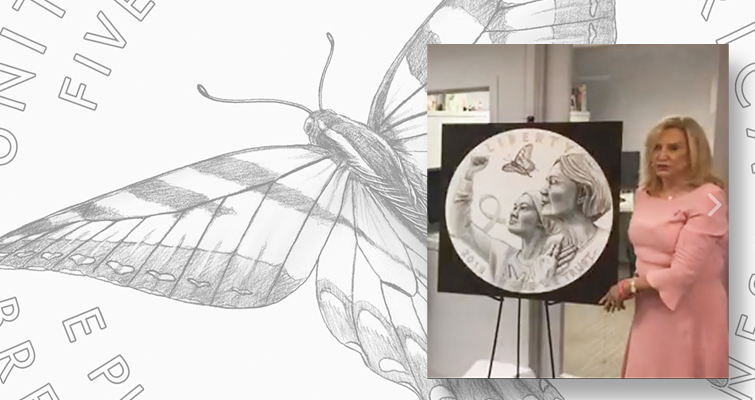 A first-strike ceremony for the first U.S. commemorative coin struck in pink gold, the Breast Cancer Awareness gold $5 coin, was held Jan. 12 at the West Point Mint in New York.

Development of the pink gold required under the act produced a composition of 85 percent gold, 14.8 percent copper and 0.2 percent zinc. The coins go on sale March 15 by the U.S. Mint.

Maloney told Coin World Jan. 10 that the Breast Cancer Research Foundation, which is the legislated recipient for net surcharges from coin sales, is heavily promoting the commemorative coin program through collector and noncollector outlets.

When the enacting legislation was being developed, factors that would attract both collectors and noncollectors alike were considered, which included the idea of a coin whose composition would result in a hue of pink, the recognized color for the breast cancer awareness movement, Maloney said. Maloney said U.S. Mint officials were consulted as to the feasibility of the bureau being able to produce a coin in pink gold. She said Mint officials embraced the initiative, which became part of the legislation eventually passed by Congress and signed into law. The Proof and Uncirculated 2018-W pink $5 coins are limited to a combined authorization of 50,000 coins. Composition is 85 percent gold, 14.8 percent copper and 0.2 percent zinc.

The act also calls for the combined production of up to 400,000 silver dollars and 750,000 copper-nickel clad half dollars in Proof and Uncirculated versions. The silver dollars will be struck at the Philadelphia Mint. The copper-nickel clad half dollars will be produced at the Denver Mint. Both denominations will bear the respective Mint marks of the facilities that produce them.

All three coins will bear a common obverse and reverse, selected through a juried design competition. Emily Damstra, a U.S. Mint Artistic Infusion Program artist, was the winning designer.

The obverse features two women. The older woman has her hands clasped to her chest, a relieved expression on her face. The younger woman, wearing a scarf on her head, holds one hand to her chest and the other raised in a fist as if she is ready to fight. A butterfly flies above the two women. Damstra’s obverse design was sculptured by U.S. Mint Sculptor-Engraver Phebe Hemphill. Damstra’s winning reverse design depicts a tiger swallowtail butterfly in flight, a symbol of hope. The design was sculptured by U.S. Mint Sculptor-Engraver Renata Gordon.

The coin designs were unveiled Oct. 23 by Maloney at an event at Breast Cancer Research Foundation headquarters in Manhattan. 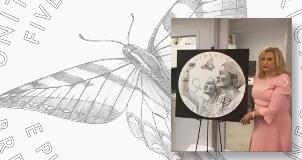 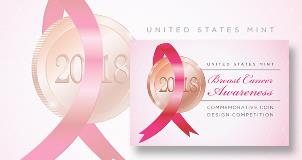