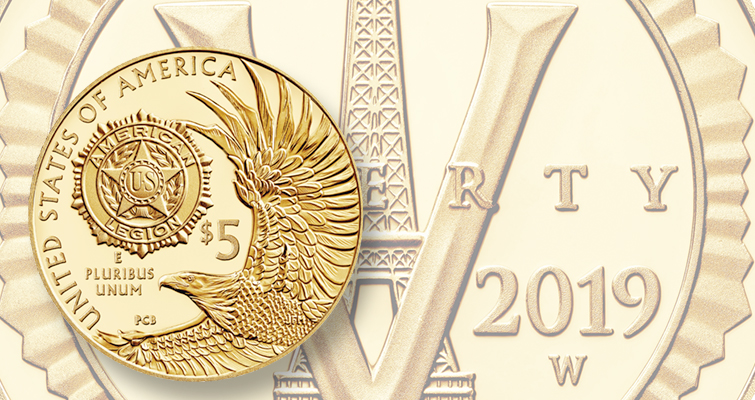 The U.S. Mint will begin sales of the 2019 American Legion 100th Anniversary commemorative coins on March 14. 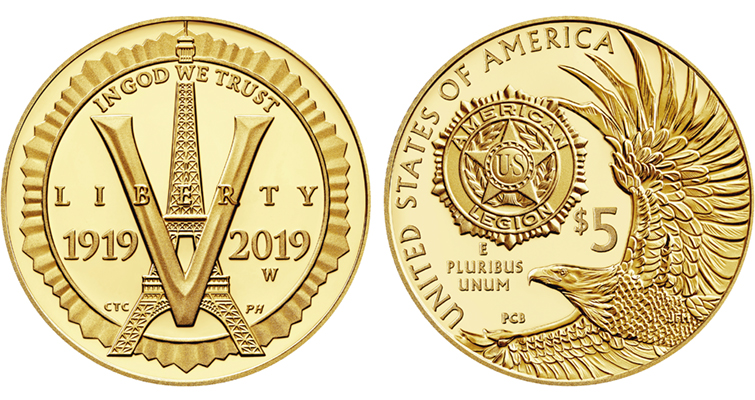 The commemoratives mark the centennial anniversary of the founding of the veterans organization in Paris in 1919. The program's Proof $5 half eagle is shown. 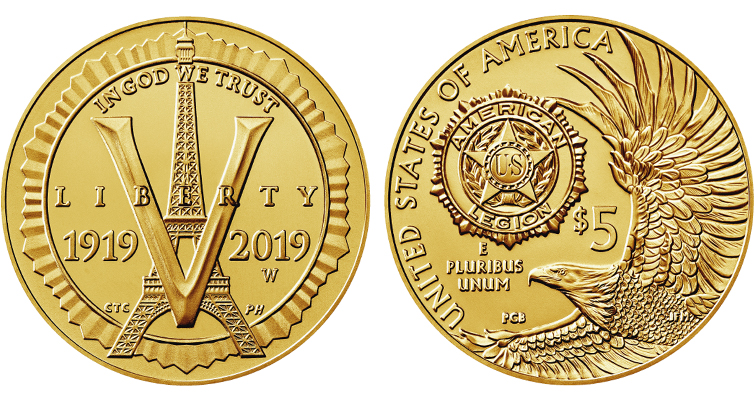 Like the Proof version, the Uncirculated gold $5 half eagle coin is also being struck at the West Point Mint. 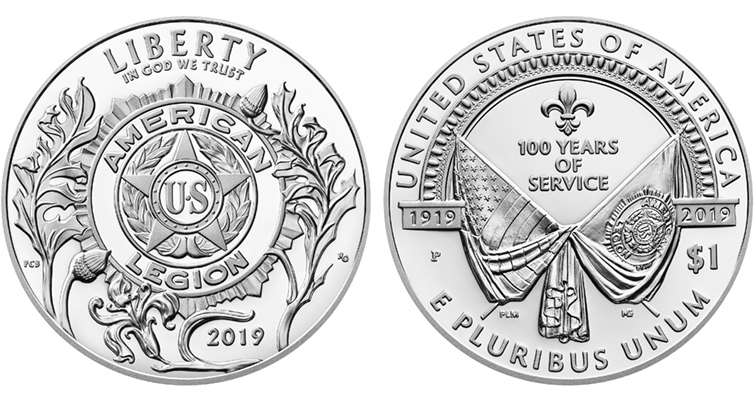 The silver dollar is limited to a production and release maximum of 400,000 coins. Illustrated is the Proof version, which is being produced at the Philadelphia Mint. 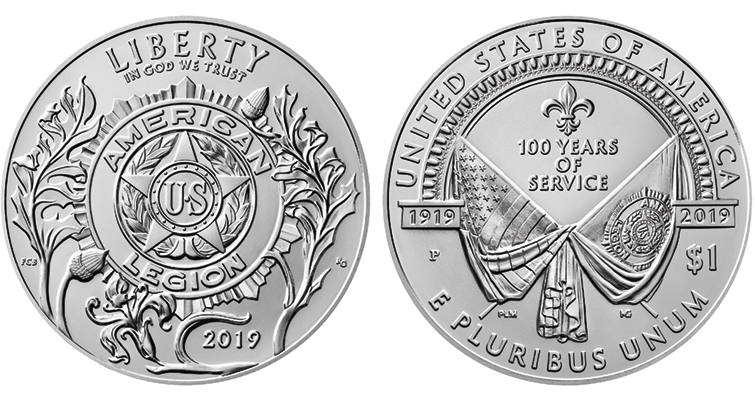 The Uncirculated version of the 2019-P American Legion 100th Anniversary silver dollar is being struck at the Philadelphia Mint. 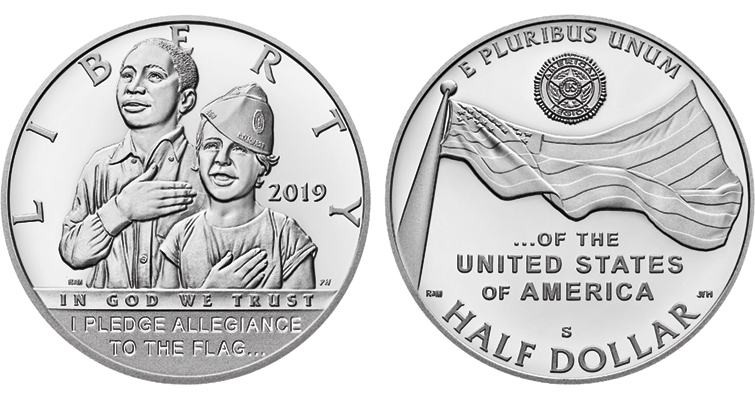 The Proof copper-nickel clad half dollar is being struck at the San Francisco Mint. 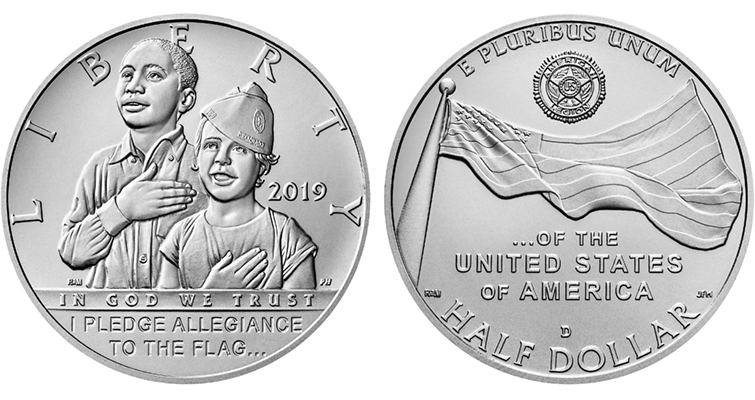 The Uncirculated 2019-D American Legion 100th Anniversary clad half dollar is being struck at the Denver Mint.

The United States Mint has released images of struck examples of the three 2019 American Legion 100th Anniversary commemoratives to be issued to the public at noon Eastern Time March 14.

Inside Coin World: Hobo nickels endure as a form of folk art: Hobo nickels, leper colonies tokens and a religious objection to Continental Currency are among the subjects of features exclusive to the March issue of Coin World.

The adopted designs approved by Treasury Secretary Steven Mnuchin were unveiled during an Aug. 29, 2018, event held in Minneapolis during the Legion’s 100th national convention.

The reverse for the gold coin, by AIP designer Paul C. Balan and sculptured by then Mint Sculptor-Engraver Joseph F. Menna, depicts a soaring eagle, a symbol of the United States during times of war and peace alike. The American Legion emblem is depicted above the eagle.

The copper-nickel clad half dollar obverse executed by AIP artist Richard Masters and sculptured by Hemphill, depicts two children standing and reciting the Pledge of Allegiance, the little girl proudly wearing her grandfather’s old American Legion hat. The reverse, also by Masters, and sculptured by Menna, completes the phrase “I pledge allegiance to the flag …” from the obverse, with “...of the United States of America.” The design depicts an American flag waving atop a high flagpole as seen from the children’s point of view from the ground below. The American Legion’s emblem is featured just above the flag.

The American Legion was founded in Paris on March 15, 1919, by members of the American Expeditionary Force occupying Europe after World War I, who were concerned about the welfare of their comrades upon their return to the United States. 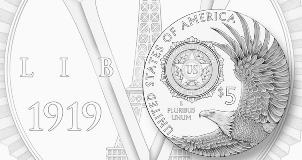 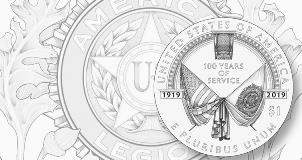 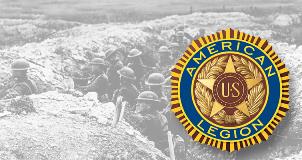