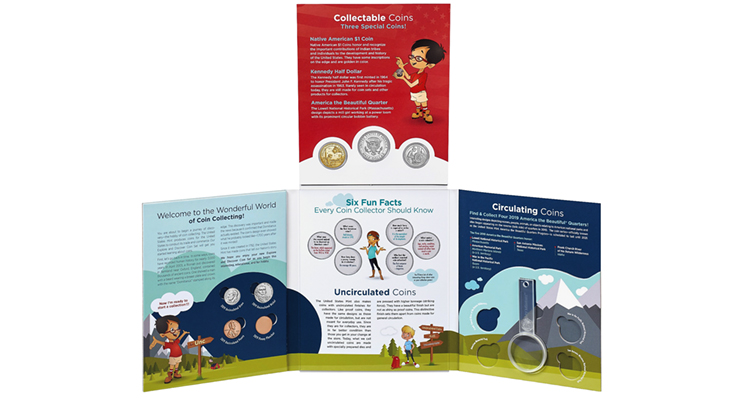 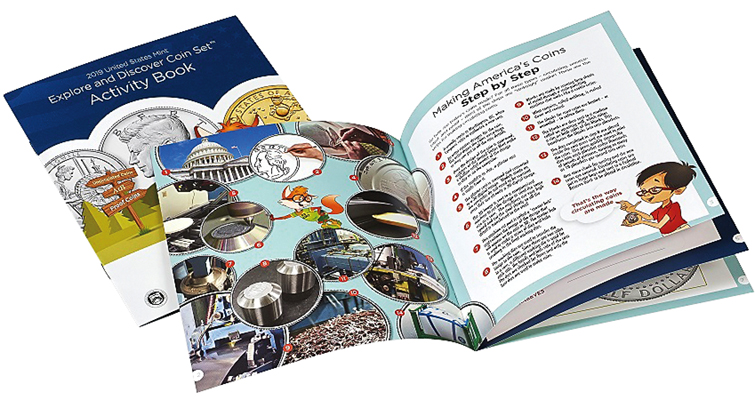 The activity book has games such as a maze and word scramble, fun facts about coins, bios of the Mighty Minters, and a step-by-step graphic of how coins are manufactured.

The U.S. Mint plans the release at noon Eastern Time March 28 of the second of three kids coin sets for 2019 targeting young hobbyists.

The 2019 Explore and Discover Coin set, offered at $19, is limited to a release of 50,000 sets and a household ordering limit of two sets.

The 2019 United States Mint Explore and Discover Coin Set contains a coin folder and activity book in one outer sleeve.

The activity book has games such as a maze and word scramble, fun facts about coins, bios of the fictional Mighty Minters, and a step-by-step graphic of how coins are manufactured.

The set contains six coins: three each from the Denver and San Francisco Mints. An unstruck cent planchet is also included.

The reverse of the Native American dollar features a design depicting Mary Golda Ross writing calculations. Behind her, an Atlas-Agena rocket launches into space, with an equation inscribed in its cloud. An astronaut, symbolic of Native American astronauts, including John Herrington, spacewalks above. A group of stars indicates outer space.

The promotional materials focus on the adventures of the Mighty Minters characters — Kendra, Timothy, Sophie, Lina, Alex, Eli, and Layla.

The set also includes a Mighty Minter magnifying glass to help kids see the distinctive design elements on each coin.

The three Proof coins (quarter dollar, half dollar and dollar), are encapsulated, with both obverse and reverse of each coin visible in the packaging.

The three Uncirculated finish coins and cent planchet are removable from the packaging and can be re-inserted multiple times so young collectors can closely view, examine, and handle them. 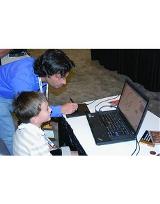 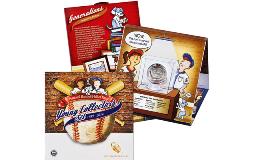 National Baseball Half of Fame Young Collectors Set out July 28 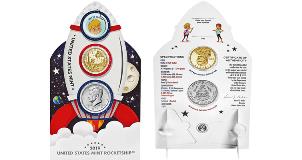