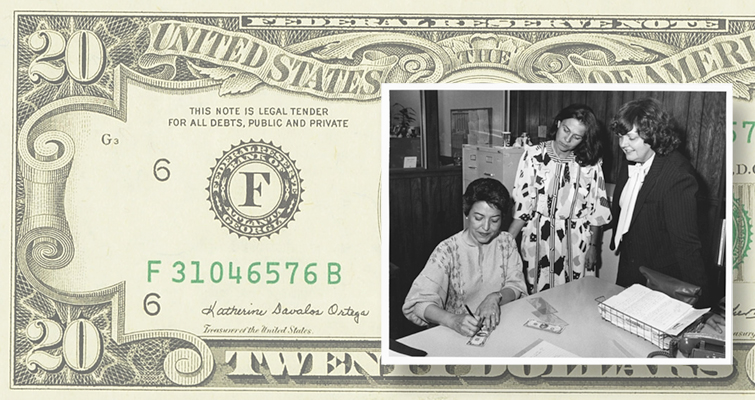 Treasurer of the United States Katherine “Kay” Davalos Ortega stopped by Coin World’s offices in Sidney, Ohio, for a visit shortly after I became editor in 1985.

Of course, we were excited that she would include us on her Ohio itinerary. The announced purpose of her travel to the Buckeye State was to speak at several U.S. Savings Bonds events in west-central Ohio.

Our editorial staff was well acquainted with the 38th treasurer. She was soft-spoken and reserved, quite a contrast to the flamboyant and outspoken Angela “Bay” Buchanan, whom she followed in office when she took the oath on Sept. 23, 1983.

Others on our staff and I had interviewed her a number of times for stories and events we had covered. As treasurer she had direct oversight of the U.S. Mint, the Bureau of Engraving and Printing, and the U.S. Savings Bond Division. It was clear that she did not view her role as ceremonial, as had been the case for modern treasurers before the Reagan administration.

For example, when sales of Los Angles Olympic coins waned, she formed a Treasury task force and brought in an outside marketing consultant to jump-start the sales effort. (To the chagrin of Rep. Frank Annunzio, she followed the marketing consultant’s advice, and approved the production of Olympic gold $10 coins at the Philadelphia, Denver, and San Francisco Mints in order to add to the product offerings and increase the sales.)

When members of our staff, especially those who did not travel to hobby events, learned about her visit, they asked if she would be signing FRNs. Upon arrival I inquired and she graciously said she would, so we set aside some time during her visit for the activity.

As I was watching her signing, it dawned on me that I had never obtained an autographed note. I checked my wallet and found that only two of the FRNs were Series 1981A (Regan/Ortega) — a $5 note and a $20 note. She signed both. The next day I placed the $20 note in a small glass display case near the entrance of my office.

During the next decade a number of numismatic mementos were added.

In 1996 we removed all of the items in the display case in preparation for the renovation of our entire building. Much to my horror, light exposure (even though indirect) had obliterated Treasurer Ortega’s real signature! 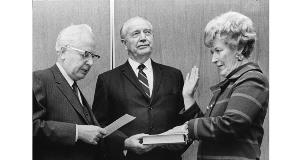 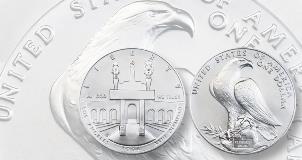