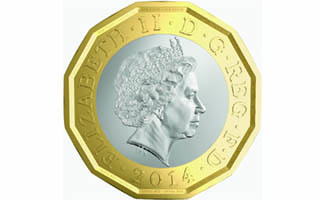 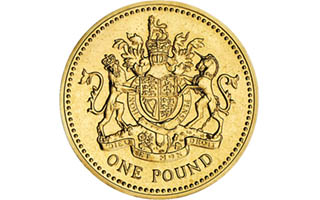 To strike back against counterfeiters, the Royal Mint will soon be striking a new £1 coin.

The United Kingdom’s Treasury announced March 18 that a new ringed-bimetallic coin would replace the “round pound” beginning in 2017.

The new £1 coin will be 12-sided (resembling the threepence coin that circulated from 1937 until decimalization in 1970) and incorporate the latest in security features, namely the Royal Mint’s patented iSIS technology, which is “a revolutionary new high security coinage currency system,” according to the Royal Mint. “iSIS — Integrated Secure Identification Systems — enables not just coins, but the whole cash cycle to be more secure, protecting the public, vending machine operators, retailers, and the wider banking system.”

The new system features technology employed in bank note production for decades, the Royal Mint said, but exact details are not being released.

As many as 3 percent of  £1 coins in circulation (45 million coins) are fake, according to a survey by the Royal Mint, though one expert suggests that the real number is actually larger.

A public design competition will be conducted to choose the theme for the reverse of the coin. The Ian Rank-Broadley effigy of Queen Elizabeth II is expected to appear on the obverse, based on a publicity image released by the Royal Mint.