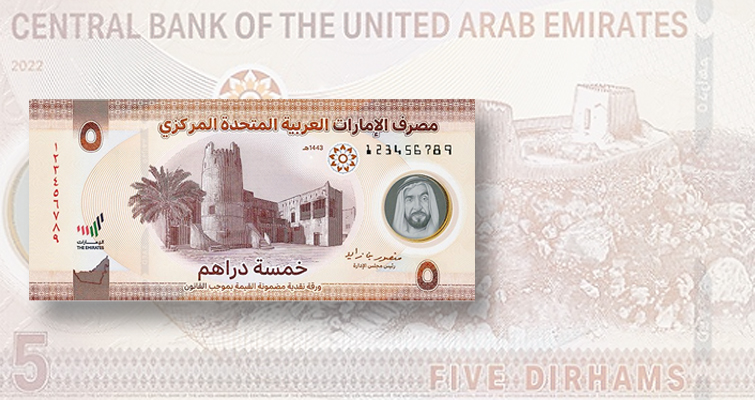 The Central Bank of the United Arab Emirates released two new polymer bank notes in April, including this 5-dirham note.

Images courtesy of the Central Bank of the United Arab Emirates.

The Central Bank of the United Arab Emirates released two new polymer bank notes in April that are being touted by the issuer for their advanced technical characteristics, and security features that promote sustainability and keep pace with the nation’s development.

The 5- and 10-dirham notes (equivalent to $1.36 and $2.72 U.S.) are the second and third notes in polymer and the first regular issues. The UAE issued a 50-dirham note made of the plastic material last year to commemorate the 50th anniversary of the seven emirates, a confederation of the capital Abu Dhabi, Ajman, Dubai, Fujairah, Ras Al Khaimah, Sharjah, and Umm Al Quwain.

Both bank notes include a transparent window with a portrait of the late founding father, Sheikh Zayed bin Sultan Al Nahyan, and the logo of the UAE with fluorescent drawings and inscriptions created using advanced intaglio printing techniques.

The 5-dirham note will keep the same brown color as its paper predecessor. A view of the “Ajman Fort,” an ancient monument that bears witness to the cultural and historical legacy of the UAE’s forefathers. appears in the front center of the face, while an image of “Dhayah Fort” in Ras Al Khaimah, one of the UAE’s most important cultural landmarks, is in the center of the back.

The new 10-dirham note keeps its green color. The face features an image of the Sheikh Zayed Grand Mosque, a religious, national and cultural iconic landmark in Abu Dhabi. The back shows the Khorfakkan amphitheater, one of Sharjah’s unique cultural landmarks.

In addition to the panoply of modern bank note security features, each note also has prominent symbols in Braille to help blind and visually impaired consumers identify the value. The 10- and 5-dirham bank notes entered circulation on April 21 and April 26 respectively. 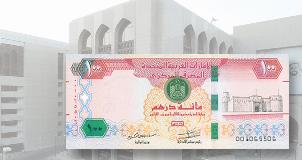 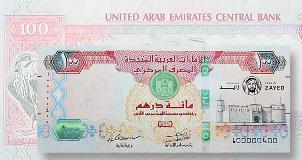 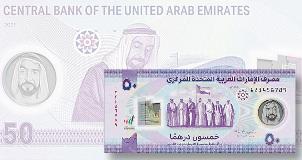