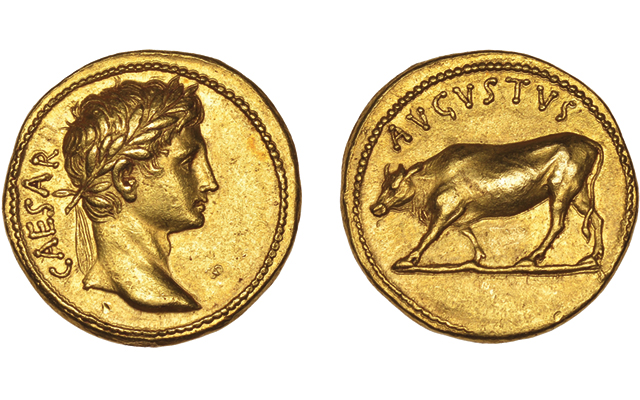 A unique type of a gold aureus of Augustus, from the 22 Augustus, Heifer Reverse aurei known, only seven of which are available publicly, highlight’s Dix Noonan Webb’s Sept. 22 auction of ancient and world coins.

The auction is one of four scheduled by the firm during two days in London, before the Coinex show.

According to Will Bennett, representing the auction firm, “The coin is a piece of numismatic genius celebrating the power of the man who founded the Roman Empire and laid the foundations of a regime that lasted for centuries.”

The aureus to be auctioned at Dix Noonan Webb is unique, with the laureate head of Augustus facing right and the heifer looking to the left.