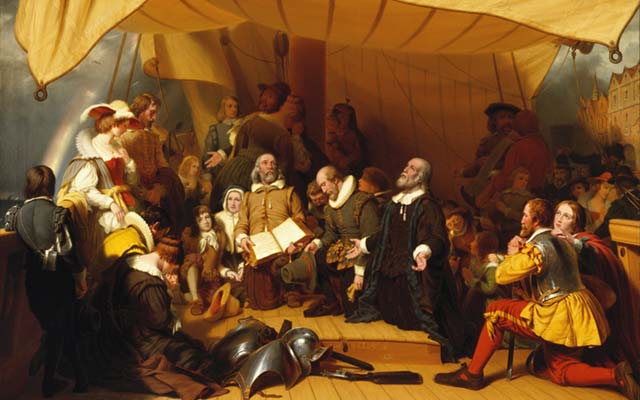 Every Thanksgiving, the story of the Pilgrims is retold. An 1857 painting titled Embarkation of the Pilgrims recalls the moment when the group’s leaders prepared to leave Europe for North America. 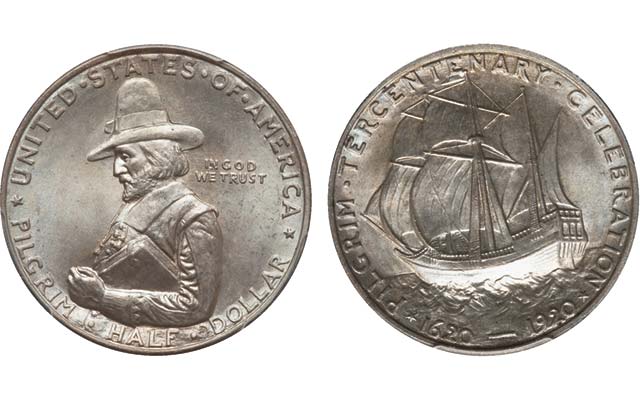 Gov. William Bradford recorded life at Plymouth Colony in a journal titled “Of Plymouth Plantation.” A 1920 silver half dollar depicts the governor and the Mayflower that transported the Pilgrims to America.

Editor's note: The following is the second in a series of posts on the historical record that can be tracked through U.S. coins. The subject is the cover story of our July monthly issue.

Aside from Columbus’ putative “discovery” of America, the other notable exploration from Europeans that resides in the American consciousness is the 1620 “landing” of Pilgrims at Plymouth Rock.

We may never know exactly where the Pilgrims landed — the supposed rock was only identified for its role long after the actual event and was not near an area suitable for any landing — but the result was the colonization and exploration of the North American continent.

The history is more complicated than that — isn’t it always? — but the reality is that the settlers of Plymouth colony were the first Europeans to establish a settlement that would not disappear.

In 1920, a commemorative silver half dollar marked the tercentenary, or 300th anniversary, of the Pilgrim landing.

The coin became notable for its reverse that depicts the Pilgrim vessel Mayflower with incorrect rigging. In real life, a square water sail hung under the bowsprit, the large support bar for the front rigging, but the coin shows the ship with a flying jib, a triangular sail that had not yet been used in 1620.

Gov. William Bradford, the author of the journal Of Plymouth Plantation that recorded life in the colony, appears on the obverse, holding a Bible.