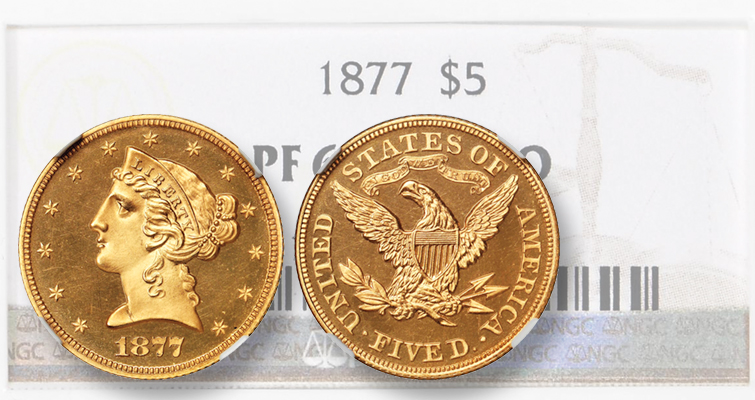 One of the two finest known Proof 1877 Coronet gold $5 half eagles is a highlight of Stack’s Bowers Galleries and Sotheby’s February 2016 Rarities Auction set for Feb. 10.

The 186-lot sale will follow the third auction of the D. Brent Pogue Collection on Feb. 9.

Both auctions will take place in Sotheby’s headquarters at 1334 York Ave. in Manhattan.

The 1877 half eagle is graded Proof 65 Cameo by Numismatic Guaranty Corp. and is tied with another example as the finest certified from a mintage of 20 pieces. The offered example was once part of the Harry W. Bass Jr. Collection, which was auctioned by Bowers and Merena in 2000. It was later offered at Heritage’s sale of the Dr. James Olsen Collection at the January 2013 Florida United Numismatists convention auction where it sold for $64,625.

A different example also graded Proof 65 Cameo by NGC sold as part of Heritage’s Ed Trompeter Collection of Proof Half Eagles where it realized $76,375 at the 2015 American Numismatic Association auction. The Trompeter coin had been off the market since 1978 when it was offered as part of a six-piece gold Proof set and its 2015 offering represented just the second auction appearance since 1877.

Stack’s Bowers Galleries records nine distinct examples in its list of survivors from the reported mintage of 20, including one in the National Numismatic Collection at the Smithsonian Institution and another that’s housed at the American Numismatic Society. More than a dozen additional auction appearances have been recorded since 1883, but these likely represent examples included in the nine or so known today.

The authors add: “The Proof 1877 half eagle is a rarity of the highest magnitude. It is nearly certain that less than half of the tiny mintage of 20 coins remains,” further noting, “The 1877 half eagle is one of the most difficult issues of the 1870s to obtain in Proof.”

The Stack's Bowers Galleries lot description concludes, “This phenomenal Gem will be one of the great prizes of the next cabinet in which it is included.” 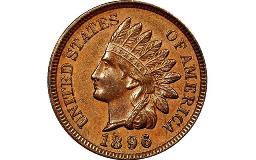 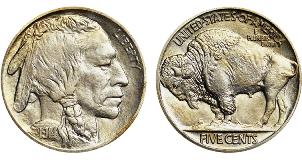