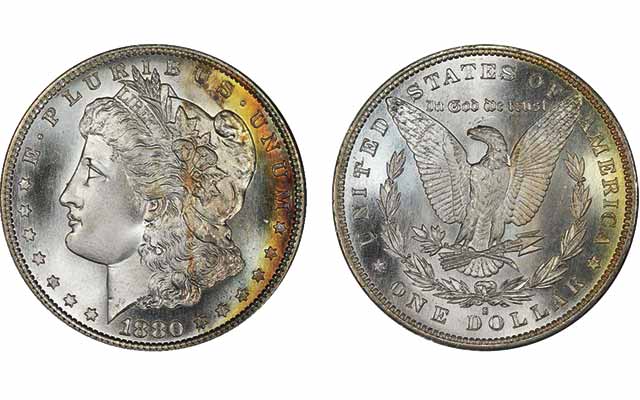 The San Francisco Mint Morgan dollars from 1880 through 1882 are generally considered the best-produced from the series and are often seen in high grades, with bold strikes, booming luster and overall terrific eye appeal.

PCGS has graded more than 2,000 MS-67 coins (including 150 in MS-67+), with an additional 198 in MS-68, eight in MS-68+ and five more in MS-69. Still, given the strong demand from Morgan dollar and type collectors, MS-68 examples bring strong prices when they cross the auction block. The near total unavailability of MS-69 examples places pressure on the handful of MS-68+ representatives