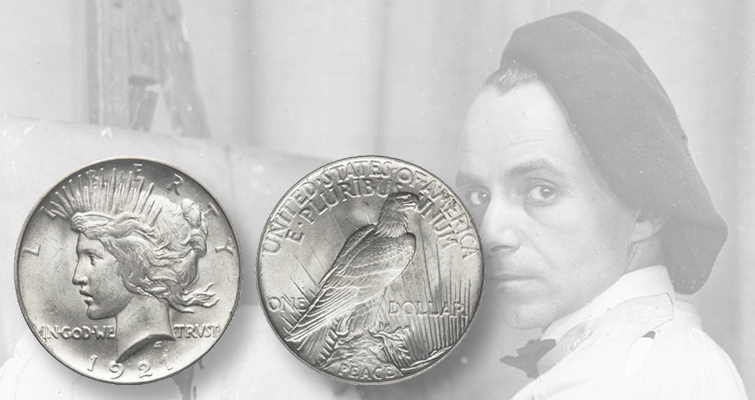 The unique stories of the Peace dollar: Fascinating stories and collecting challenges await those who pursue this series. 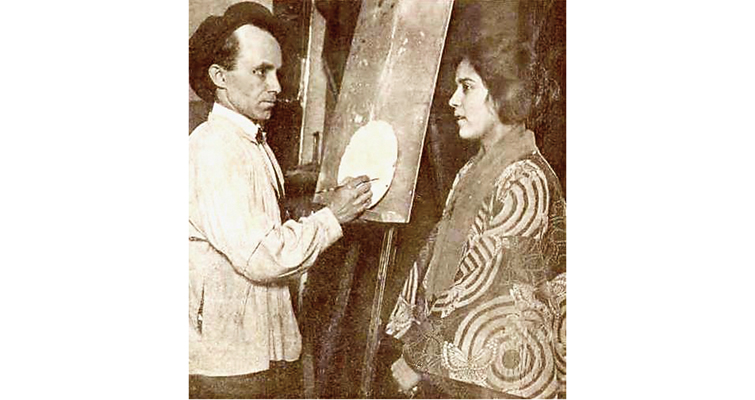 Anthony de Francisci and his wife, Teresa, in the studio. 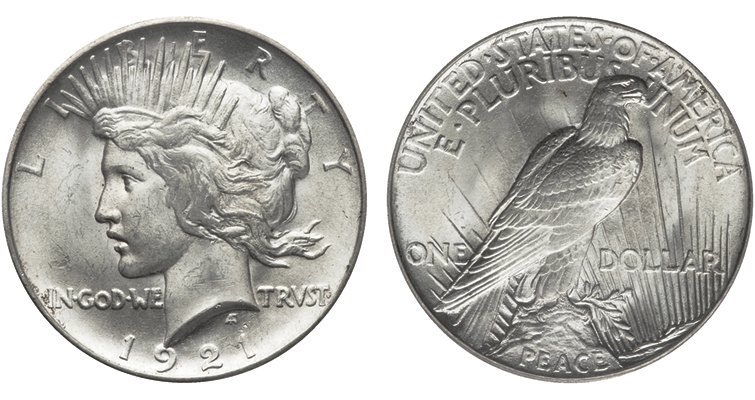 The Proof 1921 Peace dollars come perhaps closer than any other coins to capturing de Francisci’s vision for his new dollar.

Yet, smart hobbyists have continued to look to the Peace dollar as a value-filled series that deserves a second look, in that it gives collectors a more accessible collecting challenge than with Morgan dollars. Unlike with Morgan dollars, the Peace dollar series doesn’t have any tough rarities in circulated grades, and the limited production of just 10 years (no Peace dollars were struck between 1929 and 1933) means that the total number of coins in a complete set is a reasonable 24.

The story of the coin, from the frantic production of the new high relief design in the last week of 1921, the controversy over the design reverse’s symbolism and the romantic notion that designer Anthony de Francisci based Liberty’s head off of the features of his new bride make the series irresistible.

The birth of the Peace dollar

It might surprise many to learn that the first Peace dollars weren’t struck until late December 1921. In 1920, U.S. Mint engraver George T. Morgan was called upon to revisit his Morgan dollar design and to produce dies for the production of new silver dollars as millions of new dollars were needed to replace silver dollars that were melted under the Pittman Silver Purchase Act of 1918. In short, the act required the U.S. government to sell silver to the United Kingdom, and this was met by melting more than 270 million silver dollars.

In his 2012 A Guide Book of Peace Dollars, Roger Burdette called the Peace dollar “something of a mystery coin since it was first released to the public on December 20, 1921.” He wrote, “Initial press releases told conflicting tales of its design and promoted the sculptor’s use of his attractive wife as a model. Only the most superficial information was publicly released on how the coin came into existence.”

Momentum for a new dollar design to replace Morgan’s sturdy Neoclassical goddess began in large part thanks to an article by Frank Duffield in the November 1918 issue of the American Numismatic Association’s monthly publication The Numismatist. He suggested a “victory coin” be issued in large quantities as a sort of circulating commemorative. In 1920 dealer Farran Zerbe proposed a peace-themed commemorative coin to be distributed at face value “to illustrate America’s influence for peace and the moral force of democracy.”

Zerbe challenged the ANA to promote the idea and that the top sculptors and medalists of the day be invited to participate in a design competition. While various denominations were considered, the dollar won because its large size allowed suitable space for a solid artistic effort. Further, as the cent, 5-cent coin, dime, quarter and half dollars had all recently been redesigned, the Morgan dollar was the sole standout that didn’t fit in with what Burdette has effectively defined as the renaissance of American coin design.

Congressional legislation introduced in May 1921 called this new coin the “peace dollar.” A July 1921 meeting of the Commission of Fine Arts suggested a closed competition of invited artists submit a design for a portrait of Liberty and to pay each sculptor $100 for their plaster models. President Harding’s presidential proclamation on Nov. 14, 1921, officially ended the war with Germany and on Nov. 19, eight artists were invited to submit designs by Dec. 12.

The designers were challenged to create an obverse depicting a Liberty head, “similar to that on the present coin, but made as beautiful and full of character as possible.” The artists were given more freedom to design the reverse, which was to be “left to the imagination of the artist, exercised within the limits of the coinage laws,” with the intention that the overall design be “decidedly American in spirit.”

The competition also gave the U.S. Mint Director Raymond T. Baker the opportunity to select different artists’ designs for the obverse and reverse. Unfortunately, none of the artists’ personal records include written accounts of their designs.

Keep reading about the history of the Peace dollar: