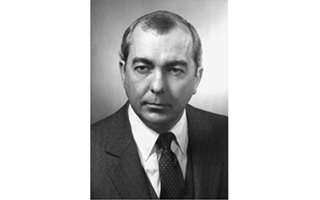 Sometimes the best way to deep six an idea is to have it “studied.” But commissions, especially those created by Congress, can do just the opposite.

Under the careful stewardship of high-profile politicians and savvy staff, a commission’s recommendations can be very effective in focusing attention on a subject and changing public policy.

Although each had his own ideas as to the role gold should play within the United States’ economy, veteran lawmaker Sen. Jesse Helms of North Carolina and congressional newcomer Rep. Ron Paul of Texas joined forces in 1980 to legislatively establish the Gold Commission.

Creation of the Gold Commission flew under the radar in many respects.

A freestanding bill did not establish it. Rather, it was added as an amendment in the Senate (by Helms) and the House (by Paul) to legislation having to do with enlarging the quota assigned to the United States in the International Monetary Fund.

Howard Segermark (who would later lead the Industry Council for Tangible Assets in its formative years — 1985 to 1991) at the time was economic counsel to Helms and recently recalled that the Carter Administration “did not want a commission at all.”

With the presidential election just a scant 28 days away, the Carter administration did not appoint members to the Gold Commission.

The authorizing legislation directed the secretary of the Treasury to establish, chair, and select nine members of the commission: three members of the Board of Governors of the Federal Reserve System, two members of the Council of Economic Advisers, and four private citizens with business, finance or academic backgrounds.

The remaining six participants were to be members of Congress, with the Speaker of the House and President of the Senate in charge of selecting congressional appointees.

The new Reagan administration was well aware of Helms’ interest in monetary policy and support for restoration of the gold standard. He had passed legislation in 1977 to restore the right to include gold clauses in private contracts and was chief sponsor of the 1978 legislation that created the American Arts Gold Medallion program.

And Segermark, on behalf of Helms, had skillfully engineered inclusion of a reference to the gold standard in the 1980 Republican Party Platform. Thus it was only natural that Reagan’s office would consult with Helms and his staff regarding commission appointees, particularly those from the public sector.

Beth Deisher may be contacted at Beth@CashinYourCoins-Book.com.