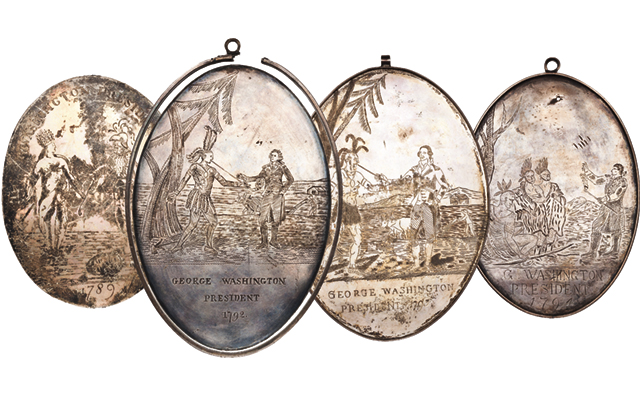 Fantasies and forged facsimiles of George Washington oval Indian peace medals of various sizes are a sample of what dealer Anthony Terranova has seen in his professional numismatic career. 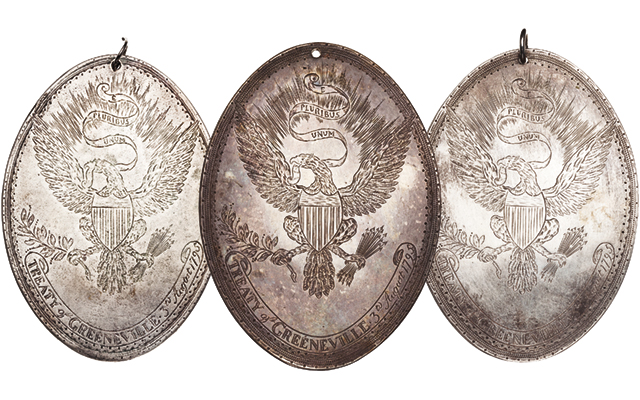 “Treaty of Greenville” fantasy and forgery medals are part of the Terranova donation to the ANS. 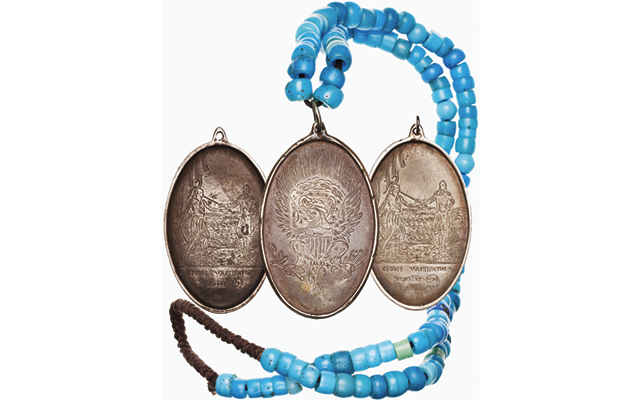 These smaller-sized fantasy oval Indian peace medals are likely of the type encountered by tourists at various venues. 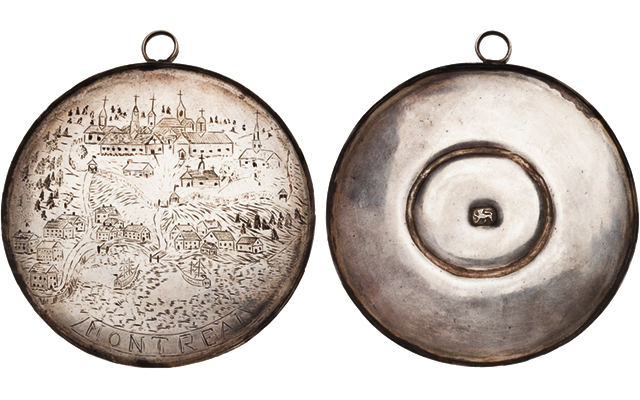 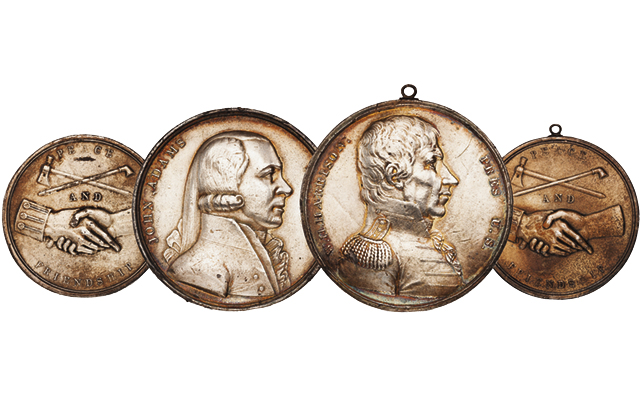 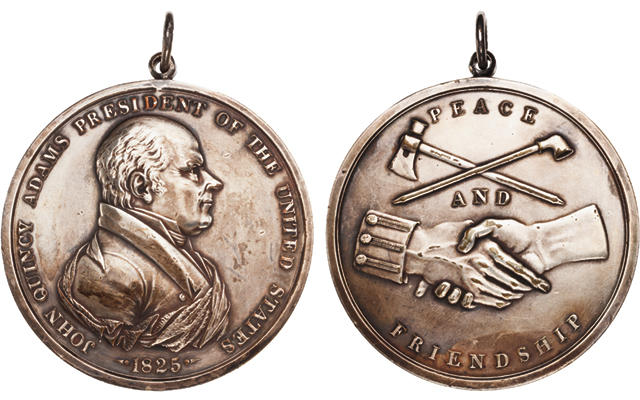 This 76-millimeter John Quincy Adams Indian peace medal forgery is of the type typically seen around the country at antique and gun shows.

Over more than three decades, Colonial and early U.S. coin and medal specialist Anthony Terranova has accumulated fantasies, facsimiles, and forgeries of Indian peace medals. He’s received these from some who believed they had genuine numismatic items.

Genuine Indian peace medals are official government or commercial pieces presented to Native American tribal leaders as diplomatic gifts and to encourage the opening of trade.

Terranova recently stopped acquiring such pieces, which he often purchased just to remove them from the marketplace. He has donated 55 of these pieces to the American Numismatic Society.

Terranova explains that a forgery or fake is a piece that is made to deceive a buyer. He states that a facsimile is an example created to show what a genuine piece would look like and is intended to be used for educational purposes. He defines a fantasy as a totally made-up piece for which an original does not exist.

Terranova said he purchased a number of the pieces knowing they were not genuine. Terranova kept the pieces primarily as a reference file.

Terranova said he made it his business to examine confirmed genuine pieces so that he would be able to differentiate them from questionable pieces.

Among pieces Terranova donated to the ANS is a group of facsimile Washington oval Indian peace medals made of metals other than the silver used for originals.

According to Terranova, the small-size Treaty of Greenville fantasy medals were likely produced for sale at some point in time after the signing of the treaty.

Terranova also donated an extremely deceptive “forged fantasy composite,” according to the ANS — a “Montreal medal” that was purportedly “conceived for the loyalty of the 182 Native Americans who remained with Sir William Johnson and the British army until the end of the Montreal campaign in 1760.”

The forgery is stamped with a fake silversmith’s hallmark.

Many of the fakes he received from collectors likely were purchased at gun or antique shows, flea markets, period re-enactment camps and similar venues, Terranova said.