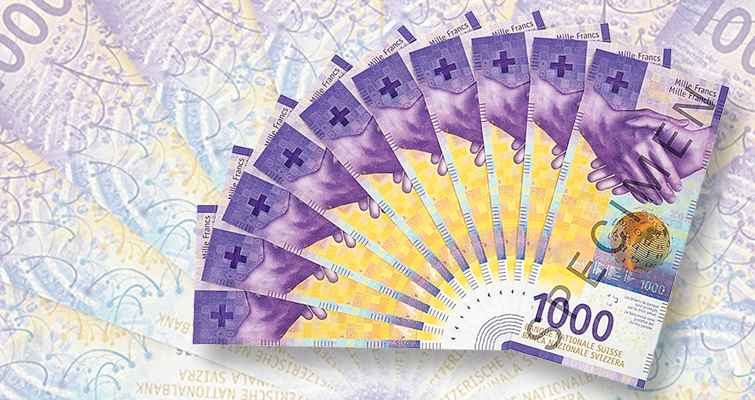 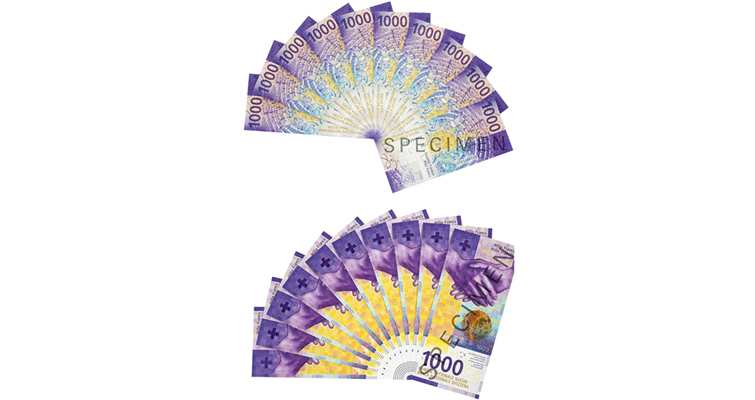 The release of the 1,000-franc notes is unusual in that many nations are eliminating their high-denomination notes, not introducing new ones.

The Swiss National Bank began issuing a new 1,000-franc note on March 13. Worth about $995, it is one of the highest value bank notes in the world, and with the European Central Bank no longer printing the €500 note, an attractive vehicle for those wishing to hold a large amount of cash in as small a volume as possible.

It is the fifth of six denominations in the bank’s new, ninth, note series. The 10-, 20-, 50-, and 200-franc notes are already in circulation. The notes from the eighth series remain legal tender until further notice.

The theme of the series is “the many facets of Switzerland.” The bank describes this as a concept in which each denomination depicts a typically Swiss characteristic, which is then graphically illustrated using a range of elements.

The theme of the 1,000-franc note is Switzerland’s communicative flair, expressed by the note’s key motif, language. The core design elements of a hand and a shimmering globe appear on every denomination in the series. The globe is meant to reflect that Switzerland sees itself as part of an interconnected world. In the sequence of notes from 1,000-franc to 10-franc notes, the Earth rotates once on its axis, passing through a full day.

The handshake on the face symbolizes interpersonal communication. The symbols over the globe are from the phonetic alphabet, which facilitates correct pronunciation of words in different languages. The key motif is also on the security strip, which has a map showing the language regions of Switzerland and its neighbors. In addition, the names of all Swiss cantons are listed.

On the back, Switzerland’s communicative side is represented by depictions of the seats in parliament — a forum for public debate, and an open network.

The colors of the new series are unchanged from the eighth, so the 1,000-franc note is purple. However, the format has been modified — the new notes are smaller to make them easier to handle.

The bank says the combination of complex security features and sophisticated design provides state-of-the-art anti-counterfeiting protection. The note is printed on a three-layer substrate by Landqart known as Durasafe. Security features include holographic foil, SPARK optically variable ink and Landqart’s Thrusafe and Viewsafe clear windows. It also has a tactile feature to aid those with visual impairments in identifying the denomination. The notes were printed in Switzerland by Orell Füssli Security Printing Ltd. 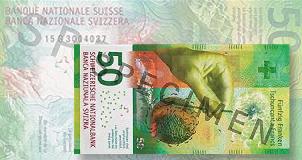 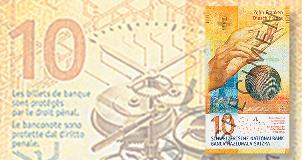 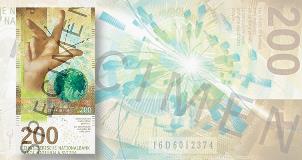