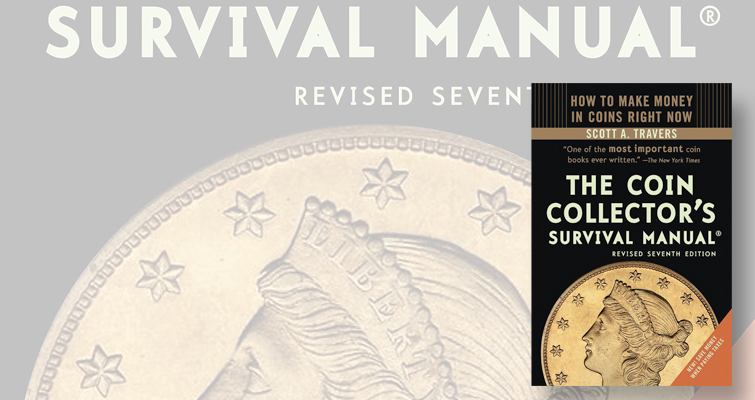 The revised seventh edition of The Coin Collector's Survival Manual by Scott A. Travers has been published by Penguin Books.

News release from Scott A. Travers, author of the Coin Collector's Survival Manual, now in its revised seventh edition:

(New York, NY)  - The Coin Collector’s Survival Manual , one of the best-selling and most honored hobby books of all time, has just been released in a new Revised Seventh Edition.

Like previous versions, the profusely illustrated new 404-page paperback, with a 16-page color insert, is packed with a wealth of inside information and valuable tips from its award-winning author, nationally known New York City coin expert and consumer advocate Scott A. Travers.

“This revised edition incorporates a vast amount of facts, figures and insights not published previously in this or any other book,” Travers says.

The Coin Collector's Survival Manual, Revised Seventh Edition contains a complete, up-to-date list, in chart form, of states where collectible coins and bullion are subject to sales tax – a vital tool with major implications for coin buyers.  Sales taxes and tax exemptions for coins and bullion are shown, as of April 2015, for every state in the Union, listed state by state.

The new volume also provides detailed information on recent developments at the leading certification services, including in-depth analysis of registry set programs and “plus” grading at the Professional Coin Grading Service (PCGS) and the Numismatic Guaranty Corporation of America (NGC).

And it takes readers behind the scenes at the Certified Acceptance Corporation (CAC), which has evaluated billions of dollars worth of certified coins since its founding in 2007 and exerts enormous influence on the coin market.

Distinctive CAC stickers on holders housing certified coins are widely viewed as the numismatic equivalent of the Good Housekeeping Seal of Approval and can greatly enhance the marketability and value of those coins.

Travers is president of Scott Travers Rare Coin Galleries LLC in New York and author of nearly a dozen trade books.  The Coin Collector’s Survival Manual, his first, has won multiple Book of the Year awards from the prestigious Numismatic Literary Guild.

The Coin Collector’s Survival Manual, Revised Seventh Edition  ($22.95; 432 pages, includes 16-page color insert; trade paperback; ISBN 978-0-375-72339-1) was published by House of Collectibles, an imprint of Penguin Random House in New York, and is available now in bookstores everywhere. It also can be ordered online at www.PenguinRandomHouse.com and is also available as an e-book. 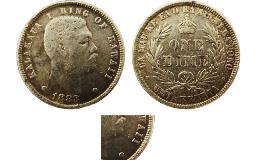 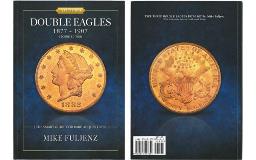 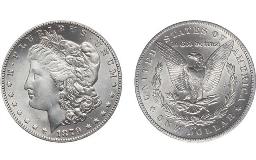