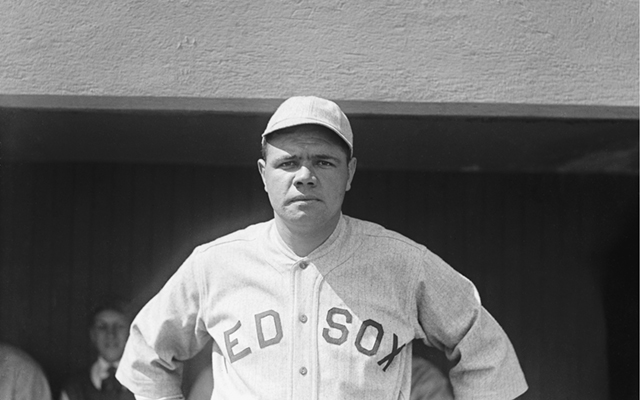 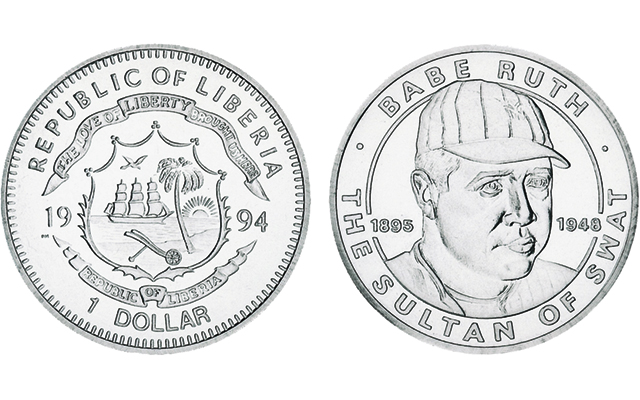 Babe Ruth's home runs revolutionized the game and his outsized personality broadened the appeal of the game during the Roaring ’20s. He is honored on a 1994 dollar coin from Liberia.

Professional athletes aspire to achieve the ultimate in their sport, being on a team that wins a World Series and enshrinement in the National Baseball Hall of Fame and Museum in Cooperstown, N.Y. While athletes who realize those achievements are in rarified air, only a select few ever inspire an adjective to describe their prowess on the field.

“Ruthian” is the word that describes the home runs that came off Babe Ruth’s bat at a clip never-before-seen in the 1920s, slamming the door abruptly on baseball’s “Dead Ball” era of low-scoring games and few home runs.

A prodigious home run hitter and erstwhile pitcher, Ruth’s status as leviathan was such that when the National Baseball Hall of Fame and Museum elected its first class in 1936 (just one year after Ruth retired), he was among the first five enshrinees (they would be inducted in 1939 when the museum opened.)

Dubbed the “Sultan of Swat,” Ruth’s ascendance as an offensive force helped lead the New York Yankees to four World Series championships in seven tries during his 15 years with the team, after a famous trade from the Boston Red Sox.

In 1994, he was also honored on two coins from Liberia, an Uncirculated copper-nickel dollar and a Proof .999 fine silver $10 coin. Both were issued by the Pobjoy Mint as part of a series honoring baseball’s stars.

Ruth is heralded as one of the best ever to play the game, but scholars of baseball note that the level of competition he faced varied because the game was closed to many minorities until the latter half of the 20th century.

Baseball was integrated in the modern era in 1947, with the arrival of Jackie Robinson heralding inclusion for African-American players, and during the 1960s Roberto Clemente helped open the door even wider, for Latino and Latin American players.