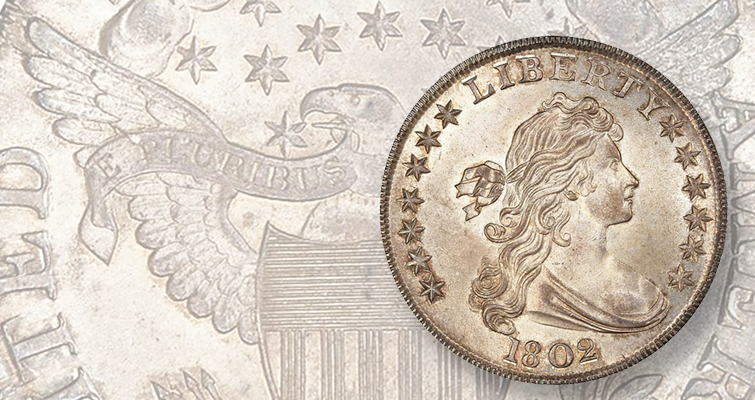 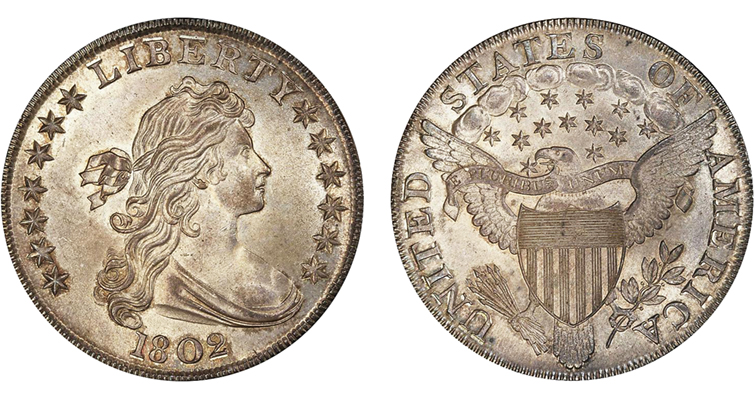 Both sides of the Stickney-Clapp-Eliasberg 1802 Draped Bust dollar, graded PCGS MS-65 and bearing cartwheel luster, sold for $329,000 at the Pogue V auction on March 31.

Here’s a coin that re-entered the marketplace after a long journey:

While the Dexter 1804 Draped Bust dollar that brought $3.29 million was the undisputed star of Pogue V, the sale featured a choice selection of other Draped Bust dollars including an 1802 dollar of the Bowers-Borckardt 241 variety graded Mint State 65 that sold for $329,000. Like Pogue coins generally, it combined a great provenance with spectacular and original eye appeal.

As famed dealer Henry Chapman wrote about this coin in 1907, “Perfection, and while I have seen several superb dollars of this year, yet I feel that this is the finest specimen. A gem.” Stack’s Bowers observed more than a century later, “Its cartwheel is indefatigable, resembling that found on a dollar struck a century later. The apparent brilliance of the surfaces yields richer peripheral toning of deeper gray and navy blue under a good light. The visual appeal would be difficult to exceed.”

The March 31 offering represented just the third time the coin appeared at auction, and its provenance goes back to before 1854, when it was part of the Matthew Adams Stickney Collection.

It had been off the market for two decades after last appearing in Bowers and Merena’s Louis E. Eliasberg Sr. auction back in 1997 where it sold for $165,000. 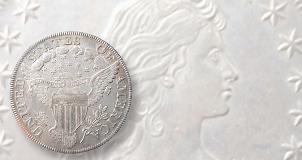 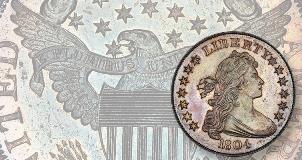