The strange place that paper money was recently found 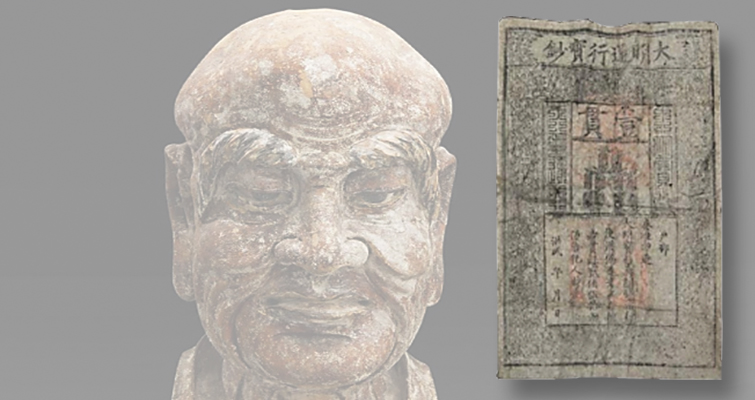 Old paper money is found in all sorts of unusual places, but perhaps none stranger or more historic than a recent discovery by catalogers at Mossgreen Auctions in Australia. 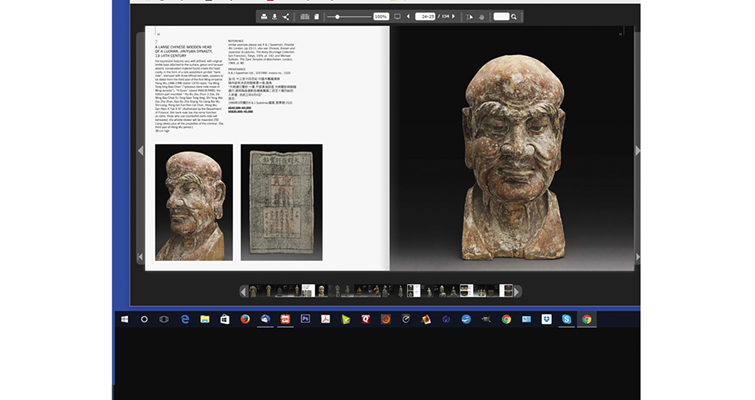 A Chinese sculpture yielded a surprise find: a wadded up Ming Dynasty note that is nearly 650 years old, as shown in this catalog screen shot.

Old paper money is found in all sorts of unusual places, but perhaps none stranger or more historic than a recent discovery by catalogers at Mossgreen Auctions in Australia. They were in the midst of preparing the 99-lot Raphy Star Collection of Important Asian Art, when what would become lot 7, “A Large Chinese Wooden Head of a Luohan, Jin/Yuan Dynasty, 13-14th Century,” presented a surprise. Secreted away inside the 15-inch-tall sculpture was a scrunched-up Ming Dynasty note.

The catalog states that the 1-kuan note is dated to 1370, the third year of the Ming Dynasty, the Hong Wu period (1368 to 1398), and is stamped with three official red seals. The text printed on the note is translated to “Da Ming Tong Xing Bao Chao” or “precious bank note made in Ming dynasty,” and the words“Yi Guan.” The bottom part is a warning to counterfeiters. It says in translation “Authorized by the Department of Finance, this bank note has the same function as coins, those who use counterfeit bank note will beheaded, the whistle-blower will be rewarded 250 Liang silvers plus all the properties of the criminal. The third year of Hong Wu period.”

Mossgreen’s head of Asian art, Ray Tregaskis, called the discovery “a thrilling moment,” and added, “While it was not unusual for consecration items such as semi-precious stones or scrolls to be left within the base or on the back of a sculpture, the discovery of this rare Ming Dynasty banknote is an exciting one and, importantly, it verifies the date of the sculpture.” 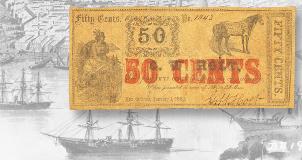