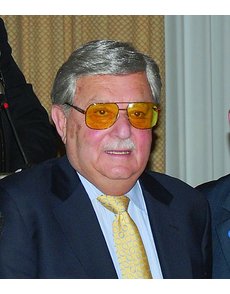 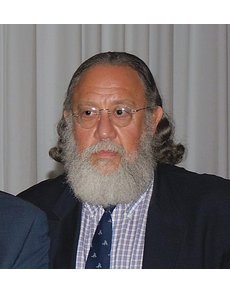 Following a two-year hiatus from professional numismatics, Harvey G. Stack and his son, Lawrence R. “Larry” Stack, will both join Stack’s Bowers Galleries beginning June 1, each with the title of senior numismatic consultant.

Stack’s Bowers Galleries was launched in January 2011, combining Stack’s, the oldest rare coin auction and retail company in America, with Bowers and Merena Auctions, another longtime auctioneer of rare coins and paper money.

According to Kris Briggs, marketing manager for Stack’s Bowers Galleries, Harvey Stack and Larry Stack will both be based in New York.

“Their job duties are far-reaching,” Briggs said. “Basically, they are here to do everything they can to increase the success of the company.”

Among their duties, according to Briggs:

? Pursue and obtain consignments for auction or private treaty.

? Consult and develop the company’s world and ancient coin expertise and transactions.

“The value of this addition of Harvey and Larry Stack to the Stack’s Bowers team is simply beyond measure,” said Greg Roberts, chief executive officer of Spectrum Group International Inc. “Harvey’s lifetime of experience has greatly influenced this industry, and he brings with him a remarkable sense of integrity and reliability that further enhance his extraordinary skills. And like his father, Larry was raised in numismatics and learned from the masters of the field, building his own reputation as a specialized leader in the industry.”

Harvey Stack said he is looking forward to his numismatic “rebirth.” He said many friends and collectors he and Larry have worked with over the decades liked the way Stack’s respected them as a collector. Since he won’t be tied down to a desk, Stack said he expects to be meeting clients both at the retail Stack’s Bowers Galleries location at 123 W. 57th St. in Manhattan, as well as at its newer facilities across the street.

Stack said his and Larry’s jobs will be to help make things run smoothly by blending modern technology mixed with collectors’ love of the hobby. He said Stack’s thrived on and encouraged the thrill of numismatic ownership, which he and Larry will bring to their new assignments.

Harvey Stack is the son of Morton M. Stack and nephew of Joseph B. Stack, who formed Stack’s rare coin business in 1933, where Harvey worked as a full-time staff member for 62 years, from 1947 until his retirement on June 30, 2009, as chief manager of business affairs.

During those six decades, Harvey Stack personally conducted more auctions than anyone in the numismatic industry, according to Stack’s Bowers Galleries. He appraised and cataloged countless numismatic rarities and was responsible for the sale of some of the most spectacular collections in history, such as the Anderson Dupont Collection, the Davis-Graves Collection, and the Harold S. Bareford Collection, according to the firm.

Larry Stack joined the family firm in 1973, having learned much of the business from his own study, dealing and family experience.

Larry Stack confirmed to Coin World on May 26, 2009, that his employment as director of numismatics with the then Stack’s LLC, under Anderson Press Inc. as majority owner, had been unilaterally terminated.

During his time with Stack’s LLC, Larry Stack was personally responsible for the development of many important and noteworthy collections and brought several significant collections to Stack’s, including the John J. Ford Jr. Collection and the Dallas Bank Collection. He also was involved the world record sale of the highest price ever realized at auction for a rare coin, the 1933 Saint-Gaudens gold $20 double eagle that realized $7.59 million in 2002.

The Dallas Bank Collection and 1933 double eagle sales were in partnership with Sotheby’s.

“It is a tremendous honor for Stack’s Bowers Galleries to welcome Harvey and Larry Stack back on the team,” said Chris Napolitano, president. “Their combined knowledge of numismatics is immeasurable, and their history is so rich in the traditions of the hobby. With this momentous addition of Harvey and Larry, alongside Q. David Bowers and our incredible Stack’s Bowers staff, I would say this is one of the most talented and experienced numismatic teams ever assembled.”

For more information about Stack’s Bowers Galleries, call (800) 458-4646 or visit the website at www.stacksbowers.com. ¦