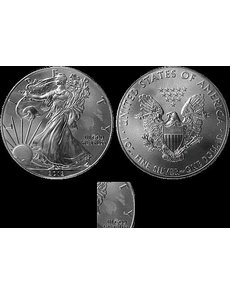 Spots and blotches are evident on the obverse of this 2012 American Eagle silver bullion coin in the field above IN GOD WE TRUST, along the rim between the T and Y in LIBERTY, and directly left of Liberty’s left foot. The reverse is spot-free. 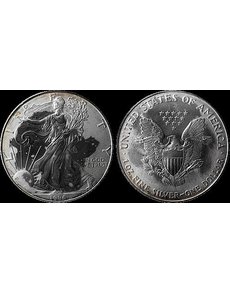 This 1996 American Eagle silver bullion coin has such extensive spotting and blotching on the obverse and reverse that it’s difficult to determine areas not affected by the distracting marks. 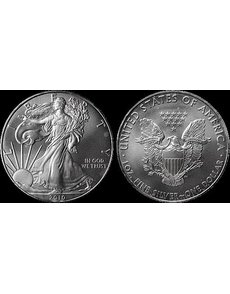 While a noticeable spot appears between the T and Y on the obverse of this 2010 silver Eagle, scattered spots can be found on the reverse, beginning along the bottom border from the E in FINE, traveling right, up to the second A in AMERICA. Two spots appears above the stars above the eagle’s head.