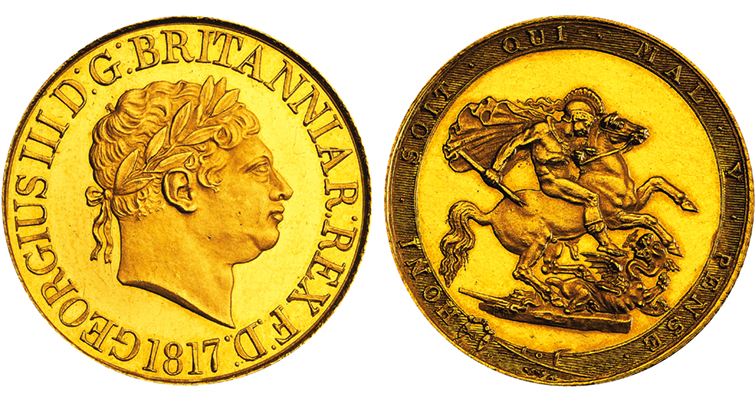 Benedetto Pistrucci’s famous St. George and the Dragon design was created for the pound amid a need for changes in the United Kingdom’s coinage. Though some special designs have temporarily appeared on the denomination, Pistrucci’s central design is a sovereign mainstay. 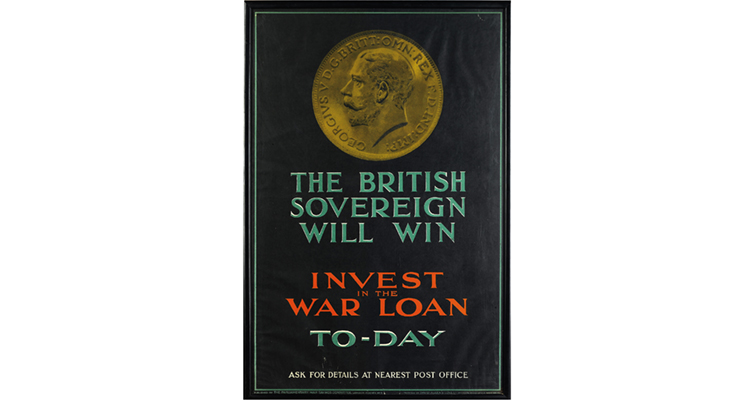 World War I taxed the United Kingdom and gold was a necessary funding element of war, so the British government encouraged coins to be traded in for paper money.

Editor's note: this is the second part of a story about the British gold sovereign, which celebrates a milestone anniversary in 2017. Senior Editor Jeff Starck's story about the coin and its history appears in the January 2017 monthly Coin World.

Two hundred years ago, in part of a great reform of United Kingdom coinage, the sovereign was born again, a revival for the ages.

The sovereign’s reintroduction in 1817 followed the Coinage Act of 1816 and marks the introduction of the now-famous, instantly recognizable St. George and the Dragon design by Royal Mint engraver Benedetto Pistrucci. (However, the coin did not replace bank notes as the popular medium of payment until certain restrictions were removed by the Bank of England from 1820 to 1823.)

The recoinage and exchange of 1816-1817 would transform the nation’s coins, and it meant greater scrutiny and efficiency than ever. The Royal Mint, at its new location in London at Tower Hill, was equipped to meet the new demands with modern steam-powered machinery.

Legislation formalized the gold standard, setting out the coins to be produced and the standard to which they would be struck. One key change was to reinstate the sovereign as a 20-shilling piece though with a new denomination — the pound. As the sovereign would circulate alongside the 21-shilling gold guinea for a time, it was essential that the new coin’s design be easily distinguished from the existing gold coin.

Pistrucci’s design is now regarded as a masterpiece. Though the sovereign deviates occasionally from the iconic St. George image, it always returns to its standard design.

Pistrucci came to London in 1815 under the patronage of the Prince Regent. He was relatively unknown in Britain but his reputation attracted interest and he quickly found sponsors and supporters of his work. Soon after his arrival, his engraving talent was recognized, and he was given the prestigious task of creating the designs for the new gold and silver coins of George III.

Pistrucci created an interpretation that defied the medieval image of St. George, instead opting for a Greek interpretation, bare and muscular, not weighed down with the usual chain mail and armor.

The standard sovereign, since its introduction in 1817, has been composed of .9167 fine gold and has weighed 7.988 grams, with an actual gold content of 7.32 grams. In addition, fractional and multiple versions of the sovereign are available, with quarter-, half- and double-sovereign coins joining a 5-sovereign coin.

After its introduction in 1817, the sovereign was quickly trusted and recognized in world commerce.

Nearly a century later, at the outbreak of World War I, Britain needed gold to finance its war effort, leading to appeals to the patriotism of British citizens to give up their sovereigns for their country. Sovereigns were traded in for paper money and quickly vanished from daily transactions.

An abundance of sovereigns were struck to become part of the gold reserves held by the Bank of England, which in turn were used to pay war debts to the United States, according to Marsh. The coins were almost certainly melted and made into ingots.

The Great Depression and World War II marked a further disruption in the issuance of gold sovereigns, with the last regular issue coming in 1932. Proof versions for George VII were issued in 1937, but no more sovereigns were issued until five years into Queen Elizabeth II’s reign. However, the coin has been issued with near-annual frequency since 1957, but geared toward collectors and investors. 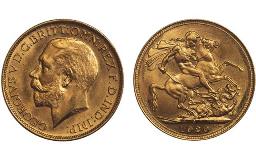 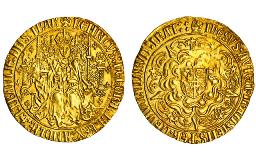 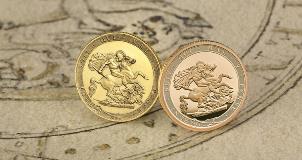