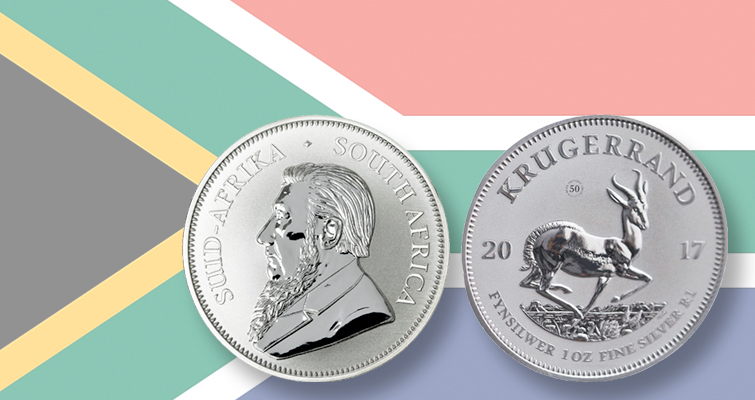 South Africa is celebrating the 50th anniversary in 2017 of the world’s first modern gold bullion coin — the South African gold Krugerrand — with a first issuance of the coin in silver.

The Krugerrand remains the most widely held bullion coin in the world and the most traded coin in history, and has been the model for all other bullion coins issued since its 1967 debut, according to GovMint.com, which, along with its sister firm Modern Coin Mart, has exclusive rights in North America to offer a special Premium Uncirculated version.

Dies for the 2017 Krugerrand silver 1-rand coin were digitally enhanced “through innovative laser-etching technology not available in 1967,” according to the distributor. “The results are razor-sharp detail, highlights, and shading not seen on a Krugerrand coin before.”

The 1-ounce .999 fine silver 1-rand coin features the standard obverse Paul Kruger portrait paired with the standard reverse design of the springbok. A special 50th anniversary logo appears on the reverse of this anniversary edition.

The silver 1-rand coin weighs 31.107 grams, measures 38.725 millimeters in diameter and has a maximum mintage of 1 million coins.

Proof and standard bullion issues are also part of the 50th anniversary program, which will be fully unveiled during the World Money Fair in Berlin in February.

No price is published yet, as the coins have not been released. They should become available for sale sometime before Christmas, pending customs clearance.

The distributor will provide updated information about the coins at a dedicated web site, www.GovMint.com/silver-krugerrand.

In addition, ModernCoinMart (another company affiliated with GovMint.com, is offering the coin at its website. 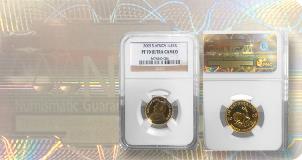