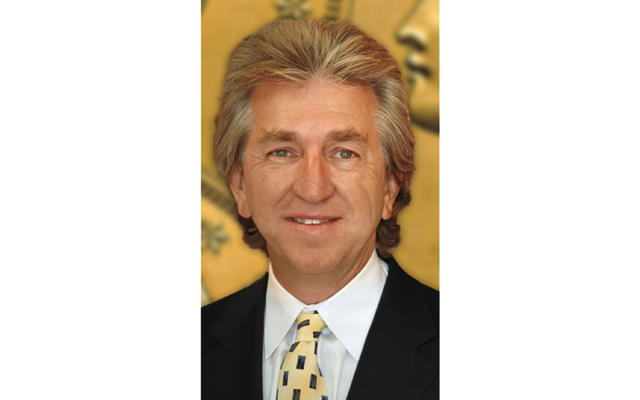 Mid-American Rare Coin Galleries founder and owner Jeff Garrett has been named to a three-year term on the national advisory board for the Smithsonian Institution's National Museum of American History.

Jeff Garrett, founder and owner of Mid-Atlantic Rare Coin Galleries in Lexington, Ky., joins Pulitzer Prize-winning Author A. Scott Berg in being named to the national advisory board for the Smithsonian Institution’s National Museum of American History.

“I am very excited and honored to have been asked to serve as a board member for the Smithsonian Museum of American History,” Garrett said. “By having worked closely with the numismatic department for many years, I will have unique experience among board members about the inner workings of the museum. The numismatic department of the Smithsonian has been very active in recent years, and hopefully my position on the board will be helpful in promoting the NNC and coin collecting.”

Garrett said the NMAH board serves the museum in three main ways:

??Advising the director, the Board of Regents, and the Smithsonian secretary

??Promoting outreach and advocacy of the museum

The Smithsonian’s Board of Regents approved Garrett and Berg for three-year terms.

The museum’s board was established in 1996 and is chaired by the Honorable Nicholas Taubman, president of Mozart Investments and former ambassador to Romania. With the new additions, the board has 23 members, including historians, community business leaders, philanthropists and 18 alumni. Board members advise the director on programs, exhibitions, facilities, development and finance.

“The addition of two distinguished Americans to our board continues our goal of involving public and private sector leaders in the important work of this museum. We welcome the new members, and I am confident we will benefit from both their experience and expertise,” said John Gray, director of the museum.

Garrett has been a longtime volunteer and advocate of the National Numismatic Collection. As a top expert in U.S. coinage, Garrett began as a partner with the Florida Coin Exchange from 1977 to eventually found Mid-American Rare Coins Galleries in 1984. Garrett also co-owns the Sarasota Rare Coins Galleries in Florida. Garrett has co-authored a number of books, including 100 Greatest United States Coins, 100 Greatest U.S. Modern Coins, and Encyclopedia of United States Gold Coinage, which is based on the United States gold coins in the National Numismatic Collection.

Garrett said that he met several months ago for breakfast with Gray, who asked Garrett if would be interested in becoming more involved with the entire museum.

“For the last few years I have been working with the numismatic department to raise funds for the new exhibit scheduled to open in 2015,” Garrett said. “We have been very successful, and the exhibit is fully funded and is currently being constructed.”

Through incomparable collections, rigorous research and dynamic public outreach, the National Museum of American History explores the infinite richness and complexity of American history. The museum helps people understand the past in order to make sense of the present and shape a more humane future.

The museum is currently renovating its West exhibition wing, developing galleries on business, democracy and culture.

For more information, visit the National Museum of American History's website. The museum is located at 14th Street and Constitution Avenue N.W., and is open daily from 10 a.m. to 5:30 p.m. (closed Dec. 25). Admission is free. For Smithsonian information, the public may call (202) 633-1000.