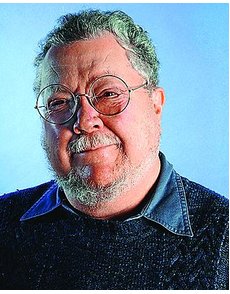 Dr. Richard G. Doty, better known as Dick Doty, the senior numismatic curator at the Smithsonian Institution’s National Museum of American History and a renowned scholar and author, died on June 2 following a battle with lymphoma.

Mr. Doty joined the staff of the National Numismatic Collection in 1986 and, through his exhibits and books, he went beyond the objects themselves. The Smithsonian’s obituary wrote that Mr. Doty “revolutionized numismatic research by illustrating poignant human relationships reflected in the objects he thoughtfully analyzed,” adding that he “shunned the [rarefied], traditional history told by many of his predecessors in favor of what numismatic artifacts could teach about the lives of everyday people.”

Before joining the NNC, Mr. Doty was curator of the modern coins and currency department at the American Numismatic Society in New York City from 1974 to 1986. He received his bachelor’s degree in history from Portland State University in 1964 and his doctorate in Latin-American Studies from the University of Southern California in 1968.

An early interest in coins

In a 2010 interview with Collectors Weekly, Mr. Doty discussed growing up in Oregon in the 1950s and still using silver dollars, remembering, “When you’ve got something like that in your hand, you know it’s money – it has heft, it has weight.”

Although he characterized his background as “extremely lower working class,” he started like many collectors do, with occasional interesting coins that he would find in his change.

At 13 he discovered Roman coins, which he found could be purchased for 50 or 75 cents at the time. He was surprised that anything that old even existed. That broad interest in all areas and eras of money proved useful. Mr. Doty said in 2010, “In my job here at the Smithsonian, I have to know a little about everything, basically. I’m curator of everything, from ancient Greek to modern U.S.”

Mr. Doty was a prolific author and earlier this year published Pictures from a Distant Country: Seeing America through Old Paper Money. His other publications include America’s Money, America’s Story (2008), The Soho Mint & the Industrialization of Money (1998), The Token: America’s Other Money (editor, 1994); The Macmillan Encyclopedic Dictionary of Numismatics (1982); Paper Money of the World (1977); and Coins of the World (1976).

The Smithsonian stated, “As one of the world’s leading numismatists, Doty will be remembered for his irascible humor and the belief that by examining everyday life and deeds of ordinary people we can discover extraordinary history.”

Mr. Doty touched the lives of many in our hobby. On June 3, the E-Sylum, the online publication of the Numismatic Bibliomania Society, issued a special issue devoted to Mr. Doty where more than a dozen numismatists shared reflections on his life.

Wayne Homren, E-Sylum editor wrote: “Dick was a force in numismatics in this country, and will be greatly missed. I know I’ll miss his quick and dry wit, scholarship, and low tolerance for numismatic bullcrap.”

Q. David Bowers reminisced: “Dick was the very definition of an absolutely ideal museum curator. He was an expert in many fields, and what he didn’t know he freely admitted and then set about learning more.”

John and Nancy Wilson wrote: “Whenever we pass our numismatic library, and see the shelf this book sits on, we will think of this great person and numismatist.”

Kenneth L. Edlow, chairman of the American Numismatic Society, wrote, “Doty was a leading expert on coins and currency, renowned not only for his profound knowledge, but also for his evocative personal writing style, his helpfulness to all, his charming wit, and sense of good fun.”

He is survived by his wife, Cindi Roden, who said of her late husband, “There was a lot he still wanted to do. … We will not see anyone like him again.” ¦