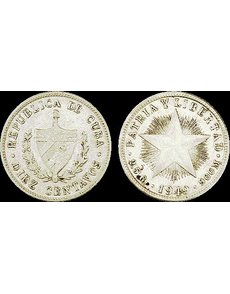 This 1949 example of a Cuban 10-centavo coin is one of only six dates in the entire series, and one of three years that is inexpensive in Uncirculated condition. 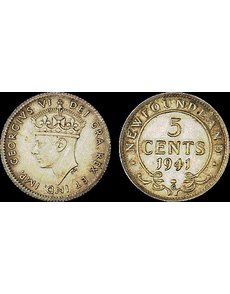 Eight years after this 1941 Newfoundland silver 5-cent coin was minted at the Royal Canadian Mint in Ottawa, Newfoundland gave up its dominion status. As a Canadian province, it no longer issued its own coinage. 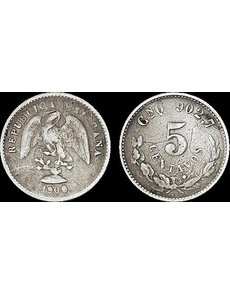 At 14 millimeters (or .625 inch) in diameter, this 1900 silver 5-centavo coin from Mexico is diminutive. The design of the eagle and snake represents liberty’s triumph. 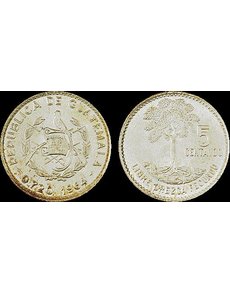 1964 was the final year that Guatemala’s 5-centavo coin was made in silver. However, a copper-nickel version featuring the same kapok tree survives to this day. 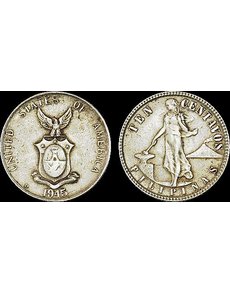 The “D” Mint mark on this 1945 Philippines silver 10-centavo coin indicates the coin was struck at the Denver Mint. Three U.S. Mints struck coins for the Philippines that year. 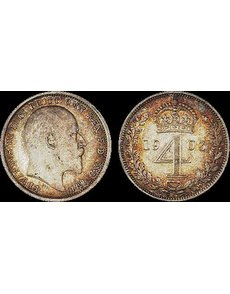 For tiny silver series, Great Britain is king. The fourpence, represented here with a 1903 Maundy coin, is popularly referred to as a groat. 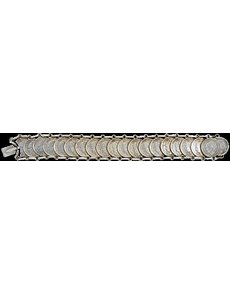 Tiny silver coins have been made into love tokens and trench art. A World War II soldier made this bracelet containing 20 Dutch 10-cent coins with dates ranging from 1928 to 1941. The bracelet measures 170 millimeters in diameter.
Previous
Next

People who fancy big silver crowns may wonder about the allure of the small silver coins that were part of pocket change worldwide until the mid-1960s.

The aficionados of these slivers of silver point to the numerous series of great beauty from which to choose. Also, because of their size, they are as affordable as they are easy to store.

Collectors of minor silver coins also point out that silver 5- and 10-cent coins and their equivalent world denominations are more valuable, gram for gram, than their bigger dollar equivalent cousins. Take Canada, for example. On average, you will spend $3 on eBay for a common date pre-1967 Uncirculated Canadian silver 10-cent coin. However, a common date Voyageurs silver dollar with precisely 10 times the amount of silver does not cost 10 times as much as the 10-cent coin. The dollars can be found starting at $20.

Nostalgia plays a role in this type of collecting as well. Many of today’s collectors can remember a time when a small silver coin could buy a pretty big candy bar, or even a comic book. These minor coins have major childhood memories imprinted upon them.

Every coin-producing continent has issued small silver circulation coins. The 90 percent silver Cuban 10-centavo coin is one of many North American examples. This is a relatively easy series to complete because the Cuban “dime” was only minted for six different years between 1915 and the end of the denomination in 1952. However, half of the dates are rare. Three of these dates can be found in the $10 each range while the other three in Uncirculated condition sell for $100 to $500 and up.

On any given day, you can find 50 to 60 listings on eBay for Newfoundland silver 5-cent coins — nicknamed “fish scales.” One reason for this availability is that Newfoundland continued issuing the tiny coins until 1947, long after other nations had changed the metallic content of their equivalent coins.

Canada removed the silver from the composition for its 5-cent coins after 1921; Mexico, after 1904; and the United States silver half dime was history by 1874. “Fish scales” were extinct by 1949 when Newfoundland and Labrador became Canada’s 10th province and ceased issuing their own coinage.

Mexico has large deposits of silver, but inflation drove silver out of its minor coinage in the early years of the 20th century. Happily for collectors, the silver 5-centavo coin remains affordable and accessible. The design of the golden eagle crushing the enemies of liberty, represented by a rattlesnake, is an unmistakable Mexican icon.

The Guatemalan 5-centavo coin is a long-running series featuring the national tree called the kapok. Many uses have been found for the seeds, pods and bark of this large and impressive tree, and it has been honored on the 5-centavo coin since 1949. The only significant change ever made to this series occurred in 1965 when silver was replaced with copper-nickel.

For the two years prior to Philippine independence in 1946, the coinage of this U.S. territory was minted at the Philadelphia, Denver and San Francisco Mints. The 1944-D and 1945-D silver 10-centavo coins bear a D Mint mark for the Denver Mint.

The design features an allegorical woman representing Liberty with the famous volcano, Mount Mayon, simmering in the background. Melecio Figueroa, the Filipino sculptor who designed it, used his 10-year-old daughter as the model for his design.

The pre-decimal monetary system of British Commonwealth nations was based on the number six instead of 10. This means that silver sixpence and threepence remain abundant for collectors.

Australia minted threepence coins in silver from the beginning of the denomination in 1910 until its retirement in 1964. The coin underwent various changes in 54 years: different monarchs on the obverse, from the national crest to wheat stalks on the reverse, and a reduction in the silver purity, from .925 fine (sterling) to .500 fine.

No nation has issued a wider variety of small silver denominations than Great Britain. The nation has issued silver farthings, half pence, pennies and one-and-a-half pence, to name a few. Although the Britain adopted a decimal coinage system in 1971, Maundy money continues to be minted each year featuring traditional silver pennies, twopence, threepence and fourpence coins. These special coins are gifted to pensioners by the queen in an annual ceremony.

Tiny silver coins are not just currency. They have been used in jewelry for centuries, in forms ranging from love tokens, to enameled pendants, to trench art. Trench art items are handmade by soldiers, from local materials. The prevalence and petite size of the Netherlands 10-cent coins made them an excellent raw material for trench art bracelets fashioned during both world wars. ¦