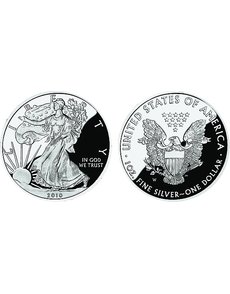 Prices have declined for Proof American Eagle silver coins as the price of silver has fallen, and may fall more when the Proof 2011 coins are released June 30. However, prices remain above their March levels.

Gold has shown more stability, its price ascent also having been more gradual than silver’s. When silver started to fall at the start of May, gold held its own until May 5, gradually dropping from its May 4 close of $1,541. By midday May 17, gold had declined to $1,470.

In the past several weeks, demand for generic Morgan dollars — a market sector that has shown dramatic gains in the past several months — has slowed as market makers stopped buying them in quantities. The primary demand for these coins came not from collectors, but from telemarketers, and the sharp decline in silver has made these relatively common coins a tougher sell at current levels to noncollectors who may be hesitant to invest in silver coins now.

To capitalize on the earlier dollar craze, Numismatic Guaranty Corp. had begun offering a new on-site grading tier at $30 for Morgan and Peace dollars valued at $500 and under, during major shows such as the June Whitman Baltimore Coins and Collectibles Expo.

Perhaps most sensitive to price fluctuations are Mint State 63 and MS-64 Morgan dollars. As prices increased, the grading services received an influx of Mint State examples for grading, with the majority of these coins grading from MS-60 to MS-64, meaning that the supply for MS-65 and MS-66 coins is not increasing in a meaningful way.

Proof American Eagle silver coins have also declined in price in the wholesale markets over the past two weeks. While on May 2 major buyers were paying $95 for examples with original packaging, on May 17 many of the major buyers stopped buying and the few continuing buyers were paying $73. For comparison, in mid-March these were trading at $50 each while silver was trading around the $35 an ounce level. The U.S. Mint is scheduled to release Proof 2011-W American Eagle silver coins on June 30, which will further reduce the pressure on the prices for these coins.

The recent influx of Proof 2011-W American Eagle gold coins, which first went on sale April 21, has not put much of a damper on that market, as prices had stayed reasonable and had not jumped as dramatically as the Proof silver American Eagles. At the peak on May 2 dealers were paying $1,750 an ounce for the gold issues, but on May 17 prices fell to $1,675 an ounce. ¦