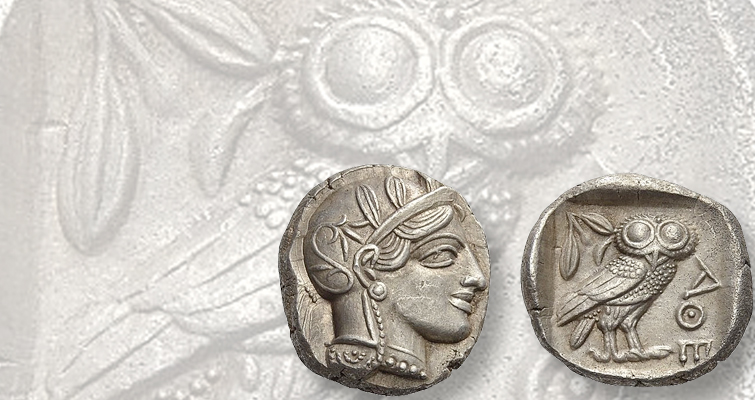 A particularly nice example of the classic silver coin of ancient Greece, the tetradrachm of Athens, realized a hammer price of about $2,062 during Nomos Ag’s Oct. 9 auction.

A particularly nice example of this coinage highlighted Nomos Ag’s Oct. 9 auction. The circa 440s to 430s B.C. coin in the Nomos sale, listed as Extremely Fine by the auction house, realized a hammer price of 2,000 Swiss francs ($2,062 in U.S. funds). The buyer’s fee is 20 percent, with additional fees varying depending on bidding method.

During the second half of the fifth century, Athens produced an enormous quantity of silver tetradrachms, tapping its mines in Laurion and the constant stream of tribute it received from the cities of the Delian League. Tens of millions of tetradrachms were struck. The coins served as an international currency prior to the time of Alexander and were used not only to pay for goods and services, but as a trade good in themselves, according to Nomos.

“Their purity was famous and they were often restruck into local coins, as in Sicily, or melted down to serve as the raw material for other coins or objects: the number of these coins that survive is but an infinitesimal fraction of what once existed,” the firm reported in its catalog. 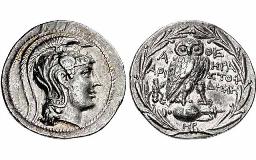 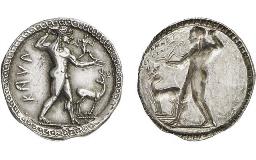 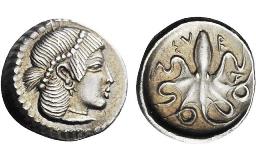