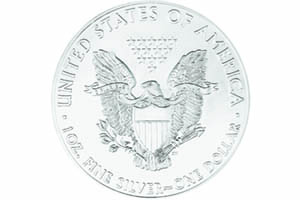 While the Heraldic Eagle reverse on the American Eagle silver bullion coin may be replaced, the design may still be retained for the Proof and versions with other finishes.

It came as no surprise to former U.S. Mint Sculptor-Engraver John Mercanti that his Heraldic Eagle reverse that has appeared on the American Eagle silver bullion coin since 1986 might someday be replaced.

The Citizens Coinage Advisory Committee has discussed the possibility over at least the past three years, and plans to make a formal proposal in April for a design switch.

Read in the March 31 weekly edition of Coin World about the CCAC’s reasoning for the substitution.