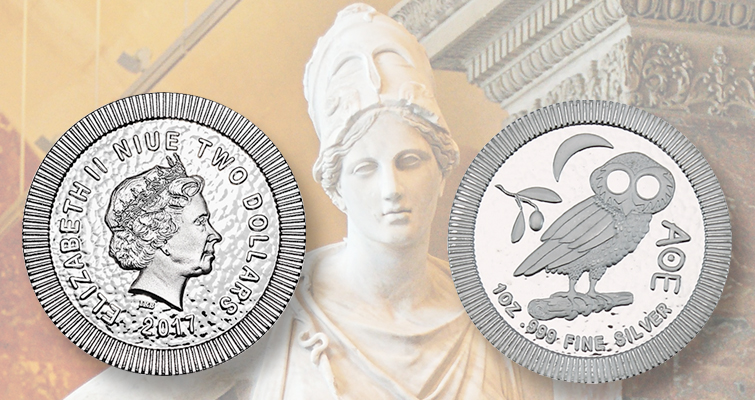 The 1-ounce .999 fine silver coin features a reverse design based on the classic silver coin of Athens, the tetradrachm depicting the Athenian owl on the reverse.

The tetradrachm design (paired with an image of Athena on the obverse) came to signify the powerful city-state in ancient Greece, and was one of the most influential coins in the world.

The 2017 bullion coin is struck in high relief, with hammered fields and reflective owl eyes. In addition, the coins were created with a broad stackable rim that is reminiscent of the rims found on poker chips.

The majestic owl stands on a tree branch on the reverse, with ?T? positioned to the right of the bird. In modern times ?T? has come to stand for Alethia Orno Eternia, translating to Truth, Honor and Eternity. In the hammered background are a crescent moon and the olive branch of peace. The eyes in a mirror finish represent the nocturnal binocular vision and wisdom of the owl.

The obverse bears the Ian Rank-Broadley effigy of Queen Elizabeth II and the 2017 date.

Each coin measures 39 millimeters in diameter.

According to David Madge, chief marketing officer at A-Mark, “This coin was designed as a bullion coin and as such it does not have a mintage. That said, there are production capacity constraints that should ensure that demand exceeds supply.”

The coins are delivered in tubes stacked with 20 coins. Individual purple boxes contain five tubes of 20 coins, and five 100-coin boxes compose a master box of 500 coins, or 500 ounces.

Major bullion distributors like JM Bullion and American Precious Metals Exchange are offering the coin to clients, according to Madge.

Premiums for the bullion coin will vary by seller, but at press time, single coins to be paid for by check or wire transfer were offered for about $1.50 to $2 per coin above the “spot” precious metal price. 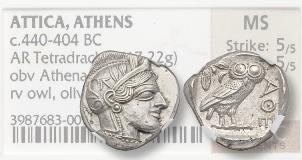 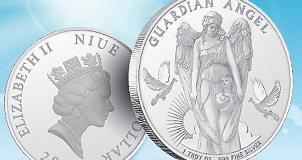