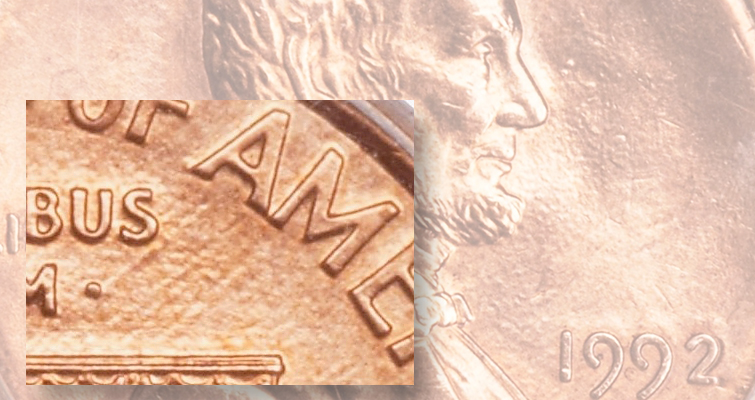 1992 Lincoln cents appear with either the common Wide AM in AMERICA or, as illustrated, the rarer Close AM variety. 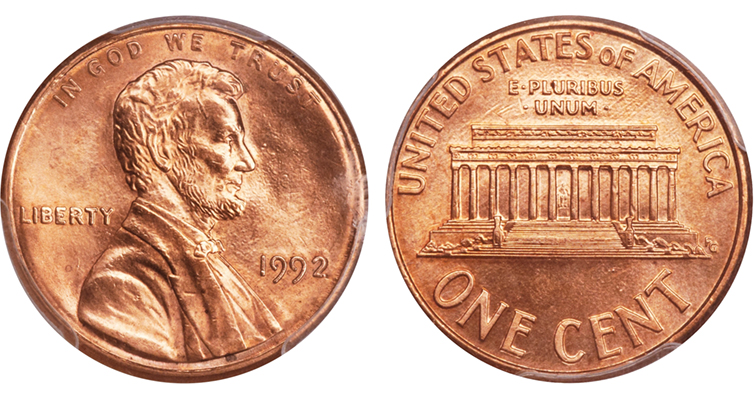 I love coin shows because you always learn something new.

Dealers, collectors, exhibitors and presenter are always eager to share their knowledge.

Here are a few things I learned at the Central States Numismatic Society convention in April.

I knew that some fakes are made by hollowing out a coin and placing a new obverse or reverse in the hole, just inside the rim. But I had never seen one until dealer Brian Raines showed me one on the bourse floor.

When he handed me a 1992 Lincoln, Close AM cent that had been rejected as fake by a grading service, I turned the coin over to study the AM in AMERICA on the reverse. “You’re looking in the wrong place,” he said as he directed me to the obverse rim. The couple of scuff marks there were expected and of no consequence, but just inside the rim, hiding where the field meets the raised rim, was an ever-so-thin line.

In a presentation, Randy Campbell, Florida United Numismatists president, recounted how the FUN board scrambled in late 1979 to fill a demand for bourse tables as gold and silver prices zoomed in the run-up to the January 1980 FUN show. Gold was roaring toward $850 an ounce ($2,450 in today’s money) and silver toward $50 ($145 today).

Sellers lined up outside the hall to sell everything from Morgan dollars to grandpa’s gold teeth. The FUN bourse sold out. More than 100 dealers were clamoring for tables. Randy said FUN solved the problem by persuading a couple to change their wedding date so FUN could take over their reception hall.

FUN, he said, placed 150 to 180 tables in the auxiliary hall. A couple weeks later, bullion fell off a cliff, never to completely recover.

At the CSNS show, former American Numismatic Association President John Wilson took third place in the Miscellaneous exhibit category at CSNS for a display of “Postage Stamp Scrip Notes.” I’d never heard of the things, though John pointed out that one of them is pictured, with no explanatory text, in Matt Rothert’s 1963 black Whitman booklet, A Guide Book of United States Fractional Currency.

Before the United States printed fractional currency, two merchants concocted their own postal notes in 1862 using cards. The cards had stamps affixed to them and were designed to circulate at the value of the stamps. A July 4, 1862, issue from Newport, R.I., had 1- ,2- and 3-cent stamps glued to it and the notation “V — United States Postage Stamps — 5 Cents.”

The medium never caught on and the notes are very rare.

Coin shows are great. You always see something you’ve never seen before. 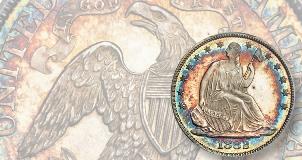 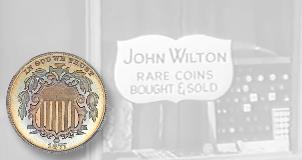