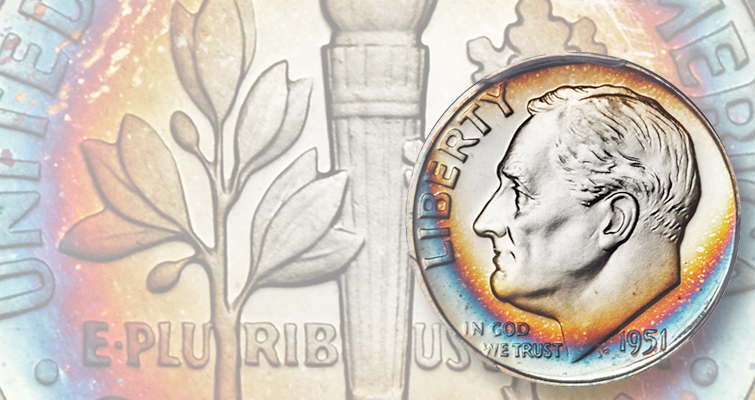 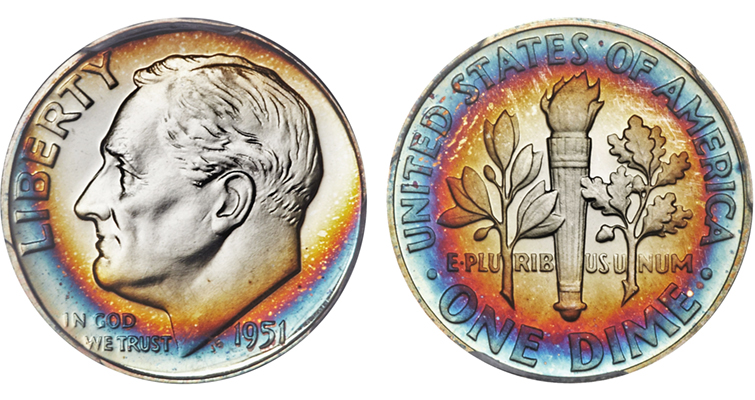 After stopping Proof coin production in 1942, the Mint began producing and selling Proof sets in 1950. In 1951, just 57,500 Proof sets were sold, and among these early sets, coins with Deep Cameo contrast between fields and devices are often very rare.

COIN VALUES: How much is your 1951 Roosevelt dime worth?

Surprisingly, the other Proof 68 Deep Cameo 1951 dime sold for $14,100 at Heritage’s March American Numismatic Association sale, though that example was untoned. Heritage writes that the toned example offered at Central States “displays vivid shades of burnt-orange and cobalt-blue toning, over sharply detailed design elements and deeply reflective fields that contrast dramatically with the frosty devices.” It sold for $18,800.