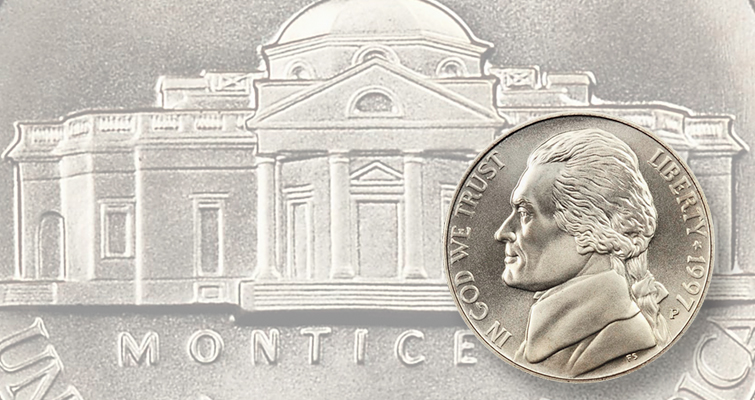 The United States Mint has executed a number of coin series with special finishes, including the Matte Finish 1997-P Jefferson 5-cent coin included in the 1997 Botanic Garden Coinage & Currency set. 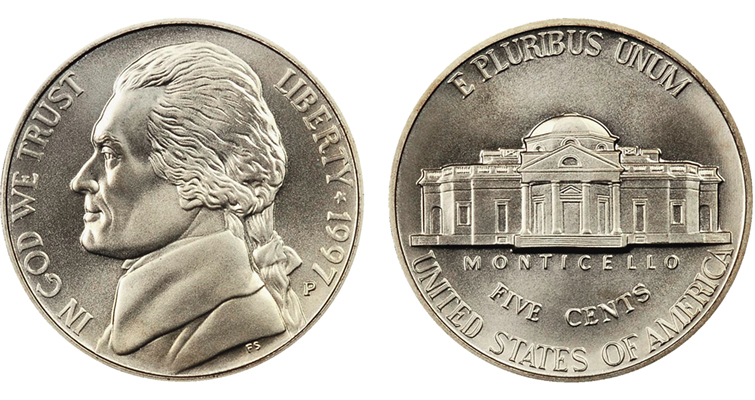 Only 25,000 Matte Finish 1997-P Jefferson 5-cent coins were struck for inclusion in the 1997 Botanic Garden Coinage & Currency sets, which sold out fast!

Both the 2015 Harry S. Truman and Dwight D. Eisenhower Coin and Chronicles sets contain exclusive Reverse Proof Presidential dollars. Limited to 17,000 sets each, they sold out in mere minutes.

Despite low household order limits, these blazing fast sellouts have caused the ire of many collectors who are now unable to buy the sets at Mint-issue prices. Many have called for the Mint to re-examine its limited edition offerings and how they are sold.

To many, this is an old refrain. A look back almost 20 years to the sale of the 1997 Botanic Garden Coinage & Currency set reveals the story of a similar sellout.

To help promote and boost sales of the 1997 Botanic Gardens commemorative dollar, the Mint offered the Botanic Gardens Coinage & Currency set. One item included in the set was a Matte Finish 1997 Jefferson 5-cent coin. The set was limited to 25,000 units, making the “nickel” one of the lowest mintage coins in that entire series. The pre-issue price of the set was $36, just $6 higher than the price of the dollar alone. The Mint was fighting against negative perceptions created by the glut of coins issued for the 1996 Atlanta Olympic Games, all of which could be bought for less than the issue price in the secondary market.

Mint Director Philip N. Diehl said in an April 11, 1996, statement: “We recognize that our customers expect that our products retain a significant portion of their purchase price in the after-market. We believe lowering mintages will help us achieve that goal.” The forthcoming Botanic Gardens Coinage & Currency set was specifically cited as being part of this low mintage initiative.

On Feb. 21, 1997, the set went on sale. Orders could be submitted only by mail and were honored in order of their postmark timestamps. The set was sold out in one week. Nearly 13,000 households received sets.

Five months later, the Mint again reported on the enormous success of this new initiative. On Aug. 12, 1997, they announced the results of a sealed-bid sale conducted during the American Numismatic Association convention. A set traded for $500!

Diehl reported the result: “We are delighted by the strong performance. ... The secondary market values clearly confirm our philosophy of creating unique and varied limited edition products that appeal to our customers.”