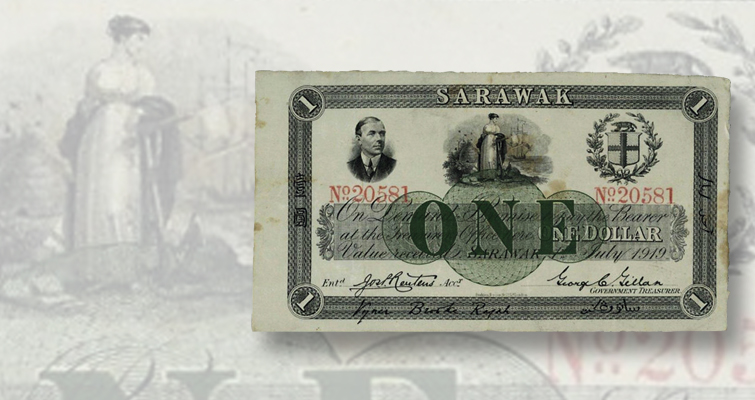 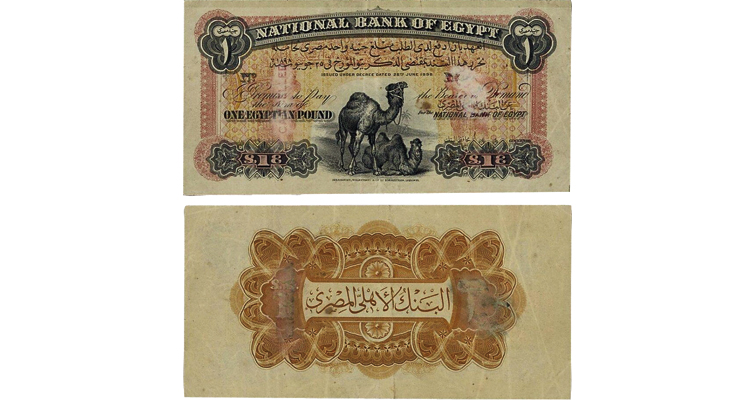 The Spink auction of world bank notes in London on Oct. 27 marked a return to normalcy in that it was a floor auction in addition to an e-auction. The floor portion had 421 lots, literally from A (Afghanistan) to Z (Zambia).

Although a number of the items offered did not meet their reserves, some others — for example, a group of notes from Sarawak — far exceeded their estimates. In total, 20 lots were from the former independent state and British protectorate that is now the largest state in Malaysia.

A Sarawak Government Treasury 25-cent note dated July 1, 1919, in Paper Money Guaranty Very Fine 20 sold for £21,000 (a pound is currently worth $1.37 U.S.) on an estimate of £5,000 to £6,000. The cataloger speculates that it is one of two examples known. The design is plain — red text on cream card-like paper with the value in several places. The reverse has the arms of Sarawak in the middle and the value at left and right.

An estimated £8,000 to £12,000 was expected for an attractive and interesting large $25 note dated July 1, 1929, graded Extremely Fine 40 by PMG. The predominantly blue design on the face features palm trees and fronds flanking a vignette of Charles Vyner Brooke, the third and last White Rajah. The back shows the government building in Kuching. PMG has seen only eight of these. It was hammered down at £17,000.

The £13,000 realized for a uniface $1 note of July 1, 1919, was double the expectation. The black and green design has on the face Brooke at top left, the arms at top right, and an allegorical female with a beehive and anchor representing Industry and Commerce in the middle. At PMG Very Fine 25, only two like notes are rated higher by the service.

A pair of camels dominate the face of a National Bank of Egypt £1 remainder note dated June 25, 1898, of which no others are recorded. This remainder is unusual because it has signatures, leading the cataloger to opine on the possibility that some these were overprinted and kept for archival purposes. Since the cancellations are lightened, there may have been an attempt to mix them into the circulation with issued bank notes. The estimate was £2,500 to £5,500 in PMG Very Fine 25 Net (Repairs). It sold for £10,000. 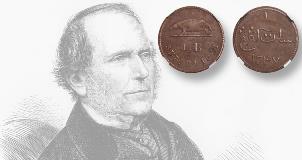 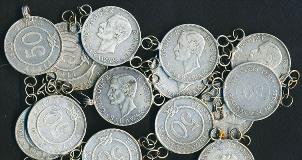 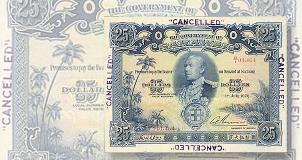