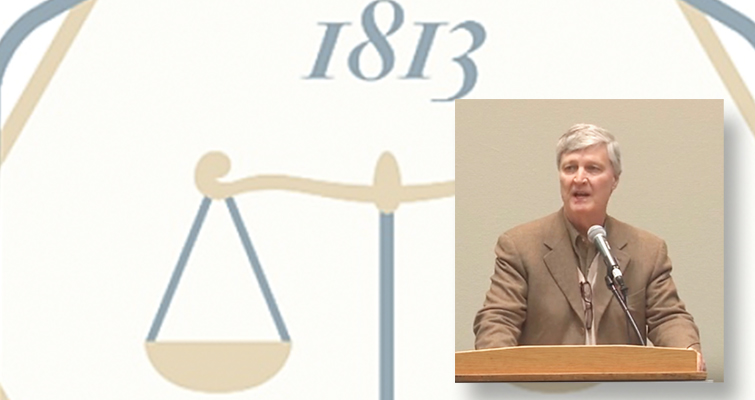 Ten pages of written testimony were submitted for the House Judiciary Committee’s consideration by James “Jimmy” Hayes, an attorney and former congressman from Louisiana.

The court’s 40-page opinion on South Dakota v. Wayfair Inc., et al, provides that a state can now require online retailers beyond its borders to collect the state’s sales-tax revenue from the state’s consumers. But the 5–4 court decision also mandates that “all remote, or interstate sales are subject to the decision and that all sales across state lines could be taxed whether originating from an internet transaction or initiated in any other form whatsoever and however communicated.”

The Supreme Court ruling has already had an effect in practice among the numismatic community.

In late July, two numismatic auction firms, Heritage Auctions and Stack’s Bowers Galleries, informed potential bidders via their respective websites of the ramifications of the Supreme Court decision and the required collection of sales taxes by the two auction houses.

Stack’s Bowers notified its clients with the following message: “The Supreme Court recently ruled that states may collect tax on purchases made from out-of-state sellers, even if the seller does not have a physical presence in the taxing state. Unfortunately this ruling affects our clients that reside in states that do collect sales tax and do not have exemptions for the purchase of coins, currency or bullion.

“Dealers with valid sales tax numbers who have provided us with a resale certificate will be exempt.”

As Heritage offers a great deal of material beyond its numismatic categories, such as furniture, jewelry and antiques, Heritage has not released a blanket statement, according to Eric Bradley, director of public relations there. “There is no single announcement,” Bradley said. “It depends on the client’s state of residence and that state’s sales tax law.”

A banner announcement at the Heritage website for one of the affected content categories reads: “For Coins: Effective August 1st, Heritage Auctions is required by state law to charge applicable sales tax on any items in this category delivered to addresses in the following states: Hawaii, Kentucky, Maine, Mississippi, Ohio. Exemptions include dealers with valid sales tax numbers who are purchasing for resale and who furnish us with a properly completed resale certificate, for the states listed above. See paragraph #25 in our Terms and Conditions for more information.

“NOTE: Please visit our other categories regarding other states with applicable sales tax.”

Hayes believes it will take congressional action to properly interpret and apply the court’s decision.

“The questions on the minds of anyone engaged in ‘remote sales’ across state lines are as multiple as their vantage points and perspectives, but all share the same concerns about the threat to the business they have created and devoted their lives toward sustaining,” Hayes wrote in his testimony. “To what extreme lengths might dozens of state legislatures go in search of enough money to balance deficits of their own making by imposing upon ‘remote sellers’ (also known by them as ‘non-voters’) the burden of collecting sales and use taxes their own citizens refuse to pay?”

Hayes says “only Congress can provide a uniform statutory framework determining if and when, and under what circumstances, sales and use taxes should be collected by ‘remote sellers.’”

Hayes’ testimony indicates that the most prominent example of an unintended consequence from the Supreme Court decision is now-retired Justice Anthony Kennedy’s reference in the opinion: “?‘Sellers who choose to use such software are immune from audit liability,’ referencing the Streamlined Sales and Use Tax Agreement,” Hayes said.

“Inherently, the power to audit contains enormous potential for abuse as leverage to obtain compliance in order to avoid the cost of an audit as well as the risk to privacy of client lists,” Hayes said in his written testimony. “Many states have provisions for audit but none allow for the assessed party to choose a forum.”

The scope of interstate sales covered by state statutes that will be affected by the Supreme Court’s decision goes well beyond collections of sales taxes on internet transactions.

“There is no limitation to internet sales nor, especially absent physical presence, limitation to traditionally taxed items or services,” according to Hayes’ written testimony.

“The Court’s decision is an invitation to revisit target lists with an eye on ‘remote’ sellers and service providers,” Hayes wrote.

Group One will consist of those who vehemently disagree with the justification for taxation of anyone and anything that does not have physical presence.

Group Two will comprise home state sellers across state lines where everybody will be “mad as hell.”

“Compliance is a different matter for a Group Three of smaller, but financially important remote sellers who have enough business to exceed a state threshold but who have hit a wall of compliance issues and costs,” according to Hayes’ testimony.

“For the most part, this group [Group Three] will first attempt to comply with the states rules,” Hayes wrote, but he continues, “If they cannot, they will either leave markets where it seems unbearable or they will participate in legal schemes developed by the new cottage industry of tax lawyers specializing in avoidance of state taxes, known as ‘the remote loophole finders.’

“The ‘in-betweener’ Group Four is large in number but less affluent or sophisticated than the third tier and cannot afford to hire the ‘loophole finders,’ ” says Hayes. “They will become the equivalent of the taxing state’s own well-known ‘dodge the use tax’ group."

“In my home State of Louisiana, the sales and use tax and collection system is so complex that it is hard to believe that it was not left with us long ago by aliens. Store owners calculate three or four different tax rates for different governmental entities, keep the records, and make payments to each taxing authority, and that is just for local physically present buyers,” Hayes wrote.

The 40-page South Dakota v. Wayfair decision can be found online here. The complete text of Hayes’ written testimony rpesented before the Hosue Judiciary Committee can be accessed here. 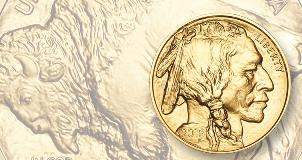 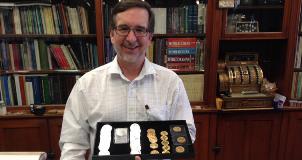 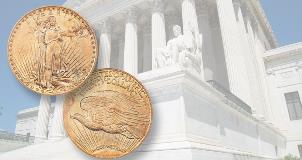