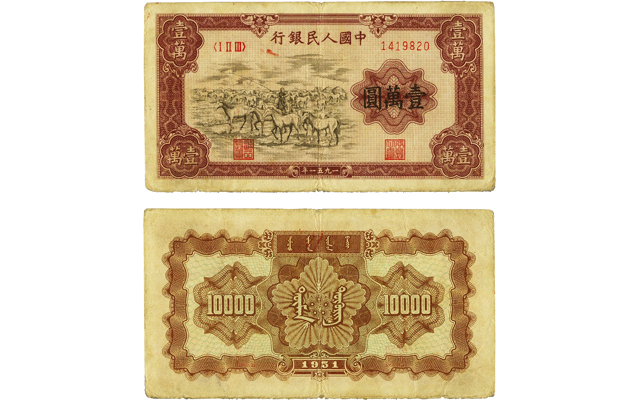 This 1951 10,000-yuan note issued in Mongolia by the People's Republic of China sold for $199,750 April 24 during the Heritage Auctions sale in conjunction with the CSNS convention. 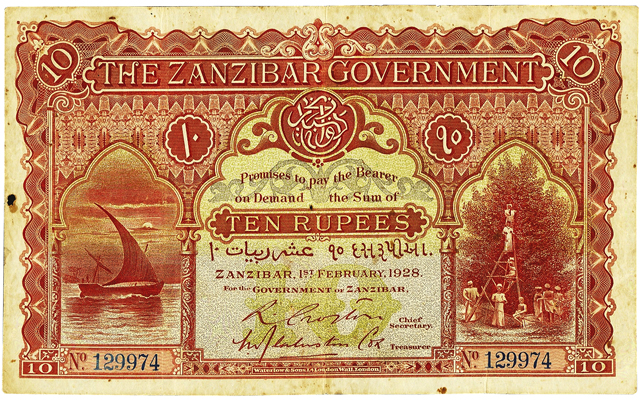 This rare 1928 10-rupee note of Zanzibar sold for $64,625 April 24 during the Heritage Auctions sale at the CSNS convention in Schaumburg, Ill.

The note was graded Very Fine 20 by PCGS Currency.

All prices include the 17.5 percent buyer’s fee.

In addition to the notes offered at the CSNS convention auction, Heritage will also offer notes from the Hill Collection in Tuesday Internet Auctions and at Heritage’s World Currency Signature Auction in Long Beach, Calif., Sept. 3 to 8.

She actively served in both the Society of Paper Money Collectors and the International Bank Note Society, and was a fellow of the American Numismatic Society.

For more information about the auction, visit Heritage Auctions at www.ha.com or telephone the firm at 800-872-6467.