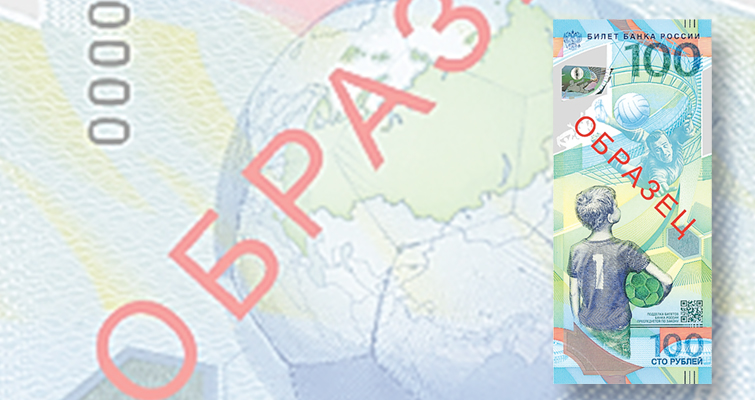 A 100-ruble bank note made of polymer and with vertical designs commemorating soccer’s 2018 World Cup was released in Russia May 22. 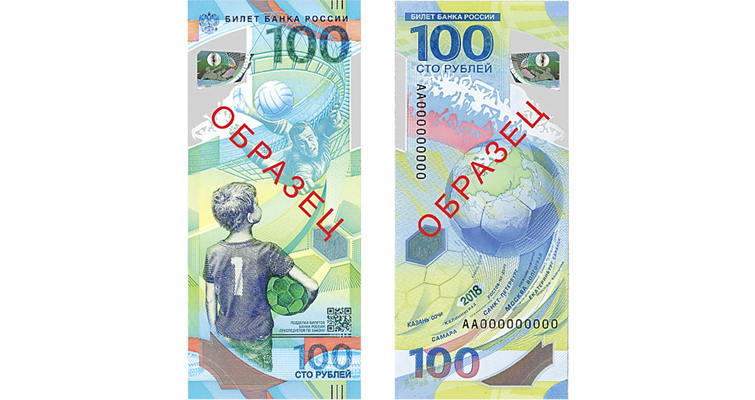 A 100-ruble bank note commemorating soccer’s 2018 World Cup was released in Russia May 22.

A 100-ruble bank note commemorating soccer’s 2018 World Cup was released in Russia May 22. Up to 20.4 million of the vertically oriented, 155- by 65-millimeter, blue, green, yellow, and red notes will be issued.

It is the first polymer bank note put into circulation by the Bank of Russia.

The 100-ruble note is currently equal to $1.61 in U.S. funds at official exchange rates.

The bank describes the face of the note as symbolizing a link between generations: a boy holding a ball is dreaming to repeat the achievements of great players like Lev Yashin, a Soviet era goalkeeper from 1950 to 1970, who is widely considered the greatest ever to play the position.

The back has a stylized image of a globe in the form of a soccer ball with a color map of Russia outlined on it. Below the ball, in typography meant to show the ball’s movement, are the names of the cities hosting the matches. At the top are silhouettes of soccer fans in the colors of the Russian flag.

The use of polymer substrate has permitted visual security features that can be checked from both sides of the bank note, including a transparent window with a holographic element inside.

A QR-code on the face has a link to the page of the Bank of Russia website with the description of the note’s security features. 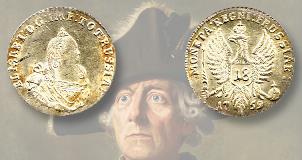 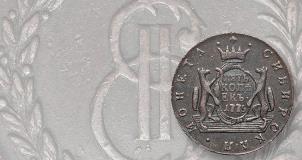 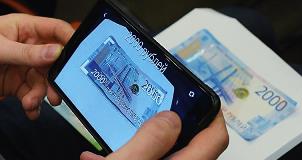