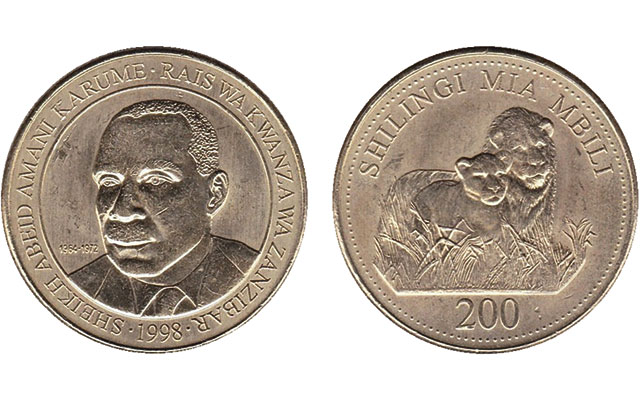 The Royal Mint has secured a contract from the Bank of Tanzania to issue a new 500-shilling coin, which will surpass the 200-shilling coin (shown) as the highest denomination coin in the East African nation.

Tanzania is replacing its 500-shilling bank note with a coin, and the Royal Mint has obtained the contract to produce the new coin.

The Royal Mint announced its contract Jan. 14. Bank of Tanzania officials are replacing the note with a coin because the coin will offer increased durability over the notes, which will gradually be withdrawn from circulation. The 500-shilling note is the lowest denomination note in Tanzania and also the most circulated.

The Royal Mint’s relationship with Tanzania predates Tanzanian independence in 1966. The Royal Mint struck coins for the East African Currency Board, the monetary authority then overseeing currency in East Africa, which then comprised Kenya, Uganda and Tanganyika (now Tanzania).

The new 500-shilling coin will feature a portrait of the first president of Zanzibar, Sheikh Abeid Amani Karume, on the obverse and, on the reverse, an African buffalo, which is commonly found in the national parks of Tanzania. Neither the bank nor the Royal Mint has released any images of the new coin, which will incorporate the Royal Mint’s aRMour plating technology.

In addition to being wear-resistant, according to the Royal Mint, the new coin will include a latent security feature showing 500 at one angle and BOT, for “Bank of Tanzania,” at another.

The Royal Mint states that it is the world’s leading export mint.

The 200-shilling coin is currently the highest denomination coin in Tanzania.