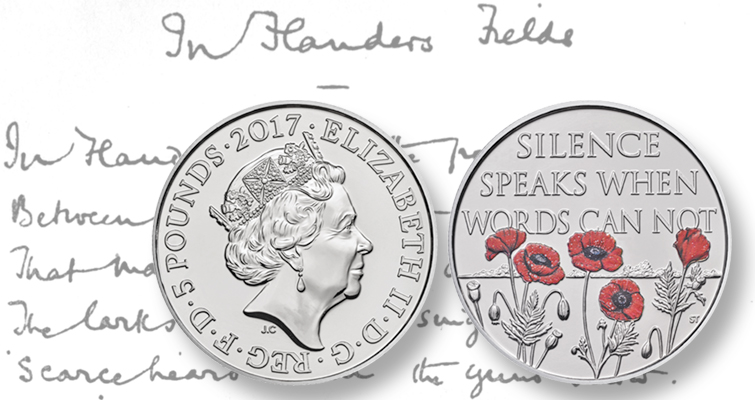 Though the Royal Mint has previously issued coins for the important annual day to remember the sacrifice of veterans, those have been for Alderney. The 2017 £5 coin is wholly British.

Royal Mint Graphic Designer Stephen Taylor was inspired by “In Flanders Fields” for the Remembrance Day coin, which shows the poppy that has become synonymous with Nov. 11.

“I started my research by looking at words and symbols that are connected with Armistice Day, but realising that the poppy is by far the most synonymous with remembrance and the traditions that surround it, that became my focus,” he said. “I chose natural poppies with a realistic, wildflower quality, echoing the flowers John McCrae would have seen growing when he wrote the poem, ‘In Flanders Fields.’ It’s a poignant reminder of the brave men and women who have lost their lives or been injured in conflicts past and present, enabling new life to grow from their sacrifice.”

Royal Mint coin designer Kerry Davies suggested the words “Silence speaks when words can not” and it was selected as the inscription for this design. 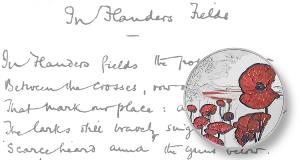 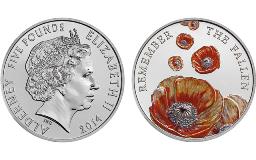 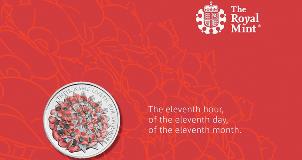