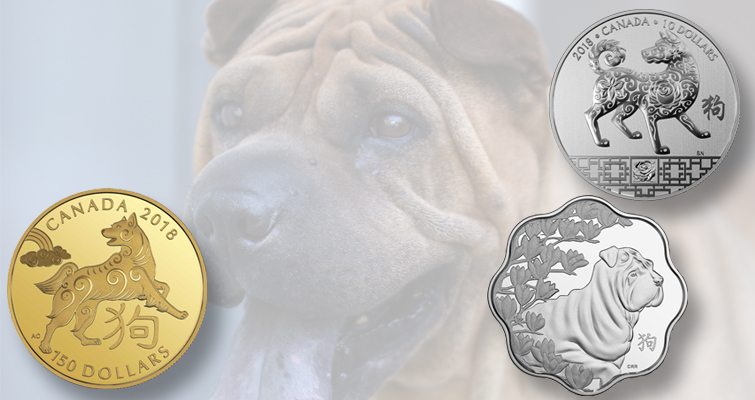 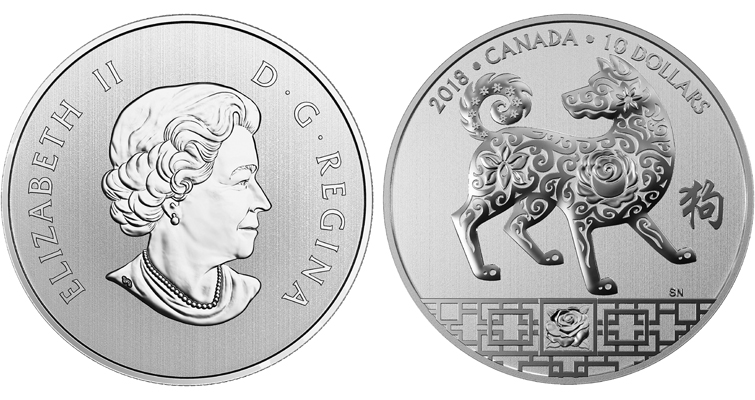 The half-ounce silver $10 coin features a stylized dog design and has a mintage limit of 15,888 pieces. 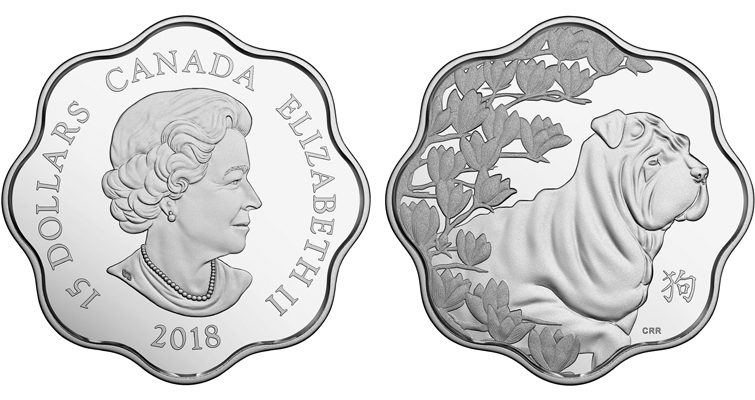 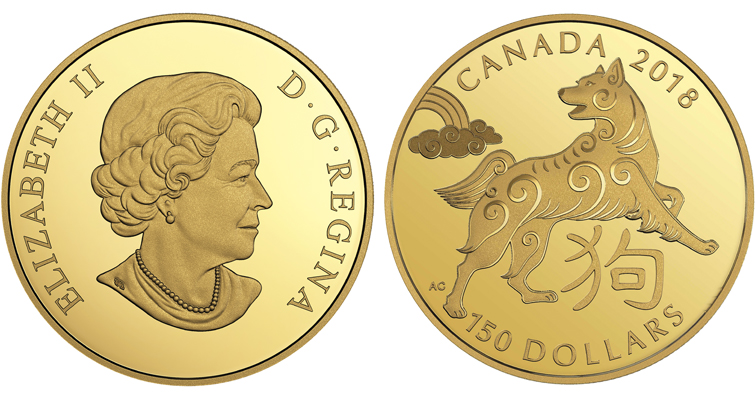 The gold coin features a design stylistically similar to the silver $10 coin. The gold coin has a mintage limit of 1,500 pieces.

The RCM in August released three commemorative coins for the event — a half-ounce silver $10 coin, a scalloped shaped silver $15 coin and a gold $150 coin containing an auspicious amount of pure gold.

All of the coins feature the Susanna Blunt effigy of Queen Elizabeth II on the obverse, with different legends referencing her role as queen and her reign over Canada.

The half-ounce .9999 fine silver $10 coin features a reverse by Canadian artist Simon Ng. His design is an oriental-stylized depiction of a dog standing above a traditional Chinese latticework that incorporates a rose, one of the dog’s lucky flowers. A rose also appears on the dog’s chest, while oncidium and cymbidium orchids, the dog’s other floral charms, fill the remainder of its silhouette. The Chinese character for “dog” appears to the right.

Engraving captures the energy of the loyal dog personality that is always poised and ready to play — or protect. The date of issue and the denomination are also indicated.

It has an official issue price of $41.88 Canadian.

The Proof .9999 fine silver $15 coin features an image of a shar pei on the reverse. Three Degrees Creative Group created the reverse design.

Viewed in side profile, the shar pei is the very image of a faithful protector and courageous companion as it looks beyond the coin’s scalloped rim. Beneath its muzzle is the engraved Chinese character for “dog,” while the timeless beauty of magnolia blossoms adds an ornamental flourish at the left side of the coin.

“There are no legends on the reverse to detract from the power and the beauty of the dramatic design,” according to the RCM.

The gold coin features a design stylistically similar to the silver $10 coin.

The reverse design emphasizes the energetic, bounding character of its representative animal. Canadian artist Aries Cheung has created a stylized depiction of a dog leaping with playful energy over the Chinese character for “dog” beneath it. Behind the canine is a rainbow and auspicious clouds, their swirling contours echoed in the dog’s fur to bestow good fortune upon this friendly and loyal zodiac sign.

The coin measures 28 millimeters in diameter. It has a mintage limit of 1,500 pieces and retails for $688.88 Canadian.

All prices listed here are in Canadian funds. Buyers outside Canada purchasing the coins through the RCM will pay a price based on the exchange rate at the time of purchase.