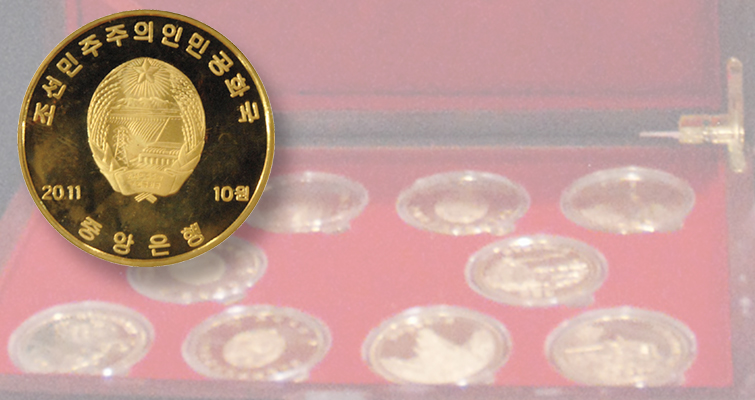 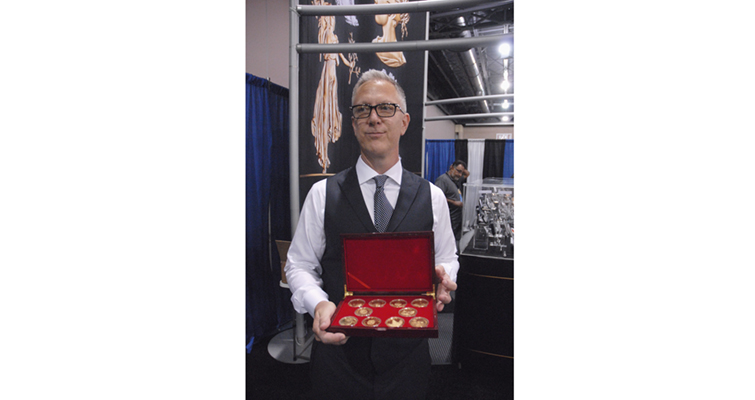 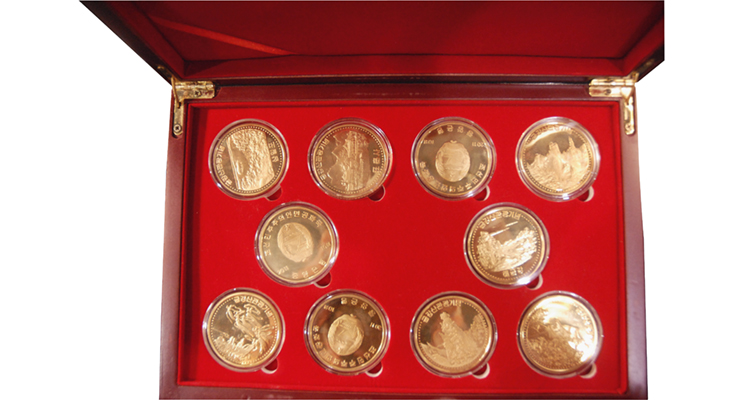 The commemorative coins are house in a deluxe wooden rpesentation box. 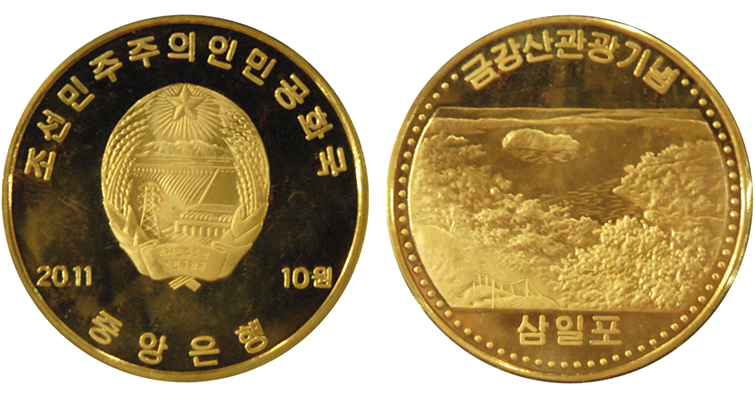 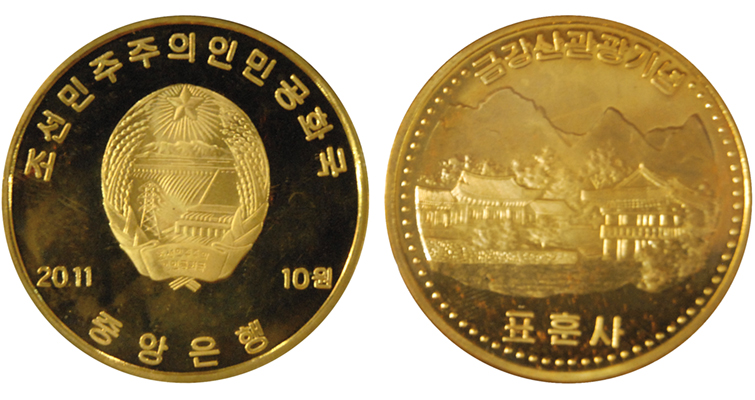 The second of 10 coins in the presentation set. 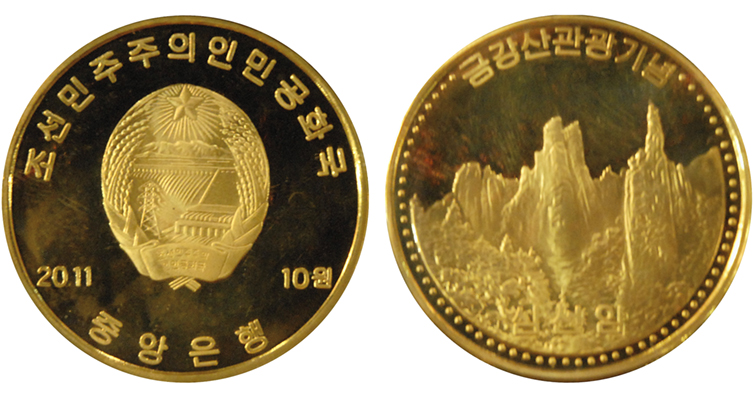 The third of 10 coins in the commemroative coin set. 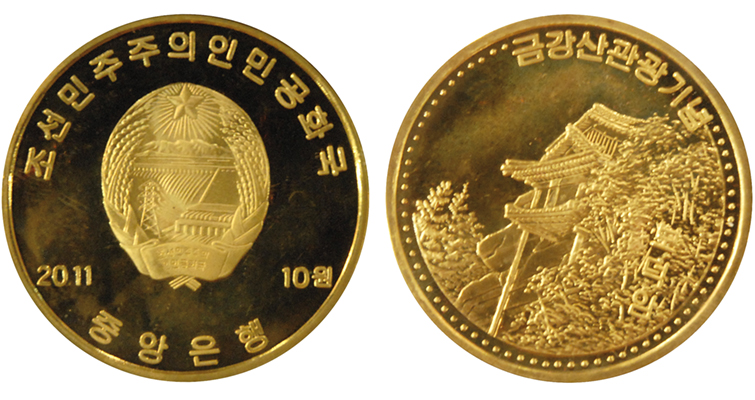 The fourth of 10 coins in the 10-won commemorative coin set. 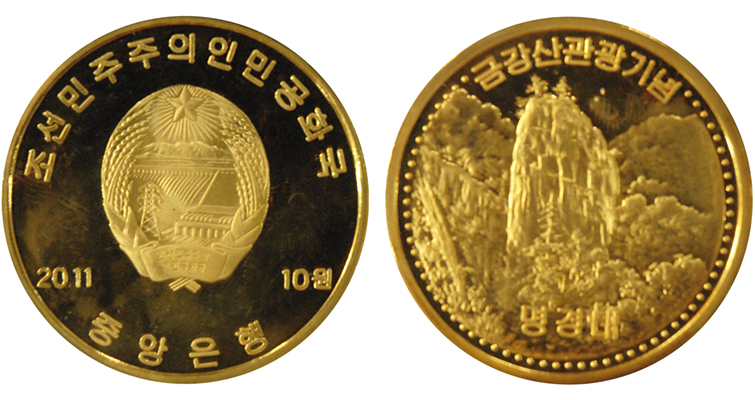 The fifth of 10 coins in the North Korean coin set. 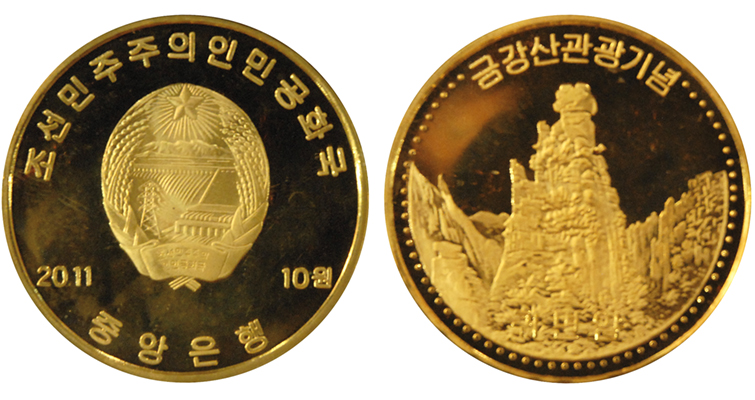 It is believed the dollar-size coins are gold plated. 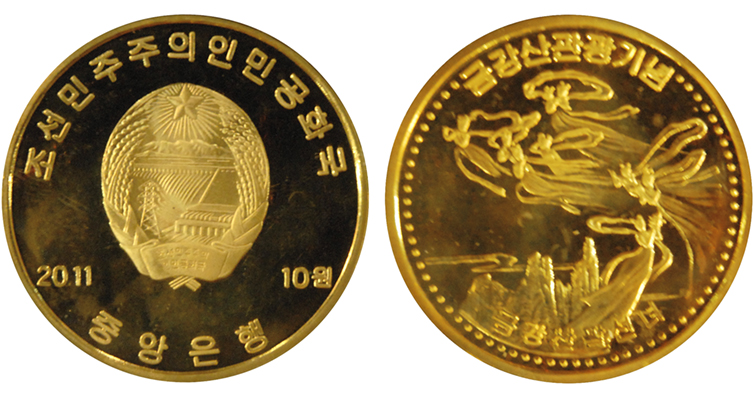 The seventh of 10 coins in the set. 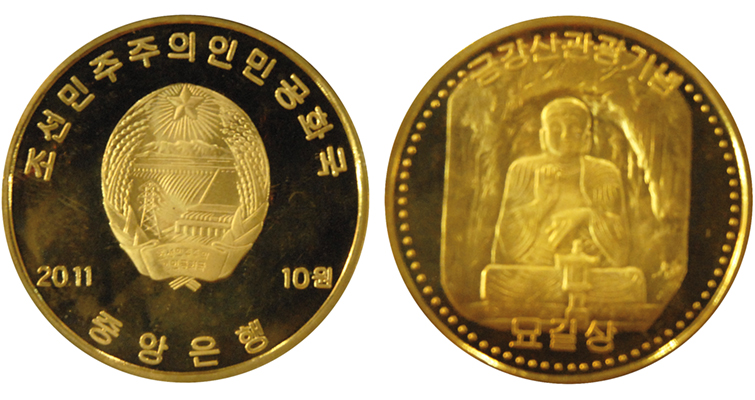 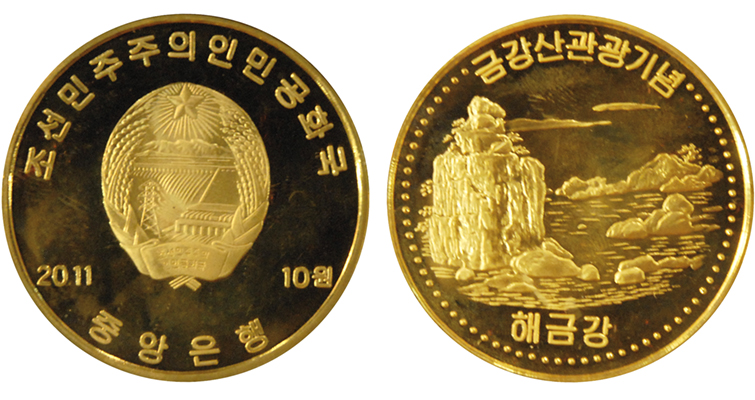 Ninth of 10 coins in the presentation set. 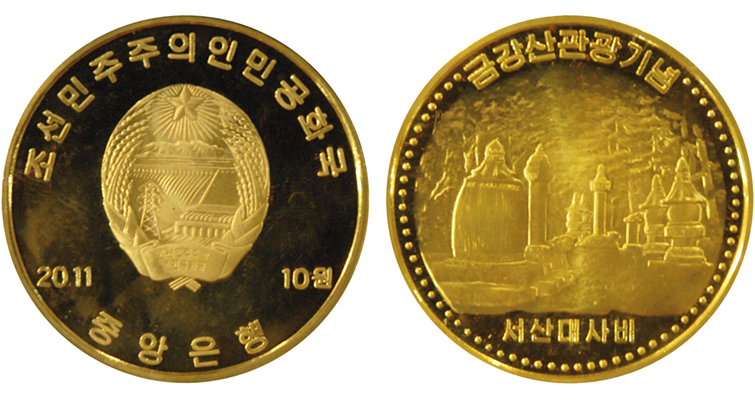 Tenth of 10 coins in the deluxe presentation set of North Korean coins.

It’s not often that one sees a set of coins from North Korea on the bourse of the American Numismatic Association World’s Fair of Money, much less an assemblage presented as a gift from the current president of the Democratic People’s Republic of Korea, Kim Jong Un.

The coins had been gifted to Manley recently by NBA Hall of Famer Dennis Rodman, who received them from Kim Jong Un during one of his visits to the communist nation, at a reception with the leader.

Manley and his United Sports Agency represented Rodman from 1995 to 1998 when he played for the Chicago Bulls and handled limited off-court affairs for him up until 2017.

The 10-won coins are roughly the size of a silver dollar — 1.5 inches, or 38.1 millimeters, in diameter. Manley said he does not know much about the coins themselves. Manley says he believes the coins appear to be gold plated over base metals.

The coins share a common obverse featuring the national arms of the Democratic People’s Republic of Korea.

Adopted in 1993, the symbol features a radiant star at the top, with the hydroelectric power plant at Sup’ung Dam; power line towers; and Paektu Mountain below.

Each of the 10 coins in the presentation set depicts a different image of the North Korean landscape and various natural and man-made structures.

Because of U.S. sanctions against North Korea, a question exists of whether ownership of the North Korean commemorative coins is subject to the interpretation and application of Treasury Department regulations and presidential executive orders, under U.S. law.

According to the Treasury Department’s Sanctions Compliance & Evaluation sector of the Office of Foreign Assets Control, a case-by-case assessment would be made using the following regulatory citations: 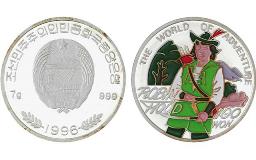 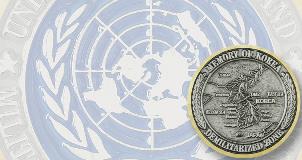 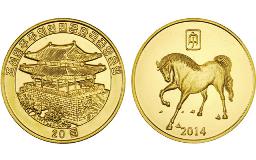