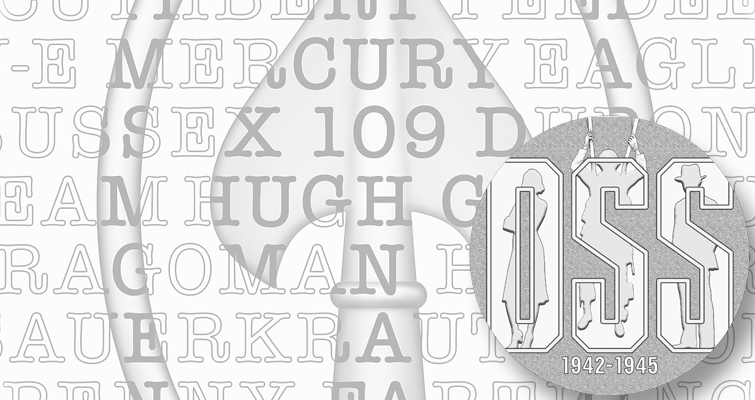 The covertness of the operations of the Office of Strategic Services during World War II is captured in proposed designs for a congressional gold medals honoring the exploits of the agents of the forerunner of the modern CIA. 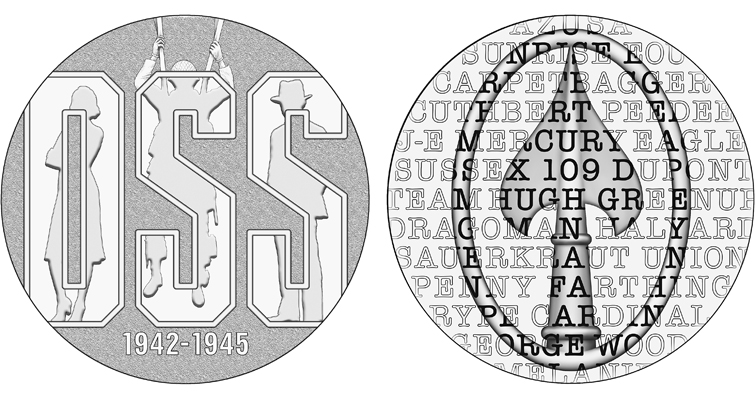 The CCAC recommended these designs for the Office of Strategic Services congressional gold medal. The designs incorporate the agency’s secretive capabilities, including the reverse, which features the OSS Spearhead inscribed with code words related to important OSS missions and agents.

*NOTE: All design proposals can be seen toward the bottom of this post.*

The Citizens Coinage Advisory Committee recommended designs for the congressional gold medal to honor the Office of Strategic Services that reflect the covert nature of the World War II spy agency.

Revised design proposals for the congressional gold medal honoring the exploits of the members of the OSS were scrutinized Sept. 19 by the CCAC, with the Commission of Fine Arts set to review them on Sept. 20.

The obverse design recommended Sept. 19 by the CCAC for the gold medal features the inscription OSS with each letter partially revealing and partially concealing the silhouettes of three figures — a woman in civilian garb, a paratrooper falling to earth, and a man in a suit. Each is rendered as a shape only, without internal detail, hinting at the way OSS agents sought to operate anonymously, in the shadows. The design also features the dates “1942-1945,” the years during which the OSS operated.

Both recommended designs were also favored by the OSS Society.

The medal was authorized under provisions of Public Law 114-269.

According to the public law, "The Office of Strategic Services (OSS) was America’s first effort to implement a system of strategic intelligence during World War II and provided the basis for the modernday American intelligence and special operations communities. The U.S. Special Operations Command and the National Clandestine Service chose the OSS spearhead as their insignias."

Nine obverse and eight reverse designs were provided to the two panels for review at their September sessions.