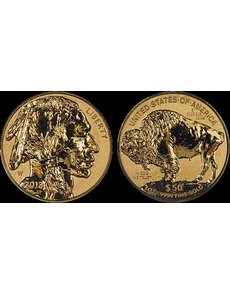 The Reverse Proof 2013-W American Buffalo 1-ounce gold coin met with strong demand during a roughly four-week sales period, with buyers at the ANA convention near Chicago cashing in on the first coins to enter the market.

Tom Jurkowsky, director of the U.S. Mint’s Office of Public Affairs, said the morning of Sept. 6 that the sales counter to be posted on www.usmint.gov that afternoon would represent total sales recorded through the close of sales for the program at 5 p.m. Eastern Time Sept. 5.

The highest daily sales were recorded on the first day, with 21,010 coins sold.

The Reverse Proof gold coins were initially offered at $1,640 per coin, subject to change weekly according to the Mint’s pricing grid for precious metals coins based on the London PM fix for the spot price of gold.