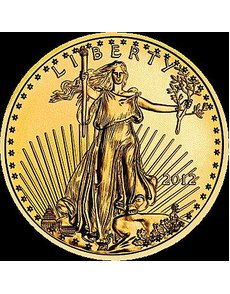 The 1980s Gold Commission rejected a return to the gold standard in the United States but did advocate in its 1982 report what it called “American Eagle bullion coins”; the coins were not authorized until 1985. The Republican Party has approved a presidential platform that contains a plank calling for formation of a similar commission.

The Republican Party’s platform for the November presidential election contains a plank calling for what amounts to a new Gold Commission although the plank’s language does not mention the word “gold.”

The platform was approved during the party’s presidential nominating convention in Tampa, Fla., Aug. 27 to 30.

The plank in the party’s platform calls for a commission similar to that authorized in October 1980 during the administration of President Jimmy Carter and implemented during the presidency of Ronald Reagan. That 1980s commission pondered multiple gold-related subjects, including whether the United States government should return to a gold standard, make changes to the then ongoing sales of the American Arts Gold Medallions and authorize the Treasury Department to issue gold bullion coins.

Several Republicans who sought the nomination as the party’s presidential candidate during the 2012 election campaign had called for consideration of a return to a gold standard during their campaigns, most prominently Rep. Ron Paul, R-Texas, a member of the 1980s Gold Commission. Paul has been one of the nation’s most prominent proponents of the classic gold standard — in which U.S. paper money is backed by physical gold — since he entered politics in the 1970s. When the 1980s Gold Commission rejected the gold standard, Paul and another commission member wrote a dissenting report for Congress in which they continued to advocate for adoption of a gold standard.

Newt Gingrich, who dropped out of the race early in the 2012 Republican campaign, said in January 2012 that the United States should think about returning to the gold standard and touted the establishment of a new Gold Commission during his campaigning.

The 2012 platform plank does not explicitly call for a return to a gold standard.

The plank approved in August, written in partisan platform style, reads: “Determined to crush the double-digit inflation that was part of the Carter Administration’s economic legacy, President Reagan, shortly after his inauguration, established a commission to consider the feasibility of a metallic basis for U.S. currency. The commission advised against such a move. Now, three decades later, as we face the task of cleaning up the wreckage of the current Administration’s policies, we propose a similar commission to investigate possible ways to set a fixed value for the dollar.”

The language of the platform fails to mention that the 1980 Gold Commission was authorized by a Congress controlled in both houses by the Democrats and signed into law by President Carter, and not during the Reagan administration.

However, at least in part because Reagan defeated Carter in the presidential election held a few weeks after the Gold Commission legislation became law, Carter took no steps toward implementation. Reagan implemented the Gold Commission after he took office in January 1981.

News accounts suggest that returning to the gold standard, while supported by some factions in the Republican Party, does not appear to be a major policy position of Gov. Mitt Romney, now the Republican candidate for president.

Romney, in an interview with CNBC in January 2012, when questioned whether he was looking at a link between gold and the U.S. dollar, said that the gold standard is not a “magic bullet substitute for economic restraint.”

The majority of the members of the 1980s Gold Commission were not gold standard advocates, although many did show support for resuming the production of U.S. gold coinage. The commission was chaired by Donald T. Regan, Reagan’s first Treasury secretary.

If Gingrich had his way, however, the new Gold Commission would be chaired by gold standard supporters. Gingrich, talking to Mother Jones following approval of the platform, confirmed his earlier support for appointing gold supporters to the new commission, including Lewis Lehrman. Lehrman served on the 1980s Gold Commission and co-wrote that panel’s minority report with Paul.

Although the earlier Gold Commission rejected a return to a gold standard in its March 31, 1982, report, it did take a pro-gold stance in another area that eventually led, if indirectly, to creation of the American Eagle gold bullion coins.

In its March 1982 report to Congress, the commission favored “Treasury issue of gold bullion coins of specified weights, and without dollar denomination or legal tender status, to be manufactured from its existing stock of gold and to be sold at a small mark-up over the market value of the gold content. ...”

The day after the report was issued, Rep. Paul introduced the American Eagle Gold Coin Act of 1982 in the House. Paul’s legislation sought four gold coins to be denominated by weight only, with no face values. The coins were to be acceptable in settlement of private debts but not legal tender in payment of federal taxes, duties or dues. While Rep. Paul’s legislation gained some support in Congress and from Treasury officials, it did not pass before the close of the 97th Congress. Similar measures introduced in the 98th Congress also failed to gain passage.

Legislation calling for American Eagle gold bullion coins was again introduced in Congress, but this time the results were different than in earlier efforts to approve the coins. Legislation became law on Dec. 17, 1985.

The authorizing act differed from earlier proposals in that the coins it approved were assigned denominations and made legal tender. ¦